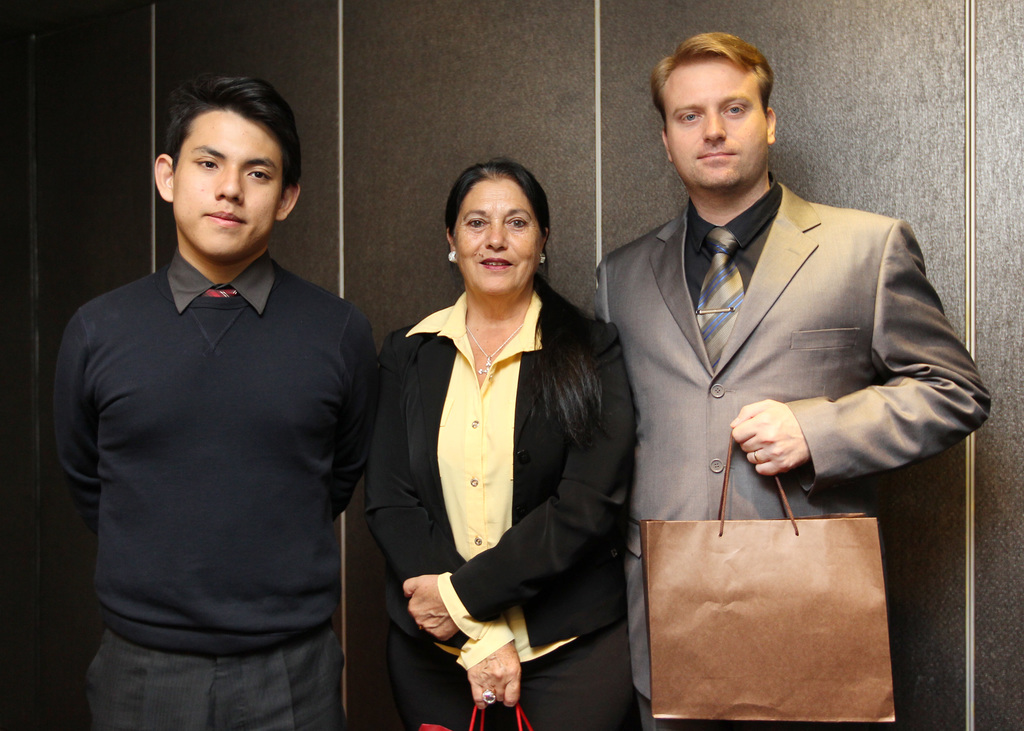 Taipei, Jan. 19 (CNA) Iruan Ergui Wu, a Taiwanese-Brazilian teenager who returned to Taiwan this month for the first time since a bitter custody battle a decade ago, will leave Taiwan on Sunday evening. The most important occurrence for Wu during his 17-day visit to Taiwan was the reunion with his Taiwanese family and elementary school classmates in Kaohsiung, the 18-year-old told reporters at a farewell party hosted by the Rotary Club of Taipei Nanmen. He said he felt "reluctant and sad" to leave Taiwan and hoped he could come back soon, though the most important thing for him at present is to focus on his studies. The teenager said he had originally planned to study language in college, but now is more interested in movies and films, after performing in dramas at his Brazilian high school. Wu, who is also known by his Chinese name Wu Yi-hua, will depart Sunday for Brazil with his adopted mother, Etna Borkert. She and another son accompanied Wu on his visit to Taiwan, which began January 3. In Taiwan, Wu participated in church-sponsored activities and visited relatives in his father's hometown of Jiading, Kaohsiung City. He was warmly received wherever he went. The death of Wu's father triggered a custody battle, which resulted in the 8-year-old being sent to Brazil in February 2004 to be looked after by his maternal grandmother, Rosa Leocadia DaSilva Ergui. She died last year but, by then, Wu had been with the Borkert family for four years. The developments of the lengthy court battle, the police-enforced execution of the court order, and especially the frightened-looking boy's departure from the airport, were widely covered at that time by Taiwanese media. (By Hsieh Chia-chen and Jeffrey Wu)