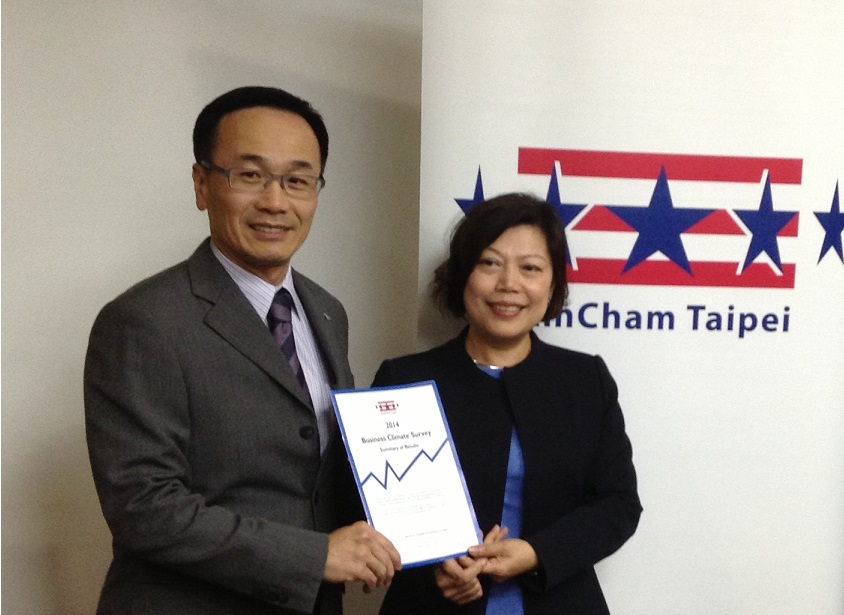 Governmental bureaucracy jumped to the first place in the issues which business leaders in AmCham member companies consider the greatest impacts on their operation in Taiwan, followed by issues of inconsistent regulatory interpretation and changes in local demand, according to the 2014 Business Climate Survey released by AmCham Taipei on Thursday.

Interestingly, the survey reveals rising concerns on the pace of Taiwan’s economic growth for 2014 than it had for 2013. The result is in a sharp contrast to respondents’ growing optimism towards the growth in global and European markets for 2014 and what the recent market outlook reports presented by foreign financial institutions.

The major risks confronting business in the coming years listed in the survey include the economic slowdown in Taiwan as well as political unrest. Both weigh higher as compared to prior year while respondents show less worry on global economy seen in the survey of last year. In the meantime, the 2014 survey reflects heightened dissatisfaction with bureaucratic obstacles to business operations. The respondents cited the need for greater consistency in regulatory interpretations, adhering to the rule of law and transparency in the regulatory process.

Speaking of the hiring mood, 43 percent of the AmCham companies surveyed increased their headcount in 2013, either substantially or slightly. Another 39 percent reported no change. Those who increased hiring are mostly the larger companies with more than 500 full-time employees. Again, larger companies were thinking to recruit more personnel in 2014, mostly seen in companies in the legal services, management consulting, healthcare, and human-resource consulting sectors.

In the survey, the AmCham business leaders described the Economic Cooperation Framework Agreement (ECFA) as a positive development for both sides. Majority of business leaders were hoping both Taiwan and U.S. governments to conclude a Bilateral Investment Agreement (BIA), identifying a BIA as bringing advantage for their businesses. Over 80 percent of the respondents strongly support Taiwan’s TPP bid, and 65 percent of the respondents said they believe Taiwan will be able to meet the high standards of this free trade agreement.

AmCham’s survey was based on views and opinions received from 220 voting members, mainly high-level executives, between November and December in 2013. Nearly two-thirds of respondents expect a substantial (11 percent) or modest (53 percent) increase in both revenue and profits in the coming year.