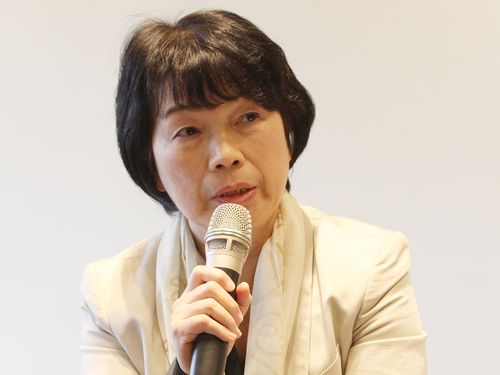 Taipei, Jan. 8 (CNA) The minister of culture accused China Wednesday of being "unilateral" and "rude" in comments she made on a proposal offered by China at a cross-Taiwan Strait media forum late last month.
"If Beijing is sincere in promoting mutual trust and exchanges between the two sides of the Taiwan Strait, it should not do such a thing again," said Lung Ying-tai. Mainland Affairs Council Minister Wang Yu-chi said the forum was organized by Beijing's CCTV, and the six-point proposal was announced by China unilaterally without full discussion or voting by the representatives of more than 70 Chinese and Taiwanese media outlets attending the forum.
The MAC therefore refused to recognize what Beijing described as a so-called "joint" proposal, Wang said. At issue was the forum held Dec. 22 in Beijing and the proposal read at the end of the gathering, which included pushing for cross-strait media to reciprocally set up long-term offices on each side, as well as a cross-strait media club. Both Lung and Wang made the remarks when they were invited to give a report on the forum at a legislative committee meeting. Several legislators of the opposition Democratic Progressive Party (DPP) also questioned if it is legal for a newspaper based in China's Shanxi Province to publish a Taipei edition in Taiwan.
DPP Legislator Chen Ting-fei said the newspaper will publish news through Taiwan's Want Daily, a move that she said comes in the wake of the proposal at the media forum. However, MAC Deputy Minister Chang Hsien-yao said the newspaper has no intention of publishing or selling in Taiwan under its own name. Instead, the Shanxi publication -- Sanjin Metropolis -- will provide Want Daily with copy related to two sides of the Taiwan Strait, which will be edited by Want Daily staff.
The MAC and the Ministry of Culture will keep tabs on the matter, Chang said. Lung noted that Taiwan currently does not allow Chinese newspapers to be published here, and said the ministry will collect related information and deal with the matter according to the law. (By Chen Wei-ting and Lilian Wu)