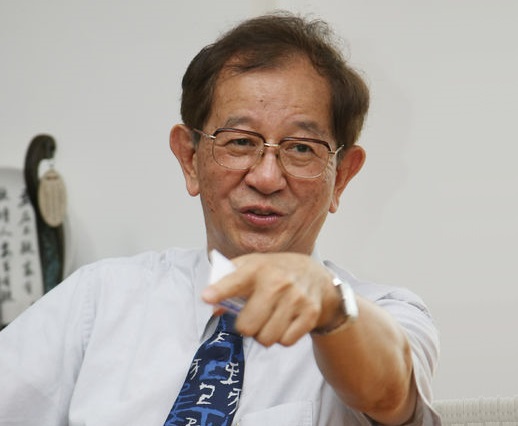 As social and environmental injustice is depriving young generations of better living quality and sprawling out to more corners in the country, there is one man, aged nearly 80, loudly speaking on social issues on behalf of the common people. This is the man who has been doing extraordinary things, as impressive as his educational and working backgrounds. He is Lee Yuan-tseh, the first Taiwanese Nobel Prize laureate and former Academia Sinica president.

In a recent media interview with Business Today, Lee pointed out the social issues in Taiwan, including the 18% preferential interest rate enjoyed by retired military personnel, public functionaries, and public school teachers; the huge gap between rich and poor; government efficiency; global warming and food crisis.

Even though he is one being qualified to enjoy the benefit of 18% preferential saving rate, Lee distastes such "benefit" and refuses to take advantage of it. Also, he criticizes that such civil service retirement pension scheme would grow a heavy tax burden for next generations.

In addition to bashing the preferential interest rate system, Lee also notes that some of the super rich avoid paying tax. As such, the salaryman pays the bills of the whole country. Lee says he feels sad for his young assistants, who he describes as living in a far-away but affordable community to sustain a living out of their thin wallets. However, the retirees at his age can afford numerous trips with their fat pensions. Lee says retirees should save a little or delay retirement.

Speaking of the environmental issue, Lee says that overconsumption leads to global warming and climate extremes, destroying human lives and agricultural production capability. Lee cited the United Nations report saying the world population is going to reach 9.7 billion by 2050, while food production is to dwindle to half its current level.

Talking about food self-sufficiency, Taiwan stands at only 32% of total food consumption, much lower than the 60% for Japan. Lee urged the government to consider the problem of overdevelopment island-wide and reserve more land to grow food, leaving a sustainable future to our next generations.

After expressing dire concern about social and land injustice, Lee sees hope in Taiwan's politics by referring to some mass protests over the death of army corporal Hung Chung-chiu, who allegedly died from abuse while serving in the military. The mass protests effectively put an end to the military tribunal system. Lee sees this victory as proof that the power and voice of the Taiwanese people are strong.