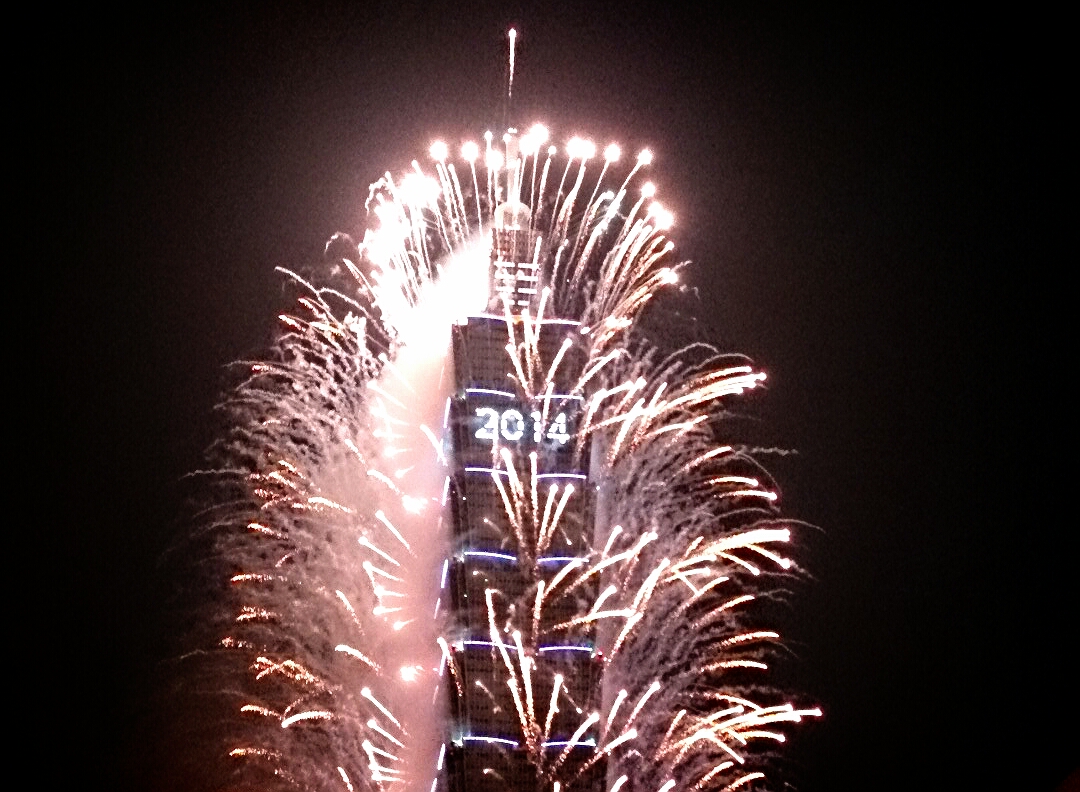 Taipei 101 Tower, one of tallest skyscrapers in the world, was celebrating the arrival of 2014 with a 218-second firework display at the countdown party. The show was 30 seconds longer than the show of 2013, transforming the 509-meter-high Taipei 101 into a firework frenzy show.

According to a statement previously revealed by the building owner, French pyrotechnics company Groupe F is in charge of the design of an over-three-minute Taipei 101 firework show. Michael Chia-hao Liu, corporate spokesman of building owner Taipei Financial Center, said earlier that carbon emissions from the fireworks are expected to reach only two-thirds of those from previous years.

The countdown event at Taipei 101 was ever chosen by CNN in 2012 as one of the top 10 places to welcome the New Year around the world.