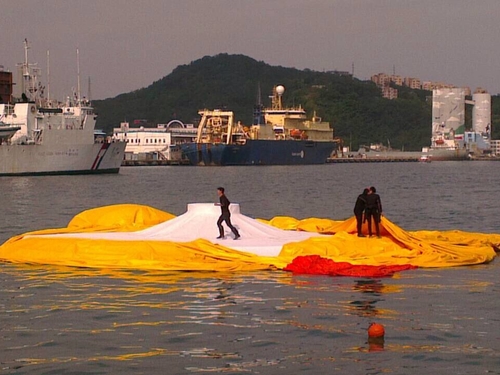 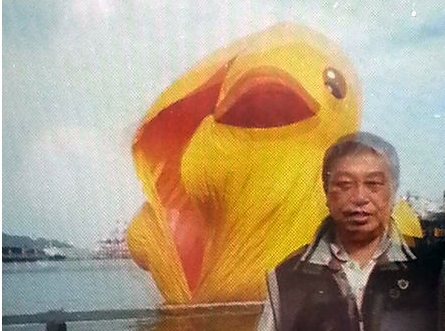 The famed Rubber Duck is having a bumpy journey since coming to Taiwan. Tuesday noon, the Rubber Duck bursts in Keelung, following its first collapse in early November during its Taoyuan tour. The cause of the burst was not determined, but some media reports said it was probably punctured by an eagle's claw.

After the bursting accident, the organizer has made a request to Kaohsiung City government in hopes of borrowing its Rubber Duck to replace the broken one. Kaohsiung City Mayor Chen Chu accepted the request, but Keelung city council speaker Huang Ching-tai declined to accept this offer out of concern that the Kaohsiung Rubber Duck might also end up with bursting or encountering other damages under severe weather condition in Keelung, saying the Keelung team will repair the broken duck as soon as possible. However, the manufacturer of the Keelung Rubber Duck responded that repair will take time and there is no timeline for the completion of the work.

In response to the absence of a Rubber Duck, Keelung City government just decided to make a “blessing wall” to meet the disappointed tourists.

The Rubber Duck, a giant art outdoor installation created by Dutch artist Florentijin Hofman, is being displayed at Maritime Plaza during its Keelung visit starting from December 21 to February 28 of next year. The Rubber Duck has created a craze in Kaohsiung and Taoyuan earlier in September and November.

Also in late December, Hofman cancelled his trip to inaugurate the duck out of disappointment and disagreement about the arrangements, criticizing organizers for turning it into a commercial circus. The organizer later made apology to the artist.