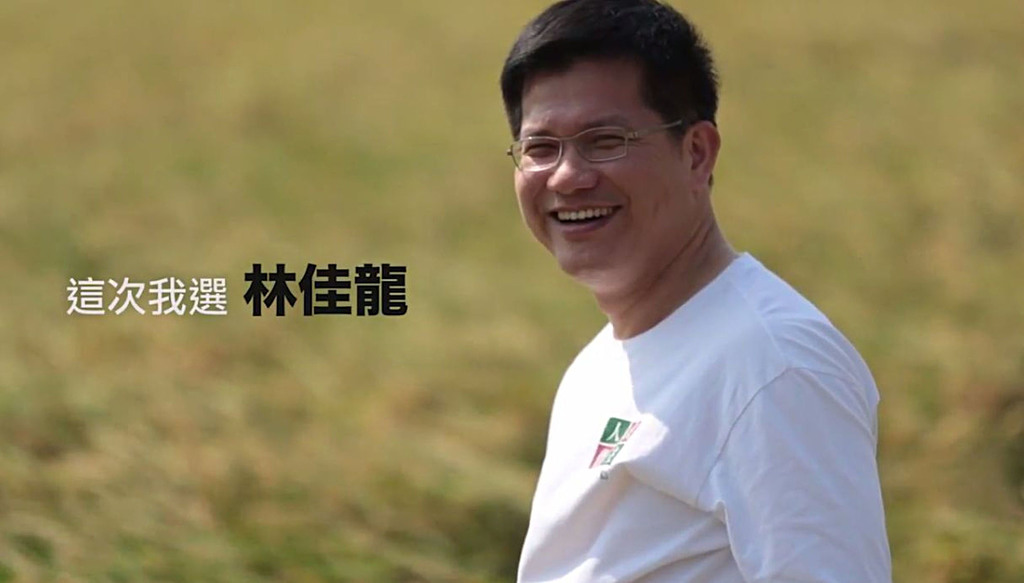 TAIPEI (Taiwan News) – Lawmaker Lin Chia-lung won the poll to become the main opposition candidate in next December’s Taichung mayoral election, the Democratic Progressive Party announced Tuesday.
Lin was the favorite to defeat incumbent Kuomintang Mayor Jason Hu if the latter decided to run for re-election, other recent opinion polls showed.
The former Cabinet spokesman from the DPP received 44.73 percent in the party poll, compared to 34.30 percent for his only rival, lawmaker Tsai Chi-chang. The main opposition party has held primary polls in several other cities and counties, but this was the first time the contenders agreed to have their poll percentages revealed to the public.
The poll was conducted by telephone Monday evening by three polling companies, DPP Secretary-General Lin Hsi-yao said. Both Lin and Tsai managed to defeat Hu in polls comparing each DPP candidate with the KMT incumbent, but Lin’s margin of victory was larger, reaching 10 percent, the secretary-general said. A total of 3,813 Taichung voters were polled.
The result will be officially confirmed at a DPP Central Executive Committee scheduled for January 15.
Lin Chia-lung thanked his voters and said he would ask the national party leadership to send representatives to Taichung to help with his campaign. He told reporters he had phoned Tsai as well as Su Jia-chyuan, the former DPP secretary-general who ran for Taichung mayor in 2010.
Hu, a former foreign minister and government spokesman, is approaching the end of his first term as mayor of the directly ruled city former by the 2010 merger of Taichung County and Taichung City, which he already ran for two consecutive terms.
Recent polls have indicated voter fatigue with the KMT mayor. He has still not indicated whether he will run in the December 6, 2014 race, though he told reporters he would be willing to step aside if a better candidate came along.
KMT lawmaker Tsai Chin-lung has said he wants to run, but other possible contenders include Deputy Mayor Hsu Chung-hsiung and lawmakers Lu Shiow-yen and Chi Kuo-tung. Hu’s former deputy, Deputy Interior Minister Hsiao Chia-chi, has also been named by the media as a possible successor.
The 2014 local elections are seen as the final major test of public opinion for the KMT and the DPP before the early 2016 presidential and legislative elections.
Taiwan will count six directly administered cities at the next election, with Taoyuan County being promoted to city status.
According to recent opinion polls, the DPP incumbents Chen Chu in Kaohsiung and William Lai in Tainan are almost assured of re-election, with the KMT’s John Wu leading the survey for Taoyuan.
The situation is the most unpredictable in Taipei City and New Taipei City. In the two areas, former Premier Yu Shyi-kun is the only candidate to have already been confirmed, for the DPP in New Taipei City. KMT incumbent Eric Liluan Chu is seen as popular, but he might choose to stay away in order to focus on the presidential race, reports said. In this event, his deputy, former national police chief Hou Yu-ih, or Interior Minister Lee Hong-yuan might run.
In Taipei City, the situation has become even more complicated on both sides. Sean Lien, the elder son of former Vice President Lien Chan, is the poll favorite but several lawmakers and city councilors have also expressed interest, while the central government might also try to launch a candidate of its own, reports said.
On the DPP side, three prominent members, former Vice President Annette Lu, lawmaker Hsu Tain-tsair and attorney Wellington Koo are facing an outside challenge from well-known doctor Ko Wen-je. The popular trauma expert has said he might make up his mind whether or not to join the DPP in March at the latest.
DPP lawmaker Yao Wen-chih suggested the opposition party first hold an opinion poll to determine who is its most popular candidate, before having him or her face off with Ko in a second round of polling.
Lu opposed the proposal and said DPP Chairman Su Tseng-chang would as well.