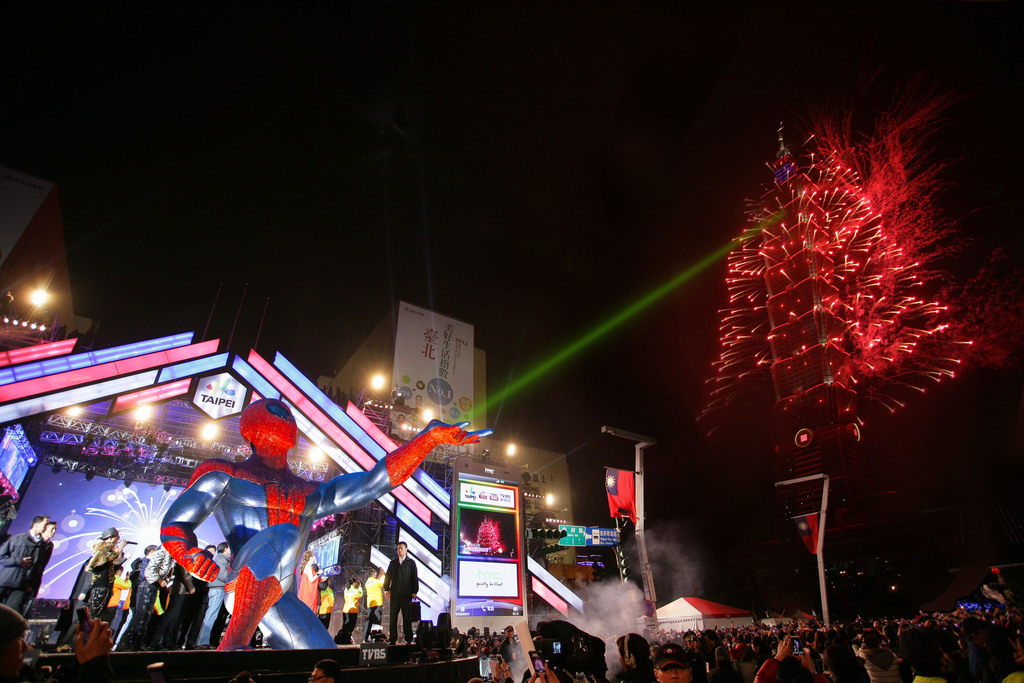 Taipei, Dec. 30 (CNA) For the second consecutive year, revelers worldwide will be able to welcome the New Year with live footage of Taipei's annual fireworks celebration, a 218-second spectacular to launch from the nation's tallest skyscraper.
The Ministry of Foreign Affairs said Monday that it is offering footage of the major fireworks show live via satellite and has contacted international media outlets and foreign correspondents stationed in Taiwan about the show, which it called one of the world's "most visible."
Fireworks have been launched at the stroke of midnight from the 509-meter-high Taipei 101 every year since 2005, becoming a major draw for people from across the country -- and the world.
Largely thanks to the annual celebration, CNN has named Taipei one of the best places in the world to ring in the New Year. The event has been carried by broadcasters including Fox in the U.S., the BBC in the U.K., Australia's ABC and KBS in South Korea.
At 218-seconds long, this year's show will be 30 seconds longer than last year's. It will be themed around the number 10 to mark Taipei 101's tenth anniversary, according to building management. (By Tang Pei-chun and Y.L. Kao)