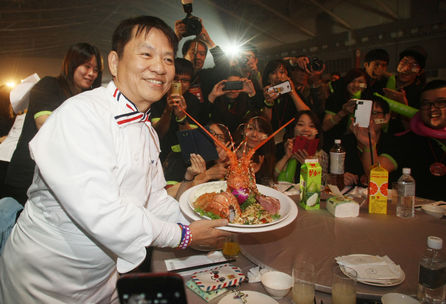 The head of the Taipei Western Restaurant Association has criticized the Wowprime Group for its announcement that it plans to raise prices at six of the establishments under its aegis. Association chairman Chang Chen-min called the group’s move "unreasonable" in light of market conditions and the chain’s business operations.

Six of the 14 restaurant chains currently in Wowprime’s lineup are scheduled to hike their prices on the eve of Chinese New Year on January 31 next year. The chains are Wang Steak, Tasty Steak, Tokiya, Chamonix, Gi Hokkaido Kelp Hot Pot and ikki New Japanese Cuisine. The increases are said to range from about 2.5% to 10% of current rates, with the greatest increase to come at Gi, where the basic rate will rise from NT$198 to NT$218.

The wave of price increases has caused an uproar in the Western restaurant sector in Taiwan, with some insiders saying the adjustment is understandable while others think it is too broad a change. Chang noted that Wowprime chairman Steve Day is often in the media spotlight saying how good business is and crowing that his companies are making a good profit, so why would that lead to a raise in prices?

Chang pointed out that Taiwan is a free market with ample adjustments mechanisms, and the industry has no right to set prices. But for someone to constantly say the consumers love his restaurants and then turn around and hike prices, isn’t that a little contradictory, he asked

Hsieh Yi-jung, president of Oggi Pizza, claimed that food costs at Wowprime’s restaurants are actually fairly low. He said that only 26% of the average bill at Wowprime establishments goes to pay for the food while at most restaurants the food costs represent 30% or more of the customer’s bill. Hsieh that while Wowprime’s decision to raise prices is understandable, it is still difficult to accept.

A Wowprime spokesperson replied to critics by saying that profits at Gi have not been that good, plus utilities and food costs have both risen for restaurants throughout the group during the past year or more. He said that although turnover from January to November this year grew by 15.17%, profits have fallen by nearly half and prices must be adjusted in order to maintain certain targets.

Wowprime’s 14 restaurant chains presently have more than 330 outlets in Taiwan and China, and the group has announced that it will add more than 100 new outlets under a new brand name next year. Chairman Day says that the average cost per customer at the new chain will be around NT$300. He adds that another 55 new outlets will be added under existing brands to bring its total in Taiwan to 349 restaurants. The company also has plans in the works for restaurants in hypermarkets, a move which should help to expand the customer base and market size of the brands involved.
Wowprime group reported a net profit of NT$1.05 billion on sales of NT$1.22 billion through the end of November this year. The sales figure was up 24.44% from the same period a year earlier and up 1.67% from a month earlier.