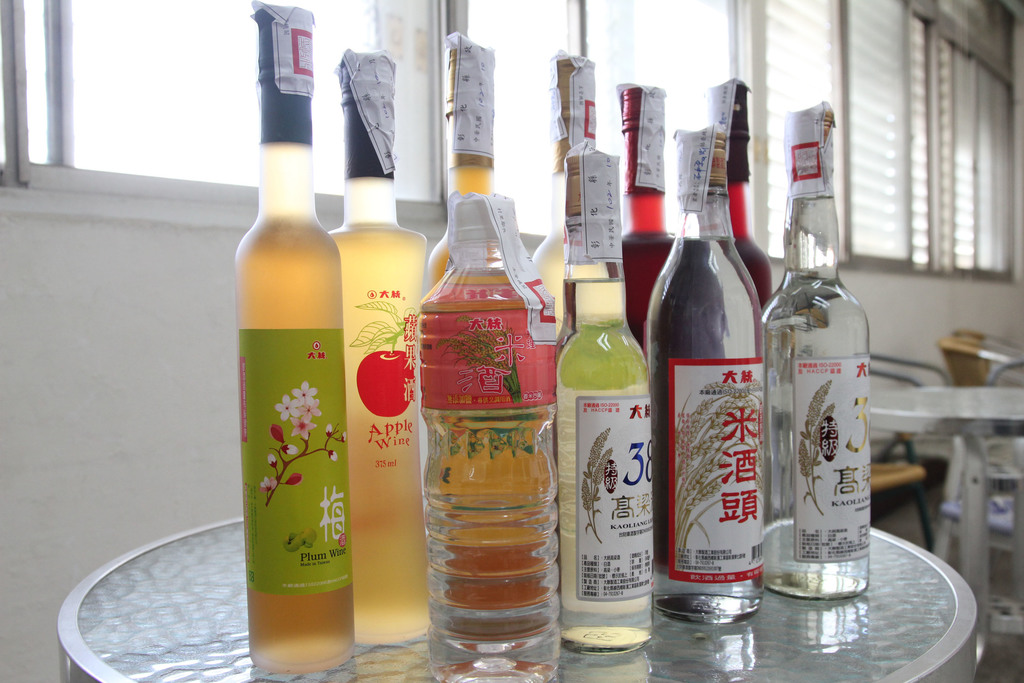 The Changhua County Commission has analyzed liquor products marketed by Alliance Liquor Industry, an affiliate of Tatung, and found that of twelve products sold by the company, rice wine for cooking was found to contain no rice wine while its grape wines similarly were completely ‘free’ of grapes. The company was charged with a total of 11 kinds of false labeling and assessed a single penalty of NT$5.5 million.

Changhua County Government Finance Director Chan Ming-jui says that of the dozen different kinds of wine Alliance has on the market, its top-tier ginseng wine was the one product that met the standards for content, with the remaining 11 made up of food-grade alcohol with rice flavoring and juice mixed in to make wine.

The Changhua County Finance Department also found that Tatung produced more than 400,000 liters of rice wine for cooking this year, of which 60,000 liters were sold to the military, with the remaining 340,000 liters sold in 600cc bottles in grocery stores and convenience stores across the island.

Chan notes that Tatung was issued a liquor license by the Ministry of Finance in 2006 and soon began producing wine. County government figures showed a wine production capacity of 500,000 liters and 400,000 liters for last year and this year, with no records of how much of the output was unsold.

Tatung officials have said they hope that attaching new labels to their mixed oil products will allow them to re-stock the products and sell them. For wines, however, it is not that simple. Chan notes that if Alliance wants to re-label its wine product and market them, it will have to re-apply to the Ministry of Finance for a mixed wine license.

The "big lie" which Alliance has foisted on consumers has led the Ministry of Finance to consider imposing a shutdown of six months to a year on production, and the company must initiate a recall of offending products on the day after the Changhua County Government charges it for liquor violations.

The Consumers Rights Association says returns of Alliance products will be handled in much the same way as Tatung’s oils, with consumers taking suspect products to the Changhua County Government Service Center to register or back to the retailer with an invoice or other proof of purchase.

Meanwhile an inspection team from the Taipei City Health Bureau has visited three honey-producing enterprises in Yunlin County and found that all three companies are marketing so-called ‘honey’ in which the actual natural honey content is not up to standard or, in some cases, there is no honey at all in the products.

Yunlin County Health Secretary Wu Chao-chun observes that the Taipei City Health Bureau uses testing methods based on the isotope carbon-13 to determine whether the honey content in a product meets the standards for "pure honey" and "super-pure honey." This particular testing approach has not been approved by China National Standards (CNS), thus health authorities are holding off on further action until approved testing can be carried out. In the meanwhile officials have slapped a fine of NT$40,000 on the Spring Honey Company for misleading labeling of a product identified as "100% pure natural" longan nectar which was obviously not naturally produced.

The growing list of scandals involving virgin olive oil with no virgin olive oil, peanut oil with no peanuts, rice wine with no rice and honey with no honey has led one opposition legislator that the government’s failure to control the rampant production of fake and even dangerous foodstuffs shows that the Presidential Office is an office with no president.