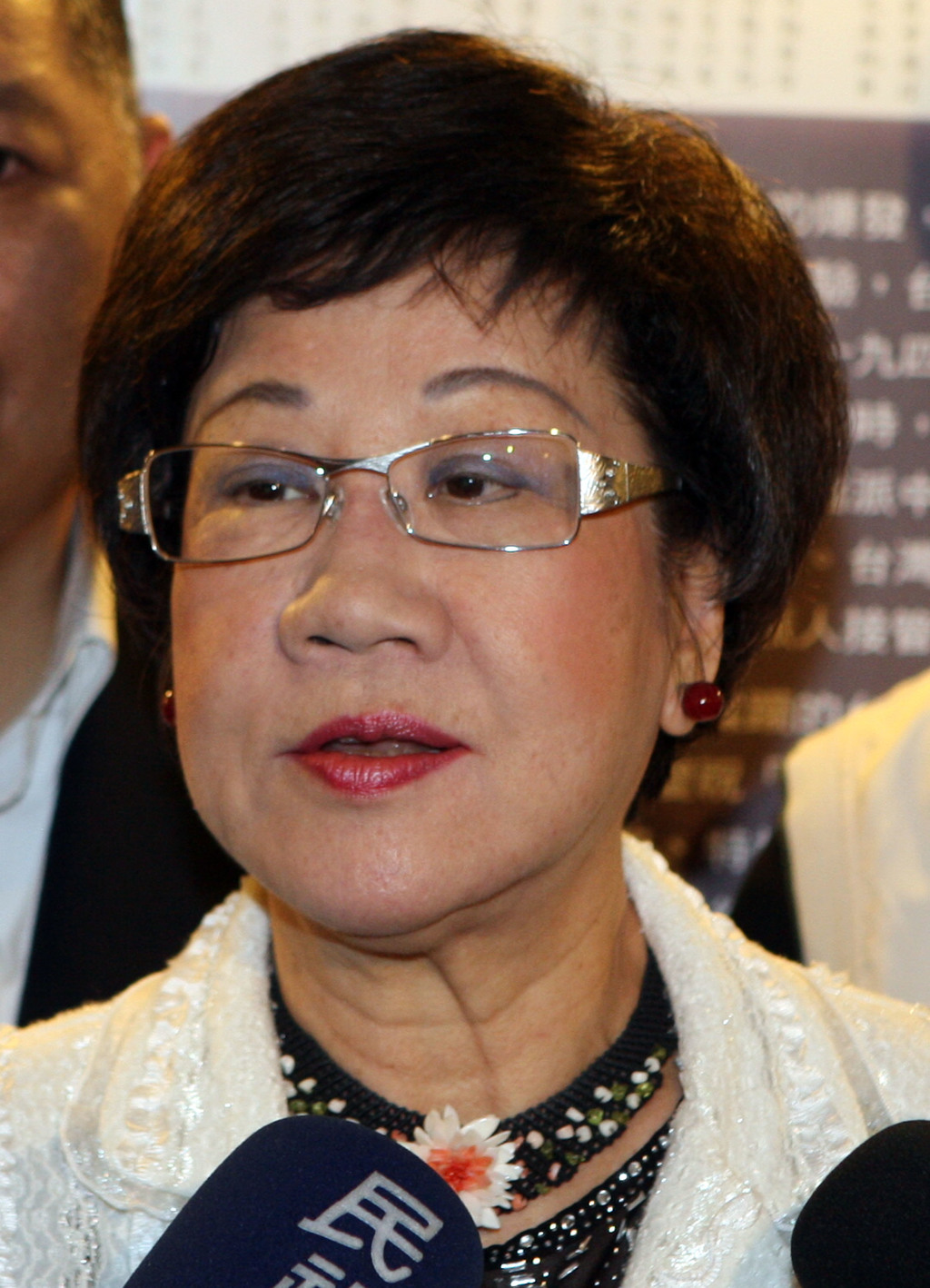 TAIPEI (Taiwan News) – Former Vice President Annette Lu announced Saturday she was joining the race to become the opposition Democratic Progressive Party’s candidate for mayor of Taipei City.
Lawmaker and former Tainan City Mayor Hsu Tain-tsair, prominent attorney Wellington Koo and Taipei City Councilor Chou Po-ya already launched their bids, while doctor Ko Wen-je is widely believed to be preparing an attempt, even though he is not a member of the DPP.
The election for the four-year term as mayor of the capital takes place in early December 2014, as do other mayoral, county magistrate and council elections all over Taiwan.
Lu launched her bid at the 228 Memorial Park in central Taipei in the presence of more than 60 neighborhood wardens, representatives of social organizations and DPP politicians from several areas.
The high number of candidates meant that the opposition party included a lot of political talent, she said, expressing confidence that the final winner of the nomination would also be the contender most likely to win the mayoral election itself.
DPP Chairman Su Tseng-chang hoped it would be possible to negotiate and find the best candidate, Lu told reporters.
She rejected criticism of her age, 69, because age could mean experience and wisdom. The former vice president also described the 2014 election as an important test ahead of the 2016 presidential election. “If we lose Taipei, we will also lose Taiwan,” she said.
Lu recently said that if she was elected mayor, she wanted to see a merger between Taipei City, New Taipei City and Keelung into a Greater Taipei. Keelung could exceed its present limitations by becoming the international harbor for the capital. In addition, she mentioned her own experience as a local leader. She was elected as Taoyuan County magistrate before serving as vice president from 2000 to 2008.
The DPP said Saturday it could decide by the end of November on who its candidates would be in the six counties and cities it was already running. The opposition party holds Kaohsiung, Tainan, Pingtung, Yunlin, Chiayi County and Yilan.
The party will hold opinion polls later this month to decide on nominees in Yunlin and Pingtung, where several candidates have emerged to succeed DPP incumbents at the end of their second and final term as county magistrate. In the four other areas the DPP rules, the incumbents were likely to seek re-election to a second term, which the party leadership would respect, reports said.
The selection process for Taipei, New Taipei and Taichung was still in its earliest stage, party officials said.
On the KMT side, a handful of lawmakers and city councilors have declared an interest in running for mayor of Taipei, but Sean Lien, the son of former Vice President Lien Chan, has been widely seen as the favorite. He has still not decided whether to join the race or not.