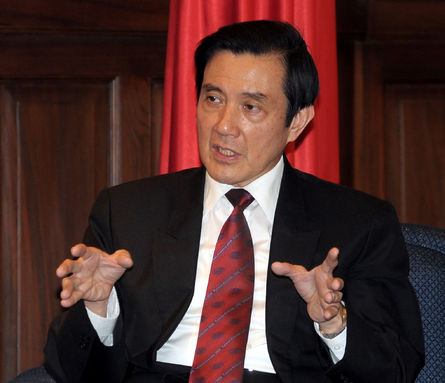 The cross-strait trade agreement on services might be held up at public-hearing phase at Taiwan's Legislative Yuan and hardly move on to the next stage of substantial review by the end of this year, Taiwanese media quoted officials as saying Friday. The extended deliberations might prevent Taiwanese e-commerce and financial service providers from entering China's market this year and, at the same time, cause a delay of signing trade deals with other countries, including the expected agreement with Singapore.

According to a source quoted by the Chinese-language United Daily News, President Ma Ying-jeou has demanded the administration and the ruling Kuomintang’s legislative caucus pick up the pace on communications and promotion for the pact.

Ma emphasized that signing free trade agreements with other countries can expand business opportunities for Taiwanese businesses in China and other countries. At the same time, it can avoid negative effects resulting from the increasing number of trade deals between Taiwan’s trading partners and competitors, the president said.

Ma said that ever since the U.S. and Korea free trade agreement (KORUS) took effect, many orders which were supposed to go to Taiwan have been shifted to South Korea. If Seoul inks a free trade deal with China, it would take market share away from Taiwanese businesses in China, the president said.

In a Washington Post interview, Ma Ying-jeou outlined plans to further improve ties with China and rebutted criticism that he is giving up too much in exchange for better economic relations with the island's former foe.

The pessimistic outlook towards the service trade pact partly weighed on the financial sector at the local bourse Friday. The TAIEX’s financial index dropped 0.72 percent.