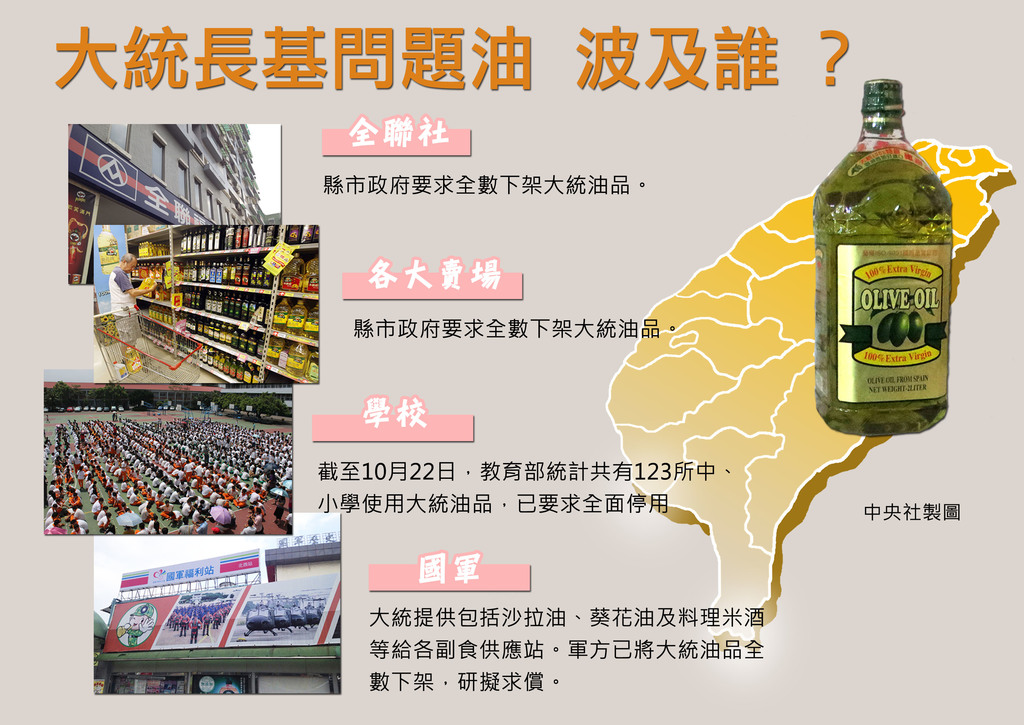 The Ministry of Education (MOE) has revised upward the number of schools in Taiwan affected by the Tatung fraudulent oil scandal to 156, including 16 colleges.

Chang Chi Foods in Changhua, producer of the edible oils under the brand name Tatung大統, is being investigated for fraudulently mixing in cheaper cottonseed oil as well as palm oil, grapeseed oil, and other edible oil products. Tatung was also reported as illegally using additives to color its oils such as copper chlorophyll, which experts warn might cause lasting liver damage.

Kao Chen-li高振利, Chairman of Chang Chi, admitted Tuesday that his factory has been adding cheap cottonseed oil to soybean oil and marketing the hybrid as pure soybean oil. Kao confessed that the ratio of the mixture would change depending on the price of soybean oil.

Chun-Chuan Wang王俊權 of the MOE says around 140 elementary and junior high schools have purchased edible oils from Tatung in the past, adding that the number could go up even more in the future. Government officials have demanded that schools practice self-management in improving food safety and tracing the supplies of products used in school lunches.