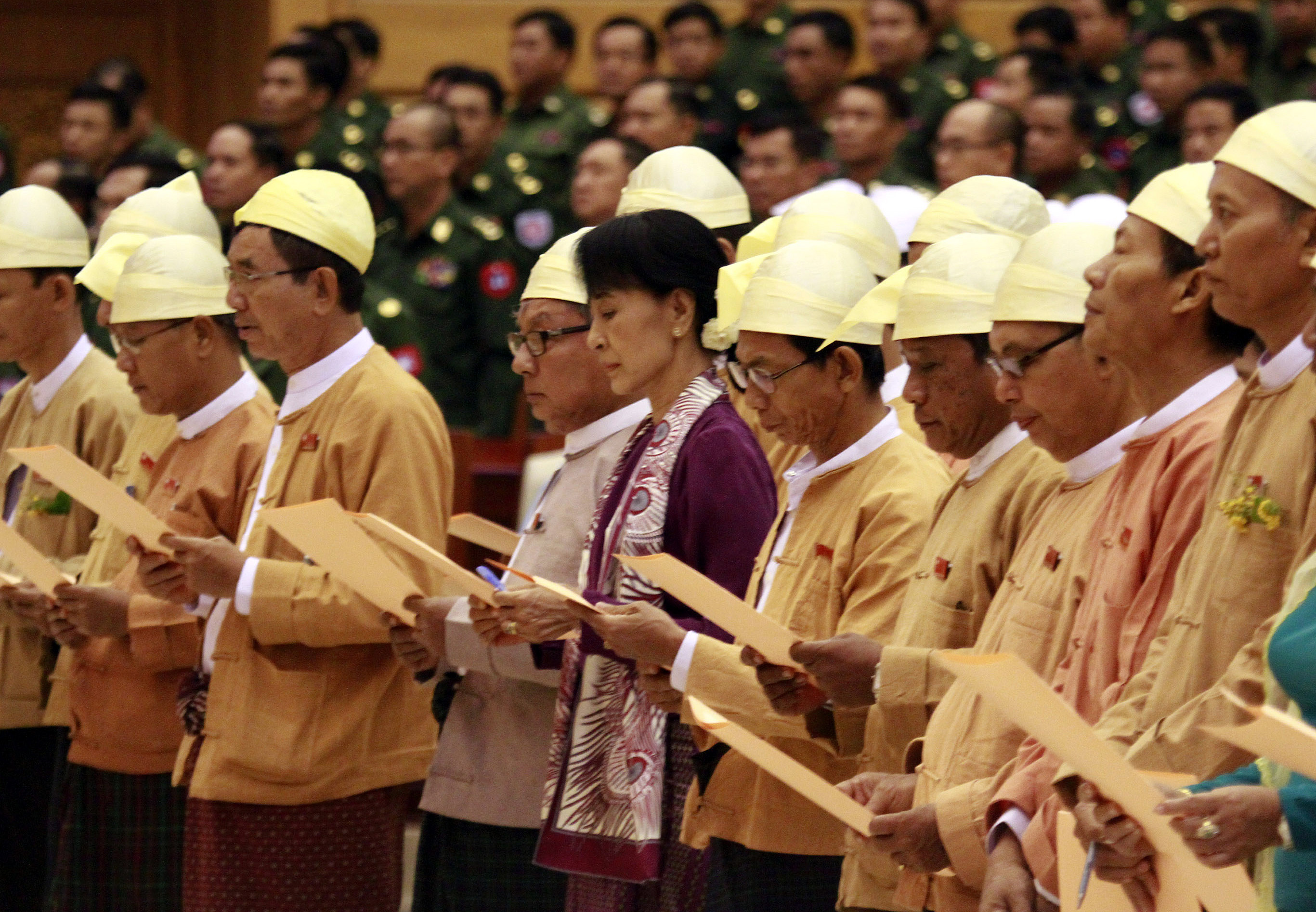 Myanmar democracy advocate Aung San Suu Kyi, who spent 15 years under house arrest, was sworn in to parliament Wednesday in a further sign of the former dictatorship’s political opening.

Suu Kyi, 66, along with 33 of her party’s lawmakers read the oath in the capital of Naypyidaw after dropping a demand that officials change its wording. Her National League for Democracy, which won 43 of 45 seats up for grabs in April 1 by-election, had objected to language supporting the military-drafted constitution.

Still, Suu Kyi’s party will not have enough seats to have any real power in the 664-seat assembly.

The EU and US have taken steps to ease sanctions on Myanmar in response to its political reforms.

The US saw the opposition’s move as a “hopeful sign,” State Department spokesman Mark Toner said.

“We would look for them to work together with the government and to keep the momentum on democratic process,” he told reporters in Washington.