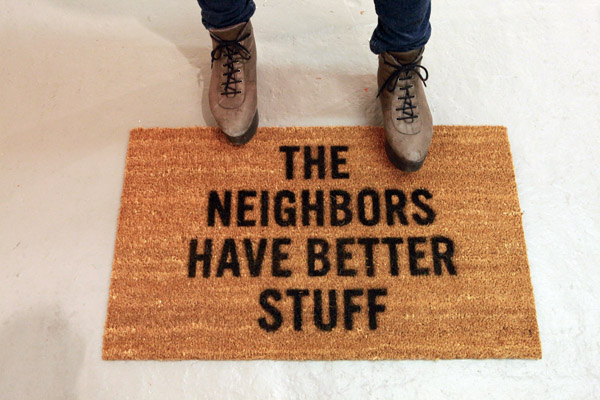 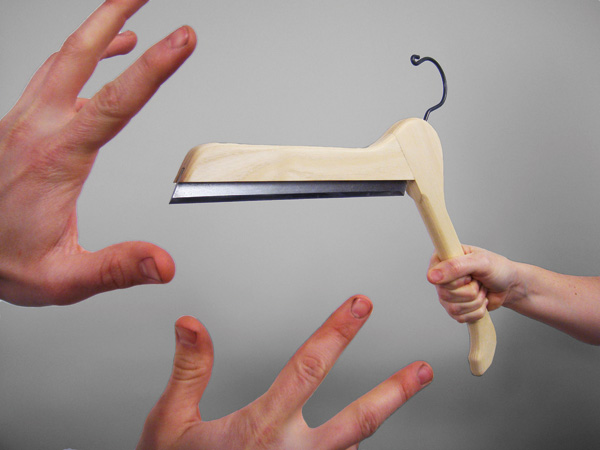 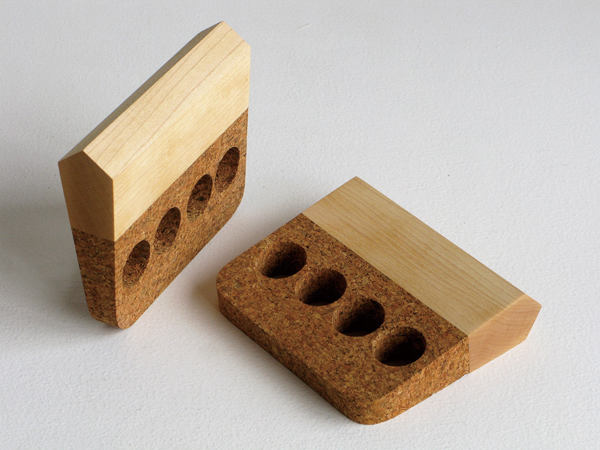 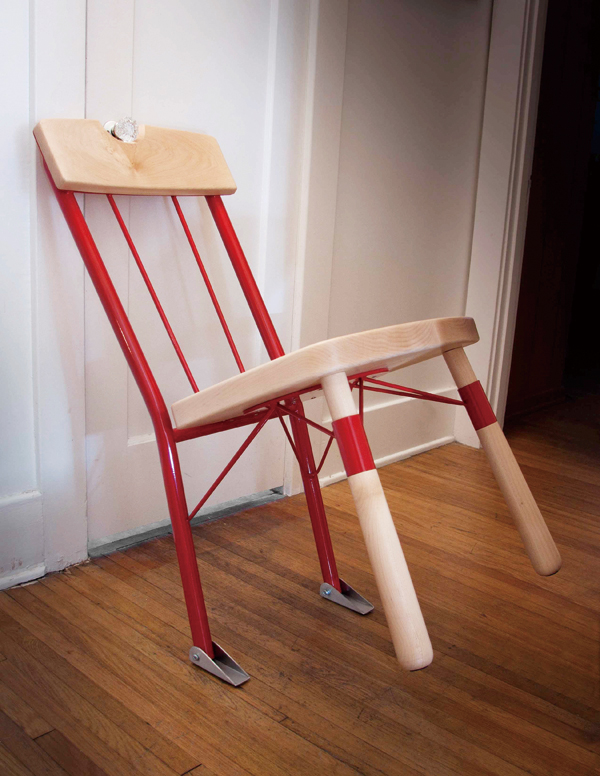 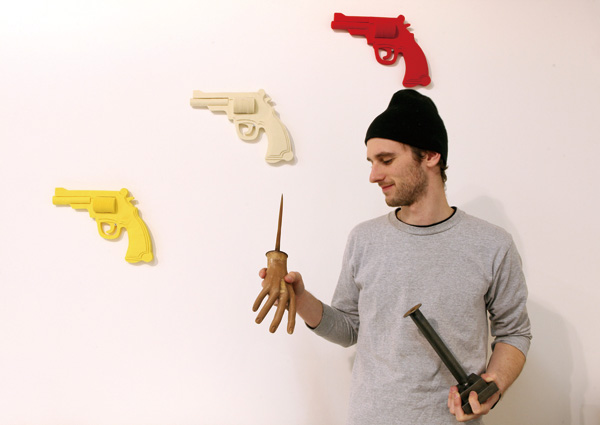 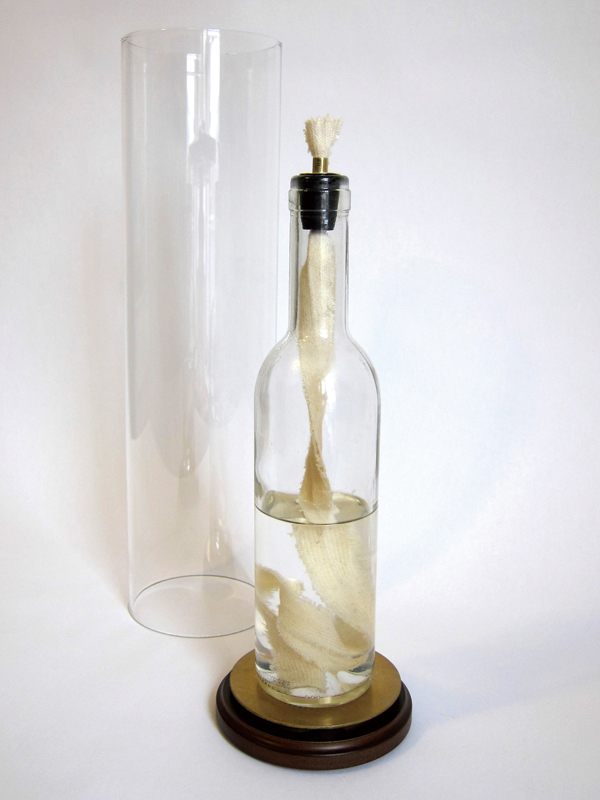 NEW YORK
Behind a fairly nondescript door on one of the quieter streets in Williamsburg, Brooklyn, is a cache of what might best be described as designer weapons. The pieces, about 60 in all, are part of an exhibition opening Friday at Present Company called “Threat: Objects for Defense and Protection.”
It is the latest show organized by the designer Kiel Mead and the American Design Club, a group he helped found to promote the work of young designers, and it features a range of items intended to ward off home intruders. Some are whimsical, like the knitted pipe wrench by Nathan Vincent, called “This Is Not a Pipe Wrench,” or the bag by Object Trust that says “Take What You Want,” and is meant to be worn over the head.
More-sinister items include “Antidote,” a cane that shoots blow darts, by Frederick McSwain; a coat hanger with a built-in blade, by Grain; and Kai Williams’ and Chen Chen’s “Hot Stick,” which plugs into an outlet and heats up to 600 degrees (the show’s organizers are keeping it as far away from working outlets as possible). Many of the pieces are one of a kind, and all are for sale; prices range from $8 to $8,000.
Mead, 28, recently spoke with a reporter about how he conceived the show.
Where did the idea come from?
Our shows are usually about materials and color, or things like that. I liked the idea of this one because it’s about an emotion or a reaction: fear. Fear is universal. Living in a New York apartment, you become familiar with the street sounds and creaks and everything. So when you hear one you’re not familiar with, you’re like, “Whoa, what was that?” Whenever you hear something in the middle of the night and you’re not quite sure what it is, you cannot fall back asleep until you investigate. Or some people will pull the covers over their head and try and pass out. Or turn on the light. So I wanted to do a show that encompassed that: If someone is breaking into your house, what would you grab?
That’s kind of intense.
We thought it was a joke. We were trying to have a fun show. When you are organizing a show, you try to come up with a concept that will get new work in. What was great about this show is that no designer has a weapon or a deterrent for an intruder on the burner right now. No one is thinking about making this kind of thing.
Have any of the designers ever been the victim of a home invasion?
I’ve gotten a lot of stories about times they got mugged and were really scared and had to give up their wallets. It was weird, but it was cool. We were obviously hitting on something here.
I just read an article in which Police Commissioner Ray Kelly was quoted as saying crime in New York City is down by 80 percent.
This isn’t about walking down the street and getting mugged. And it’s not about literally getting invaded, but the idea of it. There are products here that aren’t meant to hurt someone, but that give you the confidence to go down to the kitchen and make sure that’s really just a pot that fell.
But some of these pieces could do serious damage.
We had some pieces submitted for the show that were too dangerous – a squirt gun filled with hydrochloric acid. We can’t handle the liability of having that, but if we just put water in it, it wouldn’t be a true piece. So we pulled it from the show. But then we have guns made of felt.
I like the doormat that says, “The neighbors have better stuff.”
That’s “The Defense Mat,” by Reed Wilson. If you saw this by someone’s front door, it would be pretty funny. This is a great example of something that doesn’t have to do with intruders. It’s about class. It’s different. I mean, it’s an Ikea doormat.
What about the Prada sock with oranges in it?
It’s by Chen Chen and Kai Williams. Apparently, in prison, they might put soap inside instead of oranges, and it’s a way to beat someone up without leaving bruises.
It seems like this project brought out the dark side in designers who normally make gentle, beautiful things.
That’s this show. They’d never normally make something like this, but you could hang many of these things on your wall as art. Some people went for humor and some went to a really dark place.
EXHIBITION NOTES
The show runs from March 9 to 15 at Present Company, 29 Wythe Street (North 13th Street), Williamsburg, Brooklyn. It is open to the public through Saturday; from Sunday through the following Thursday, viewing is by appointment only. Information: americandesignclub.com.