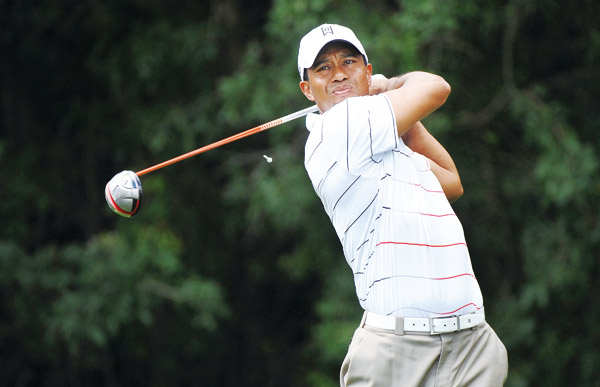 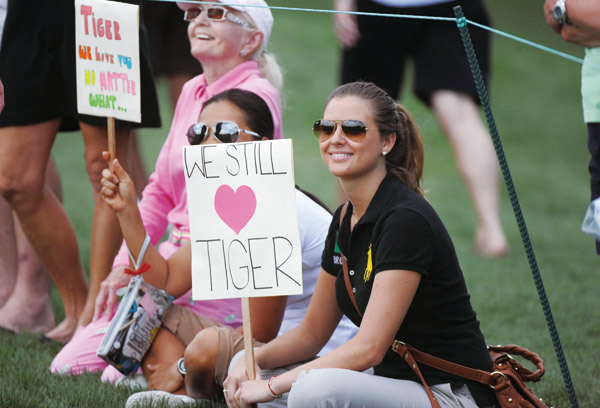 PALM BEACH GARDENS
Not much was decided Friday at the Honda Classic. The day was one of maneuvering for position in preparation for the weekend’s final two rounds on the Champion Course at PGA National Resort & Spa.
Tied at the top were Justin Rose and Tom Gillis at 8-under 132. Rose showed his consistency by firing a 66 for the second day in a row, and Gillis added a 64 to his opening-day 68. World No. 2 Rory McIlroy shot a 3-under 67 and was comfortably situated one stroke back in a third-place tie with Dicky Pride.
Rose, 31, might have an experience factor working for him.
After all, when you start swinging a plastic club when you’re 11 months old, that gives you plenty of time to hone your abilities. By the time he was 11, Rose broke 70 for the first time and he pretty much knew what he wanted to be when he grew up.
Of his opening two rounds, Rose said, “Obviously, a pair of 66s to open up things here is more than acceptable.”
Rose said he likes the challenge presented at PGA National. “Some weeks, the challenge is to make as many birdies as possible and other weeks it’s limit the mistakes,” he said. “And this is definitely a limit-the-mistakes kind of golf course.”
Gillis, at 43, is the old man among the leaders and is the first one to admit he’s not a household name — in fact, he seems downright proud of that fact.
“I’m your prototypical journeyman,” he said. “I’ve been doing it almost 22 years now, played all over the world, 26 countries. I would say, yeah, I’m a late bloomer.”
Gillis used 12 one-putts to fashion his round. “Yeah, the putter was kind of nice,” he said.
He said the winds on the Champion Course won’t intimidate him.
“Hope it keeps blowing, to be honest with you. You get into 20-mile-an-hour, gusting up there to 30, this place becomes a whole different beast. Very, very difficult. But I’m happy with that.”
McIlroy, who will become the world’s No. 1 golfer with a win at Honda, fashioned his 67 with one birdie on the front and three birdies and a bogey on the back.
“I just need to keep doing the same things,” McIlroy said.
“This course isn’t about making tons of birdies. It’s about keeping the big numbers off your card.”
For fans who feared Tiger Woods might not make the cut and they would not be able to follow him the final two days, fret not. Woods played just well enough to assure he’ll stick around, shooting a 2-under 68 to better Thursday’s 71 by three strokes and leave him seven shots back. Friday’s score might have been better than Thursday’s round, but Woods had no doubt that his swing was worse.
He described his round in a manner that almost makes you dizzy. “Well, I got it going, I lost it, got it going, lost it and then got it going,” Woods said. “It was a little bit of a fight today. Probably the worst I’ve hit the ball in months.”
Woods seemed happy to be walking away with that 68. “I scored well, but I didn’t swing the club,” he said.
Playing the back nine first, Woods closed with birdies on his final two holes, Nos. 8 and 9, both par-4s.
“It was nice to get that kind of finish because I was struggling a little bit trying to find a motion that was going to get the job done,” Woods said.
The most surprising round of the day was turned in by Brian Harman, who shot a 61 to break the course record by three shots. That torrid round, after shooting a 3-over 73 on Thursday, left Harman in a tie for fifth place at 6-under 134. He started his round birdie-birdie-eagle and then added two more birdies on the front for a 29. His back nine of 32 included four more birdies and one bogey.
Harman, 25, is a little guy with a big swing. Asked exactly how big he is, he answered, “I’d like to say that I’m 5-7 and about 150. I’m not too big of a fella. You don’t have to worry about me dunking any basketballs anytime soon.”
First-round leader Davis Love III faltered Friday, shooting a 2-over 72 after his opening 64 on Thursday.