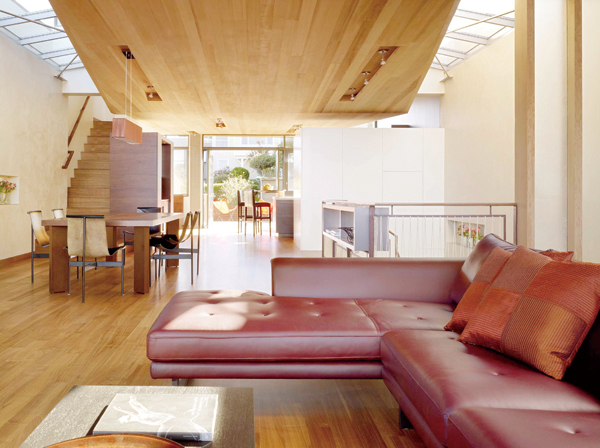 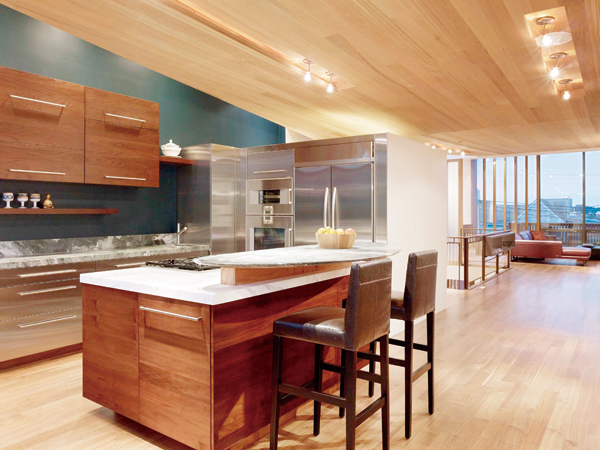 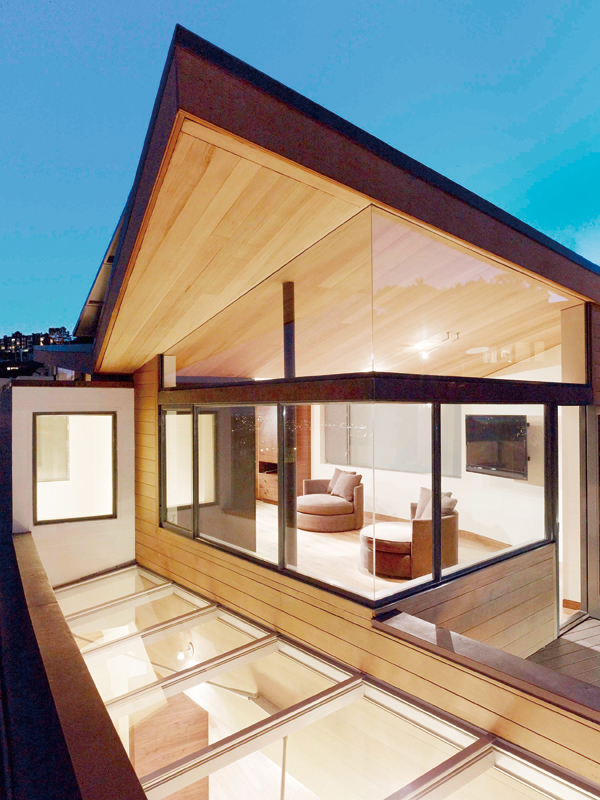 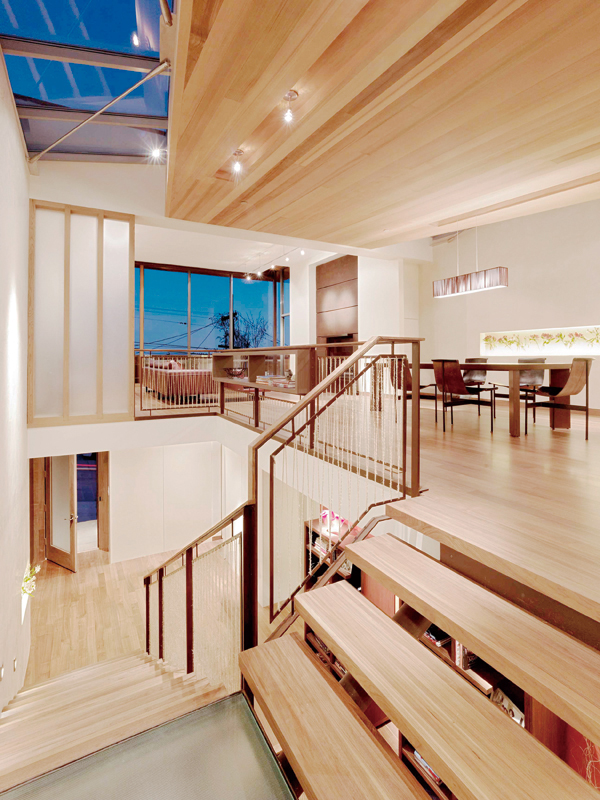 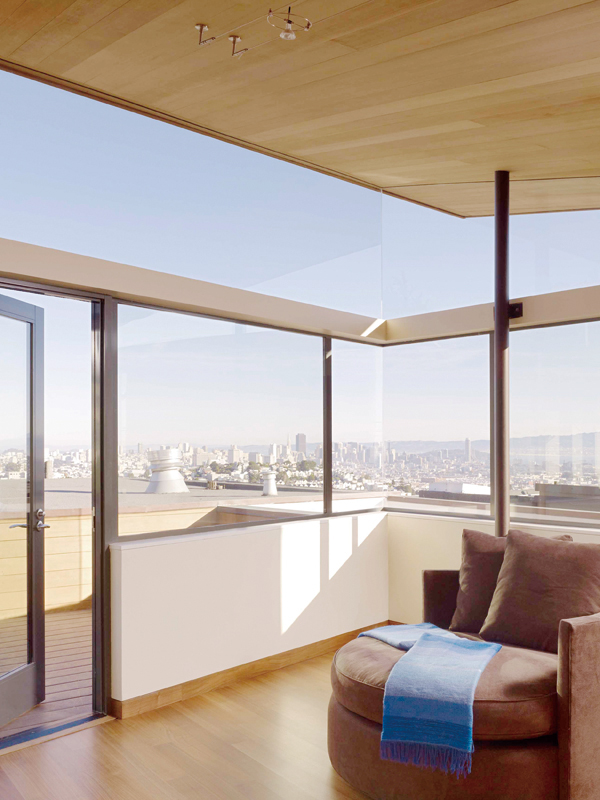 After purchasing a modest house for over $800,000, the couple expanded the structure and replaced the stucco facade with red cedar and a wall of glass windows, a renovation that cost nearly $230 a square foot.
Gerry Agosta, who has spent 30 years in the Bay Area as a general contractor and developer, said there’s a hard truth in his line of work: “You never get a chance for a do-over. Every site commands a different design, so you’re always doing things for the first time.”
Not so with the home that Agosta, 57, and his wife, Lisa Moresco, 53, built five years ago on a steep street in the Noe Valley neighborhood. After purchasing a modest house for $850,000just down the hill from where they had been living, the couple expanded the structure and replaced the stucco facade with red cedar and a wall of glass windows, a renovation that cost $230 a square foot.
To compensate for the sloping lot, the couple’s architect, Owen Kennerly, came up with a design that moved the living area to the roof of the existing house, with an additional level built on top of that as a master suite, while the ground floor contained bedrooms for the couple’s three children. The result was a modern home with striking curb appeal and sweeping views of the city and bay.
But in 2009, a fire broke out in the downstairs sauna while the family was on vacation in Spain.
“We got a text that said, ‘Everything’s OK, but you should call,”' Moresco said. “We lost 90 to 95 percent of everything.”
And so, with the superstructure intact, the couple embarked on a do-over.
On a recent rainy day, sitting in their light-filled, sparsely furnished living area, Agosta and Moresco admitted that version 2.0 looks much like the first version. An open plan allows for entertaining and even the occasional flamenco performance (Moresco is on the board of a dance company), while two center skylights solve the problem of dark middlerooms, a common one in this city of narrow lots.
The subtle interplay between cold modern architecture touchstones and warm organic materials has also been preserved. For instance, a living-room fireplace cover is made of woven wire cloth, but it’s been oxidized to give it the rusty patina of a Richard Serra sculpture. In the kitchen, stainless-steel appliances are softened by wood cabinets and a built-in wood banquette.
“There was a concern about the house having a comfort level, a warmth, a coziness and yet having the convenience and flow of an open floor plan,” Kennerly said. “That led to this palette.”
But while the couple said they believed they mostly got it right the first time, after living in the house, Agosta said, “There were things that we realized could have been done better.”
One of the first things to be changed was the Sheetrock on the walls, which tended to show every blemish in sunlight; it is now coated with plaster in a soft travertine color. The rosewood kitchen cabinets that were starting to fade are a sturdier walnut this time around; a newfangled quartzite counter is now marble.
“We decided to go back to the classics,” Agosta said.
Perhaps the biggest change was to the floor plan. When the fire blew through the house, it burned with the greatest intensity in the couple’s third-floor bedroom.
“Exactly where our bed was,” Moresco said.
“The aluminum windows were in puddles,” Agosta added.
The couple have since moved their bedroom to the ground floor; their old master suite is now a combination office, media space and guest room.
“It just felt like a sign,” Moresco said. “You know what, we’re not putting the bed back there. Let’s do something different.”
The fire was “unimaginable,” as she put it. But, Agosta said, searching for a silver lining, it also provided “an opportunity to fine-tune.”