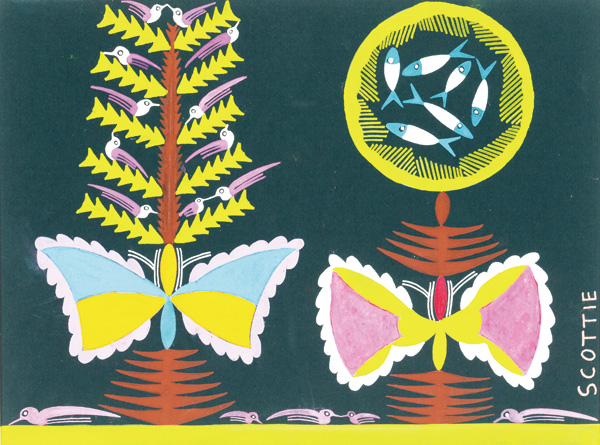 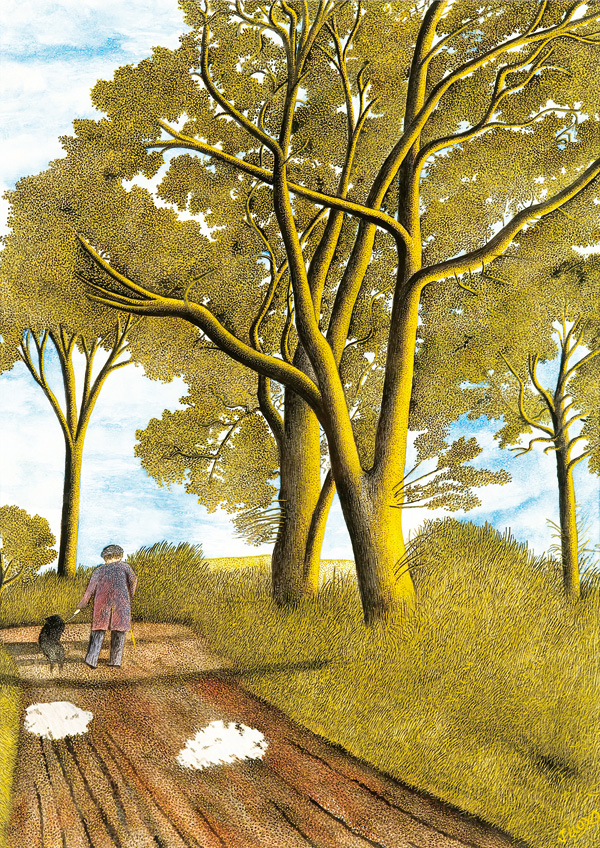 MILWAUKEE
Art dealers know Anthony Petullo so well he can run through an art show and put red dots on his favorite pieces to quickly claim them.
They know him from his efforts to collect hundreds of paintings, sculptures, ceramics and drawings from artists called naive, outsider, folk, intuitive or self-taught — people generally closed off from the art world.
Petullo has given more than 300 of those works by Bill Traylor, Martin Ramirez, Henry Darger, Minnie Evans, Alfred Wallis, Anna Zemankova, Adolf Wolfli, Scottie Wilson and others to the Milwaukee Art Museum. The museum created a show around his gifts: “Accidental Genius: Art from the Anthony Petullo Collection.” It includes 200 pieces from 47 artists and is on display through May 6.
The entire gift, which includes works by 63 artists, makes the museum a leading institution for modern self-taught art in the U.S. and worldwide.
Lee Kogan, curator emerita at the American Folk Art Museum in New York City, said Milwaukee has one of the larger collections of this kind of art, having also received around 300 paintings, sculpture and drawings of self-taught artists from Michael and Julie Hall in 1989. (The first gift of this kind of art was in 1951, with two paintings by Wisconsin artist Anna Louisa Miller.)
The 72-year-old Petullo concentrated many of his efforts in gaining European works, an area represented in few American collections.
“It’s a contribution to the art community, art history,” said Petullo, who retired from his own staffing business in Milwaukee.
Kogan said it’s probably one of the biggest, if not the largest, collection of European art by such artists. Not even her museum has that many, she said.
“The museum is fortunate that it becomes repository for the works he’s collected,” she said.
During the last 20 years, more art museums have added works by self-taught artists, she said. She said such a large gift expands the conversation between self-taught and trained artists.
This isn’t the first time Petullo’s efforts have been showcased. In 1993, the Milwaukee museum organized a traveling exhibition of 95 his pieces to six museums — with the first stop at Kogan’s museum.
Despite Petullo’s years of collecting, the Chicago native said he doesn’t consider himself an art expert. He’s never taken an art history course and does not make art himself, besides taking photographs. He considers himself an art advocate, even writing and funding books to promote the artists. He just has a good eye, he said.
“What many of them have in common is they are colorful, they are figurative, they are storytelling,” he said of the works he collects. “I don’t get much of a story out of a big white canvas with a red dot in the middle. It may be worth a couple million bucks, but I don’t get much out of it.”
Petullo said the artists, several of whom he got to know, don’t like to be called self-taught or any of the monikers used for artists not in the mainstream or not formally educated.
“It’s time to drop the labels now; let’s just call them very good artists,” he said.
He started to find his “hidden creative interest” 40 years ago while volunteering for the museum’s annual art festival. He bought his first art there from well-known Wisconsin artists. His interests expanded to self-taught artists, and his taste matured.
He considers his purchases of Traylor’s “Brown Mule” and Wallis’ “Green Sails” in early 1990 as his first quality pieces by self-taught artists.
He said he probably has about 100 more in his houses in Milwaukee and Scottsdale, Arizona, that he considers museum-quality. He estimates he has bought 600 to 700 pieces of art.
Petullo said he always knew his collection would go to a museum and decided in the 1990s it would go to the Milwaukee museum — about the time he successfully convinced officials there to show his collection.
Petullo said knows he has a good piece of art when he can look at it for years.
“If I can’t stop and admire that and say, ‘Wow, that’s really good,’ and smile, usually then I shouldn’t have bought it,” he said.