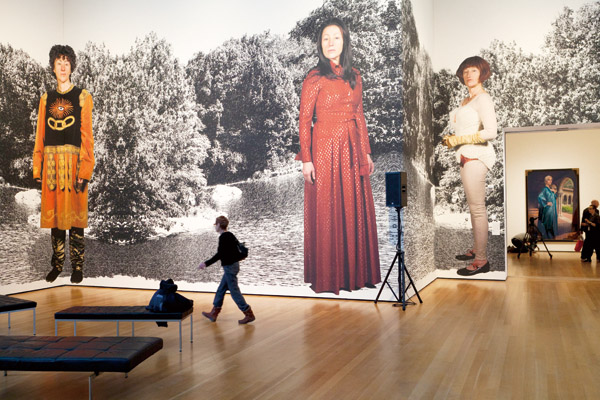 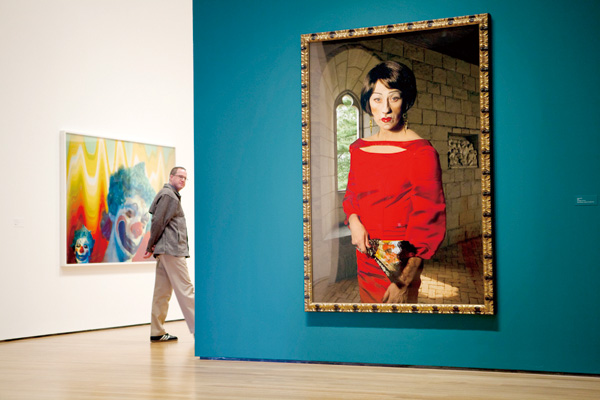 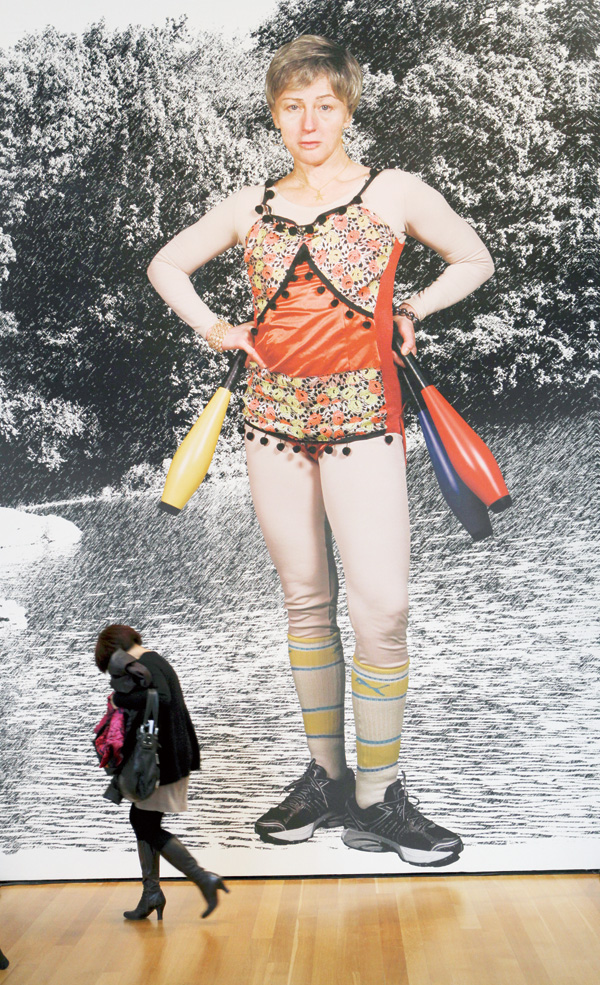 Finally, the show plays down Sherman’s astounding artistic precociousness by including too few of her earliest works and then sprinkling them among other efforts in the first and last galleries. Her penchant for role-playing gained momentum from seeing photo-based Conceptual works by female artists like Hannah Wilke, Eleanor Antin and Adrian Piper in the mid-1970s while she was attending college in Buffalo, N.Y. But an uncommonly intense attraction to dress-up and masquerade dates to her childhood: It was in her blood. The catalog includes a photograph of Sherman and a friend around age 11, dressed and made up as old women; her stooped creaky posture already signals the ability to crawl into other people’s skins.

The most recent works at the Modern are murals of immense images that break out of the photographic frame and portray the artist without makeup in often ill-fitting costumes. Here Sherman unabashedly plays on her own aging – as she does in a more lacquered way in the society portraits – but she also evokes the play-acting little girl that she once was while making it feel like new territory.

If this show does not go all out for Sherman, it is still a gift, one that reminds us, when we especially need reminding, what it takes to be a great artist. Although not one of her images qualifies, exactly, as a self-portrait, the Modern’s show is above all an inspiring portrait of the artist ceaselessly at work, striving never to repeat herself, always trying to go deeper and further in one direction or another. Her self – remorseless, generous, imaginative and shrewd – is everywhere.