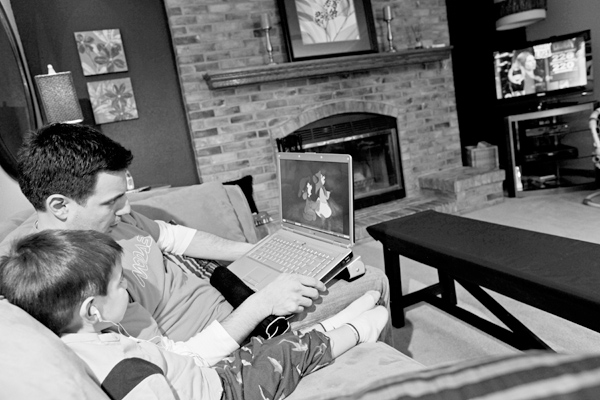 As recent data indicates that many TV viewers simultaneously use a second screen being a smartphone, tablet or laptop, companies are figuring out a way to maximize advertising on both screens

Do two screens create television-watching heaven? Do viewers want television content on their laps as well as on the main screen?
The Nielsen Company has some survey data confirming what we can see around us: Many TV viewers are using a computing device of some kind while they watch. Last October, Nielsen said 40 percent of smartphone and tablet owners in the United States self-reported that they used their devices daily while watching TV.
The Nielsen survey respondents also noted the various things they’re doing with that second screen. At the top of the list were checking email, during programs and commercials, along with Web surfing unrelated to the TV program. Looking up information related to the program at hand finished far behind.
But users’ memories are not the best measurement tool. Radha Subramanyam, Nielsen’s senior vice president for media analytics, does not have technology to capture what users are doing on their portable devices as they watch. “We’re relying on what people tell us that they’re doing,” she says.
On the supply side, second-screen apps like those from Yap.tv, Umami, IntoNow, BuddyTV Guide and Miso are proliferating for smartphones or tablets. “Five years ago, we thought interactive TV was one screen,” Subramanyam says. “Turns out, it’s the second screen.”
Some of the new apps can recognize all the shows you may be watching on the major networks, based on what’s called their audio fingerprint. These apps then display options that can include related photos, live chats, tweets or user polls. Other apps require you to manually select a show before you can see such choices.
How badly does the television audience want to see that kind of content while watching the show itself? That’s hard to know. Trevor Stout, Yap.tv’s chief executive, declined to say how many viewers use it regularly.
Scott Rosenberg, Umami’s chief executive, said he was concerned that advertisers were rushing to embrace second screens well before they were ready to offer compelling content. “The traditional bargain with TV is, ‘We give you great content and you accept our advertising messaging,”’ Rosenberg said. “Why should the second screen be any different? Actually, the bar for great content is even higher.”
His company offers a free iPad app and is working just on giving consumers a compelling reason to “open that second screen app in the first place and then stick around.” In the future, he says, the company will explore ways to integrate advertising into the experience in ways that won’t irritate viewers.
Rosenberg says, “Once the novelty has worn off, consumers are not going to dive for their phones just to start an app to get info about the ad they’ve just seen.”
Last year, Nielsen released a study it did for Google in which subjects were shown a 15-second commercial for a sports sedan. Of those who saw the ad only on television, half were able to recall the name of the manufacturer. Of those who saw it at different times on four screens – television, computer, smartphone and tablet – about three-quarters remembered the name.
Perhaps most surprising, however, was that even after the message was pounded in four different ways, some 26 percent didn’t recall the advertiser.
Marc DeBevoise, senior vice president and general manager of CBS Interactive’s entertainment division, seems wary of supplying the second screen with content that distracts from the main one.
“Extensions”_ his term for complementary content – “are rarely meant to be watched or used at the same time that the show is watched,” he says. “They’re meant to bridge the gaps between watchings.”
So far, second-screen apps are dwarfed by the popularity of the social media giants Facebook and Twitter. “Television is social,” says Elizabeth Shaw, an analyst at Forrester Research. “We’ve always talked offline with others about what is going on in our favorite shows. Now it’s moved online. Networks know this and are trying to figure out how to move these conversations to their own Web and mobile properties.”
DeBevoise says that “we do think social commenting during shows is a big opportunity,” citing the 13 million “social media comments” counted by Bluefin Labs during the CBS broadcast of the Grammy Awards last month. Bluefin says the number was a record for any program it has tracked.
Stout at Yap.tv contends that a second-screen app, like his company’s, is superior to social networks’ software. “If you’re on Facebook or Twitter while you’re watching TV,” he says, “you’re not getting an experience customized to the show you’re watching.”
But maybe TV-focused customization isn’t what most viewers crave. Rather, they may be happiest with the unfettered ability to do unrelated things with a second screen. And perhaps, before long, a third one, too.