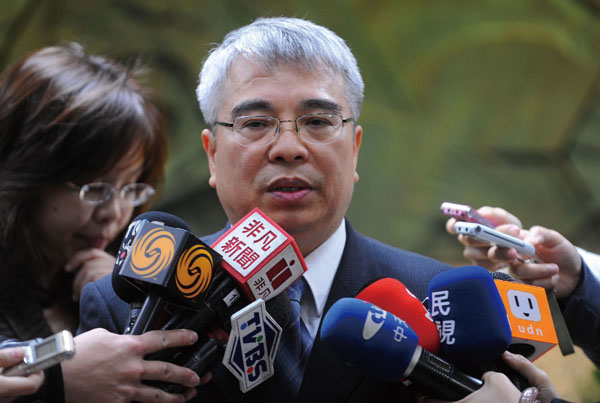 The cabinet-level Council of Agriculture (COA) stated on Sunday, an agriculture official stepped down amid accusations of concealing the highly pathogenic H5N2 avian influenza.
Hsu Tien-lai, director of the council’s Bureau of Animal and Plant Health Inspection and Quarantine, offered his resignation, which was later approved by COA Minister Chen Bao-ji, the council said.
The first outbreak of the highly pathogenic H5N2 avian influenza in Tainan and that moreover, it resulted in 57,500 chickens culled in the Tainan and Changhua area, according to council.
The opposition’s legislators Tsai Huang-lang and Hsiao Mei-chin criticized that COA didn’t address with highly pathogenic H5N2 avian influenza well also tried to conceal it. In addition, it already violated the regulations of WTO.
“This issue is the international scandal, Taiwan may be condemned by international,” they said.
Ruling party’s legislator stated, they will arrange the report for bird flu and US beef later. The first outbreak in Taiwan of the highly pathogenic form of H5N2 bird flu forced the cull of more than 57,000 chickens.
The type of the avian influenza is known as highly pathogenic because almost every bird which contracts the disease is likely to die, reports said.
Last December 27, the disease was found at an egg farm in Fangyuan, Changhua County, where 54,000 chickens had to be culled Friday night. A slaughterhouse in Yunlin County found signs of a disease in chickens on February 7, and the birds were eventually traced back to a farm in Tainan where 4,500 chickens were killed on February 10.
The decision to kill the poultry in Changhua came so long after the discovery of the disease because originally, only three to five chickens died per week, throwing doubt on the nature of the disease, reports said. A documentary maker specialized in avian influenza, Lee Hui-jen, apparently took the initiative of sending dead animals to the COA for tests. Even though original suspicions had focused on a less threatening form of bird flu, the lab tests found evidence of H5N2, reports said.
Lee accused the COA of covering up the outbreak and endangering the public. When the price of eggs rose last winter, the government claimed it was a result of the cold weather, but Lee said that in this event, eggs would become more expensive each winter. Instead, the outbreak of bird flu had affected the poultry and reduced egg production, he said.
Officials said they kept 203 other poultry farms within three kilometers of the Fangyuan farm under close watch for two months, but no new outbreaks were reported. After collecting information about H5N2 from overseas, a new meeting of experts on March 1 decided to take a strong stance and ordered the destruction of all chickens at the Changhua farm.
The time elapsed between the original find and the decision for the cull allowed some eggs from the farm to be sold to the public, but the COA added that they had been treated with disinfectants and consuming them could not cause the disease to jump from animals to humans.
The H5N2 type of bird flu was different from H5N1, which could affect humans. In the latest outbreak, five cases of the latter were diagnosed in humans in Egypt and Indonesia in late February, according to data from the World Health Organization. All patients had come into close contact with chickens, reports said.
The number of animal bird flu cases this year was rising rapidly, with 51 outbreaks reported in nine countries, with Hong Kong, Vietnam and Nepal leading the statistics.
The outbreaks might threaten the export of poultry and eggs worth up to NT$700 million (US$23.7 million) a year, reports said. The COA said it would report the cases to the World Organization for Animal Health (OIE) later Saturday, a move which might result in an export ban of at least three months if no further outbreaks occurred.