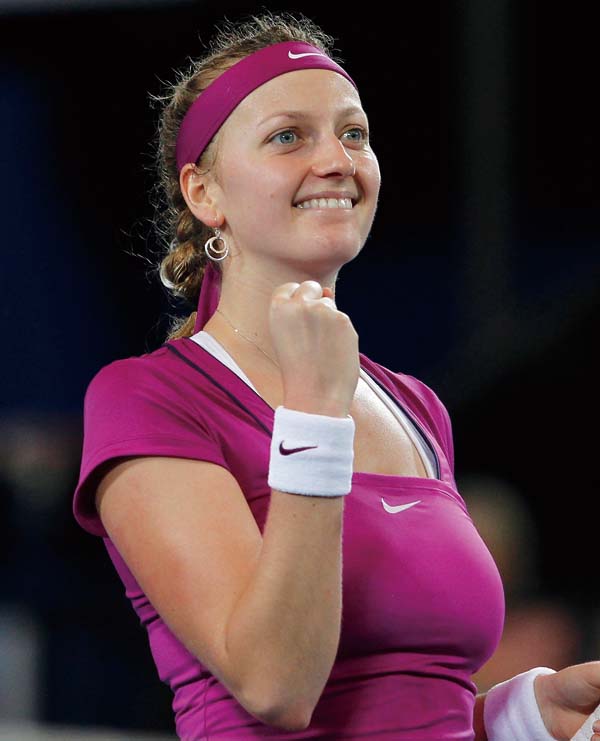 Associated Press
PERTH, Australia
Wimbledon champion Petra Kvitova won the last three games of the first set and went on to beat Marion Bartoli 7-5, 6-1 to give the Czech Republic a 1-0 lead over France in the Hopman Cup final on Saturday.
Bartoli was serving for the first set at 5-4 when Kvitova broke the French player’s serve, held her serve in the next game, and then broke Baroli again to take the opening set.
Tomas Berdych was to play Richard Gasquet of France in the following men’s singles, with a win by Berdych clinching the Czech team’s second win in the team event, and the first since 1994 when Jana Novotna and Petr Korda beat Germany in the final.
France has never won the Hopman Cup. It has played 18 times in the 24-year history of the tournament.