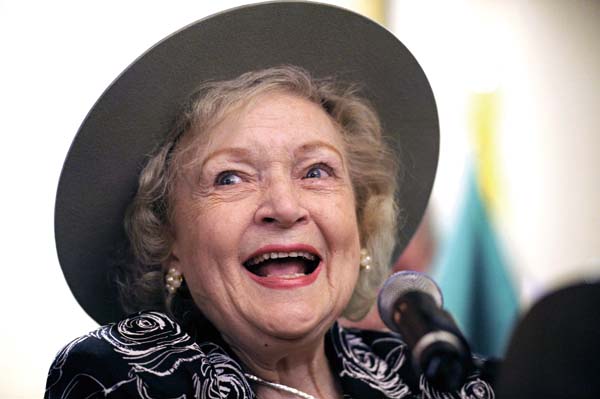 ASSOCIATED PRESS
PASADENA, Calif.
Betty White says her plans for her upcoming 90th birthday might include “a little vodka on the rocks.”
The tireless actress’s big day on Jan. 17 seems to be exciting others more than her. NBC is airing a birthday special for White the day before and has picked up a “Candid Camera”-like prank show featuring senior citizens called “Betty White’s Off Their Rockers.”
“I didn’t accomplish anything,” White said Friday. “It just came up on me. I’m blessed with good health.”
NBC has not yet put “Off Their Rockers,” which White would host, on the schedule. White said she’s on hand to make sure producers don’t make any of the humor mean-spirited. In most of the cases, young people are the butt of the show’s jokes.
“It’s the reverse psychology of the ‘poor old seniors,’” White said. “We’ve got a sense of humor, too, warped as it may be.”