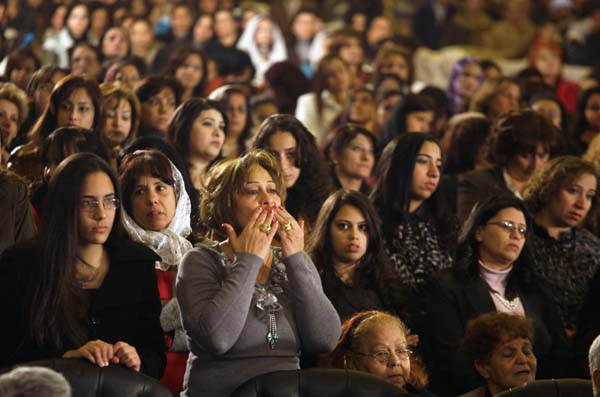 Associated Press
CAIRO
Egypt’s Christians are celebrating their first Christmas after the ouster of President Hosni Mubarak amid tight security and a display of national unity to allay fears of growing powers of Islamists.
The celebrations of Orthodox Christmas, which Egypt’s Coptic Christians mark on Saturday, follow escalated violence against the country’s minority in the wake of the protests that forced Mubarak out of office.
Christians, who make up 10 percent of Egypt’s 85 million people, blame much of the violence on increasingly bold radical Islamists. A bloody crackdown by the country’s military rulers on a Coptic march in October has also sparked outrage.
At church services late Friday broadcast on state television, Coptic Pope Shenouda III commended Islamist leaders, who attended in a bid to assuage Christian concerns.