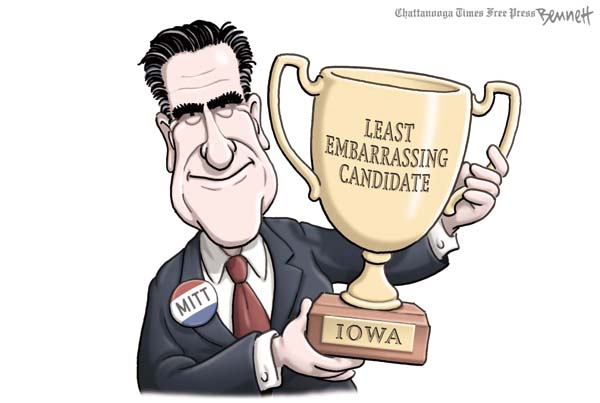 President Barack Obama’s re-election campaign received a boost Friday with the release of a report showing the U.S. unemployment rate at its lowest level in three years, just as Republicans are beginning their contests to select his rival in the November election.
With the economy the focus of this year’s presidential campaign, Republican front-runner Mitt Romney has been hammering away not at his ever-changing cast of party rivals but at Obama, whose fate has been linked to the slow recovery from the Great Recession. Romney on Friday said the jobs report contains some good news, but that America still “deserves better.” He also said the president’s proposal Thursday to reduce the military and focus more on Asia was “inexcusable, unthinkable and it must be reversed.”
Obama still could face voters in November with the highest unemployment rate of a sitting president seeking election since World War II. Unemployment was 7.8 percent when Obama took office in January 2009.
But Obama could benefit if the unemployment rate continues to fall. History suggests that presidents’ re-election prospects depend less on the unemployment rate itself than on the rate’s direction during the year or two before Election Day.
“We have made real progress; now is not the time to stop,” Obama said Friday.
The Republican candidates tried to play down the economic news. Former House Speaker Newt Gingrich dismissed the job gains as inadequate, saying there are still 1.7 million fewer Americans going to work than when Obama was inaugurated. And Former Pennsylvania Sen. Rick Santorum said the uptick had come “despite the president’s jobs policy.”
Meanwhile, Santorum and others are seeking to slow Romney’s campaign momentum after his slim win this week in the first-in-the-nation Iowa caucuses. They are blasting the former Massachusetts governor as too moderate ahead of a primary election in New Hampshire on Tuesday he is heavily expected to win.
But Romney is the favorite of the Republican mainstream, which sees him as the best challenge to Obama. Romney is so heavily favored in moderate New Hampshire that he was campaigning Friday for a second day in South Carolina, which holds its vote later this month.
A new poll showed Romney picking up momentum in South Carolina. The TIME/CNN/ORC poll showed him leading with 37 percent support, a 17-point gain since early December. Santorum showed a 15-point surge and was nearly tied with Gingrich, who dropped from 43 percent support in early December to 18 percent.
However, 49 percent of respondents said they still might change their minds. The survey had a margin of error of 4.5 percentage points.
Romney has been unable to grow past 25 percent in national opinion polls, as many Republican voters find him insufficiently conservative on abortion, health care and other issues. Their beliefs create a natural opening for Santorum — a social conservative with strong views against abortion and gay marriage.
Santorum’s aides say he had raised $2 million on the strength of his Iowa showing, and he was likely to find a welcome audience among South Carolina conservatives.
“The only way Republicans lose is if we screw this up and nominate another moderate who has taken multiple positions on every major issue of our time,” Santorum told supporters in a fundraising appeal Friday.
Gingrich, speaking on ABC’s “Good Morning America” on Friday, predicted Romney would win New Hampshire but that one of his Republican rivals “will eventually emerge as the conservative alternative and will beat Romney.”
Also vying to emerge as Romney’s chief rival were Texas Rep. Ron Paul and former Utah Gov. Jon Huntsman, who skipped Iowa. Huntsman is counting on a strong finish in Tuesday’s primary to stay in the Republican race, while Texas Gov. Rick Perry is skipping New Hampshire in favor of South Carolina after a poor Iowa showing.
Paul was scheduled to arrive in New Hampshire on Friday, in time to campaign and participate in a pair of weekend debates.