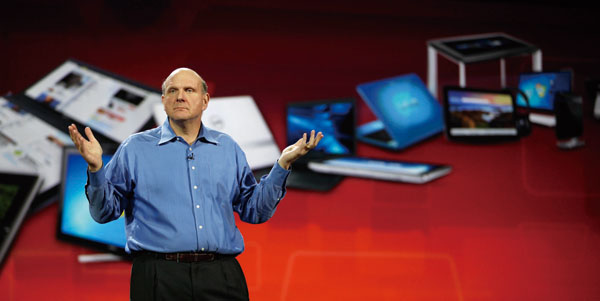 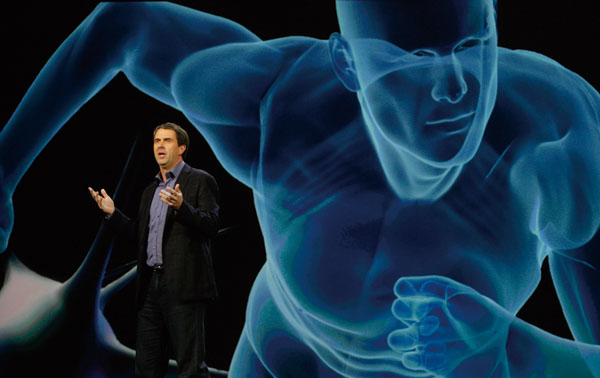 The largest trade show in the Americas must be a great place to show off new products, right? Wrong. The International Consumer Electronics Show is quickly becoming a launch pad for products that fall flat.
When the annual conclave kicks off next week, organizers expect more than 140,000 people — roughly the population of Syracuse, N.Y. — to descend on Las Vegas. They will mill around 1.8 million square feet of booths and exhibits, equivalent to 31 football fields.
The 2,800 or so exhibitors are hoping to set the tone for the year by showing off tons of tablet computers, throngs of 3-D TVs and untold numbers of slim, light laptops called ultrabooks.
But a look back at the products heavily promoted at CES in recent years reveals few successes.
— In 2009, “netbooks” — tiny, cheap laptops — were a hot category at the show. They did have a good year, but interest was already waning when Apple Inc. obliterated the category with the launch of the iPad in 2010.
Another big, eagerly awaited launch at the 2009 CES was Palm Inc.’s webOS software, running on a new generation of smartphones. Those devices debuted later that year to good reviews and dismal sales. A year later, Palm was sold to Hewlett-Packard Co., which killed the product line in 2011.
— In 2010, TV makers made a big push with 3-D sets, hoping to ride the popularity of 3-D movies such as “Avatar.” Sales turned out to be disappointing as buyers balked at wearing glasses and found little to watch in 3-D. The technology isn’t going away, but 3-D looks to be just another feature among many of today’s high-end TVs.
Other manufacturers at that show hoped to ride the success of Amazon.com Inc.’s Kindle with their own e-readers. They failed, though Barnes & Noble Inc. made some inroads later in the year with its Nook. That rivalry played out away from CES.
— In 2011, there were more than 100 brands of tablet computers on display, all trying to ride the coattails of the iPad. Many of them didn’t even make it to the market; those that did couldn’t make a dent in Apple’s market share.
Amazon’s Kindle Fire tablet did start to crack Apple’s hegemony late in the year, but it wasn’t shown at CES.
Verizon Wireless got attention at the 2011 show with the first consumer devices to use its ultra-fast “4G LTE” data network. Although those did well over the year, the company upstaged itself by announcing, a week after the show, that it would start selling the iPhone.
A big part of the “curse” of the show is that the company that has been driving trends in the industry, Apple, doesn’t show products there. It doesn’t have a booth, and its executives don’t give speeches. It hasn’t had an official presence at all since the 90s, though some of its employees go.
It’s not that Apple dislikes CES in particular. It just doesn’t do trade shows. When it has something new to sell, it puts on its own press conference. That way, it can control everything.
Microsoft Corp. seems to be adopting the same strategy. It revealed last month that the 2012 show will be the last one that its CEO will kick off with a keynote speech. That ends a run of 15 straight years. It’s also the last time Microsoft has a booth at the show.
The problem with the show’s timing will be acute for Microsoft this year. A new version of Windows won’t be ready until the fall. In his keynote speech Monday evening, CEO Steve Ballmer can, at best, show very raw prototypes of the products that will run Windows 8.
What’s left in the show booths are companies that don’t quite have the clout or money to draw people to their own events, plus ones that put out new products at a reliable annual pace, such as TV and car makers.
The Consumer Electronics Association, an industry trade group, has organized the show since 1967. Its president, Gary Shapiro, disputes the idea that it’s losing relevance.
“Nearly every consumer electronics innovation in the history of our industry was unveiled at CES,” he said.
Among recent product successes revealed at CES, he mentions Samsung’s Flex-Duo smart oven, Eye-Fi’s memory cards that upload photos wirelessly, GM’s OnStar service, Parrot’s AR remote-control flying drone, Microsoft’s Kinect Avatar, Samsung’s LED TVs, Sonos’ wireless music system and Corning’s Gorilla Glass for smartphones.
“With some 20,000 products introduced at each show, many can and should be failures. That is the American way,” Shapiro said.
And besides, attendance is up. The show is set for its third year of growth from the recession-stripped nadir of 2009 and could touch the record numbers hit in 2006.
That matters because the attendees are all industry people. Consumers aren’t allowed in. Having everyone who matters in Vegas for a couple of days in the year makes it easy to set up face-to-face meetings that would take weeks to organize otherwise. In that context, it matters less that the show hasn’t been a great staging ground for new products.
“I’m pretty comfortable that we’re the most important event for technology in the world,” Shapiro said. “It’s difficult to come out with someone really important who’s not there.”
Apple CEO Tim Cook’s absence may make him the exception. His predecessor, Steve Jobs, was certainly never caught loitering on the show floor. But the company contingent will probably be strong. Last year, the Apple’s retail store division alone sent 159 people, according to the CEA.
So what potential flops will be hyped at the show this year?
— Windows 8 will be an important new product in 2012, but the late-year launch means PC and tablet makers hoping for a CES boost have to wait.
The new operating system is built for touch screens, the kind made popular by iPhones and iPads. Windows 8 will also run on cellphone-style processing chips, the type used in most tablets. That should improve battery life considerably over the PC-type chips that Windows runs on today. However, many analysts believe Microsoft has already lost this market to Apple.

— As a stopgap, PC makers will show off ultrabooks. They’re essentially Windows versions of the MacBook Air laptop, which uses chips instead of a spinning hard drive for storage. That makes the machines lighter and thinner but also more expensive. Expectations for ultrabooks are modest — Gary Balter at Credit Suisse believes they could make up 10 percent of laptops sales this year.

— Having failed to catch the iPad wave last year with $500 tablets, some tablet makers will try to catch the Kindle Fire wave with smaller, cheaper tablets. But the profit margins are tiny at that price, so bigger Asian manufacturers are setting their sights on the tablet version of Windows 8, hoping it will provide them better opportunities, said Rhoda Alexander, an analyst at IHS iSuppli.

— TV makers will be talking about “smart,” Internet-connected sets, but they’re not exactly new.

However, we’ll see the first full-size TVs that use organic light-emitting diodes in place of LCDs. LG Electronics has confirmed that it will be showing off a 55-inch set, to be sold late in the year. The price hasn’t been disclosed, but is likely to be high. OLED sets can be painfully thin — in LG’s case, less than a third of an inch — and should boast improved image quality as well.

We’ll also see TVs that are “smart” in the sense that they respond to gestures or spoken commands. However, until cable set-top boxes get smart, too, we won’t be able to abandon remotes.

Paul Gagnon, an analyst at DisplaySearch, said TV manufacturers are trying to get ahead of Apple. He and other analysts believe the company is working on a TV set that could be introduced this year. Some speculate that “Siri,” the voice-control application in the latest iPhone, is a dry run for a voice-controlled TV.

Apple hasn’t commented on the speculation. It has agreements with Hollywood studios for sales and rentals of movies through iTunes, but to create a TV that’s unmistakably “Apple,” it would likely require broader agreements with content providers, such as rights to stream live TV. Even Apple might not be able to challenge the content industry’s way of business.

“They’ve been able to break down those digital barriers with music and other applications, but TV is going to be one of the tougher areas,” Gagnon said.

In other words, an Apple TV could be an expensive flop. Staying away from CES is no guarantee for success.