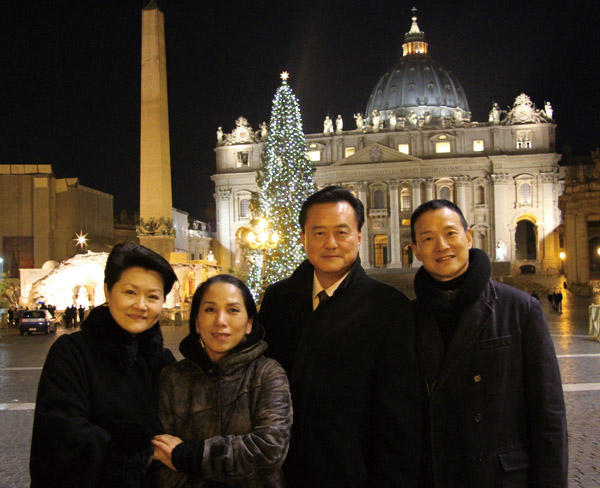 A renowned group of artists from Taiwan has been invited to perform at Teatro Biondo Stabile di Palermo in Italy this month, the theater said yesterday.
Taiwan’s Contemporary Legend Theater will present an adaptation of Shakespeare’s “King Lear” in five shows at the theater in Sicily from Jan. 11.
The “King Lear” adaptation, produced by Contemporary Legend Theater founder Wu Hsing-kuo in 2001, is a one-man show in which Wu plays up to 10 characters.
In the production, the gestures, movements and stagecraft of traditional Chinese Peking Opera are combined with the themes and relationships in Shakespeare’s monumental tragedy of power and deception, Wu said.
Biondo Stabile director Pietro Carriglio said he was amazed by Wu’s performance at the 2011 Edinburgh International Festival. Carriglio compared Wu’s talents with Vittorio Gassman’s, an Italian theatre and film actor and director who won the Best Actor Award at the Cannes Film Festival in 1975.
The group, the first from Taiwan to perform at Biondo Stabile since it was opened to public in 1903, arrived in Italy on Jan. 6, led by Wu and his wife Lin Hsiu-wei who is a dancer and producer.
Wu and his wife met with Wang Yu-yuan, Taiwan’s ambassador to the Holy See, on Saturday and discussed the promotion of art and culture.
The group, comprising 16 members, is scheduled to fly to Rome on Jan. 18 where Wu will give a speech on Peking Opera and his adaptation of the Shakespeare play.