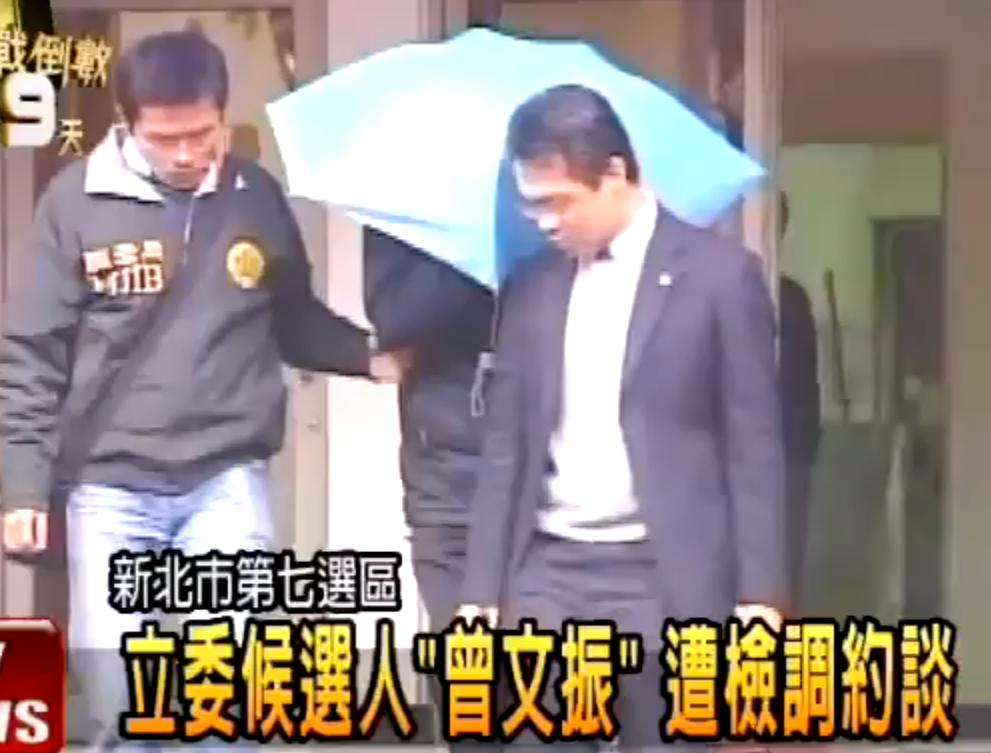 A candidate running for a seat in Taiwan’s parliament was arrested for alleged vote-buying, prosecutors said Saturday.

Tseng Wen-zhen, the nonpartisan legislator candidate, was taken into custody on Friday in New Taipei City following a police raid at his campaign office.

An arrest warrant has also been issued for his son Tseng Huan-jia, his father’s campaign manager.

Local media showed footage of Tseng being taken away in handcuffs, but Tseng’s wife claimed his innocence and vowed that he will still run for election.

Presidential and parliamentary elections in Taiwan are set to begin on Jan 14.