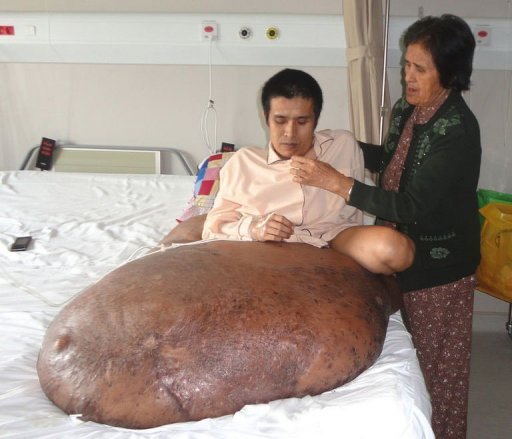 A Vietnamese man was in a stable condition in hospital Friday after doctors removed a giant tumor from his right leg that weighed 198 pounds, hospital officials said.

Nguyen Duy Hai’s massive tumor was cut away by a team of doctors in a risky operation that lasted 12 hours on Thursday, the France-Vietnam (FV) hospital in Ho Chi Minh City said in a statement, AFP news agency reported.

Hai, 31, suffers from a rare genetic disorder, the Proteus syndrome, the same disease that contributed to the “the elephant man”. He had been living with the tumor since he was four years old.