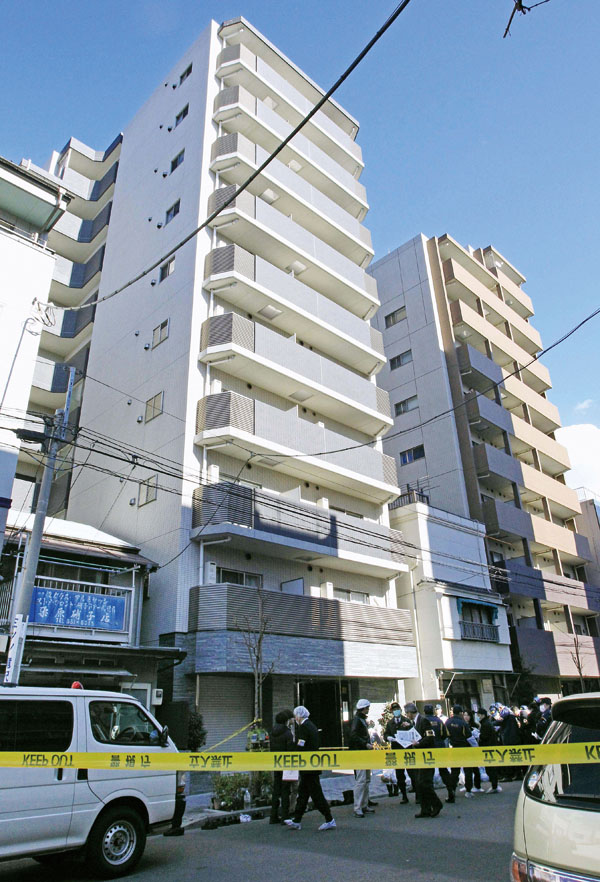 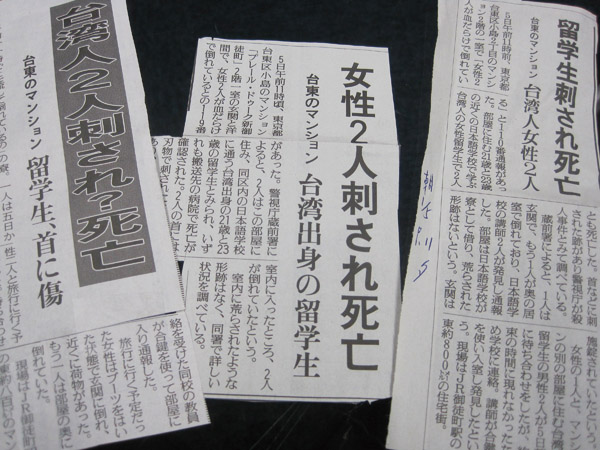 Japanese police said a fellow Taiwanese student familiar with the two Taiwanese female students killed in Tokyo could be involved in the killings, local reports said.

The two female students, Lin Chih-ying, 23, and Chu Li-chieh, 25, were found dead Thursday in a dormitory of a language school, the Intercultural Institute of Japan, in Tokyo.

Fatal knife wounds were found on both Chu and Lin’ necks with dozens of wounds on their backs.

Police discovered bloodstains in the dorm room of a male Taiwanese student, surnamed Chang, who lived near the victims’ dorm.

Local reports said the victims were planning to go on a trip to Hokkaido in northern Japan with two other male Taiwanese students, surnamed Hu and Kuo. Lin called Kuo at 8:00 AM to confirm the appointment. But when Hu called Lin after she failed to show up at the train station at 9:20 AM, the phone was unanswered. Police therefore estimated that the tragedy might occur between the two phone-calls.

Taiwan’s foreign ministry spokesman James Chang said that the Japanese police has “useful evidence in hand” and is now “going after the suspect with full force.”