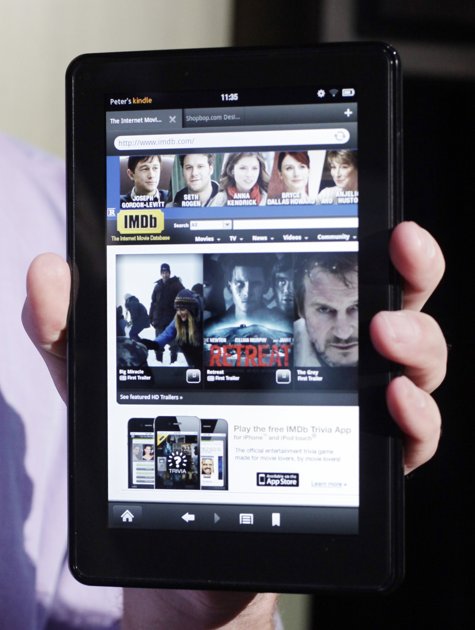 Online retailer Amazon says 2011 was the best holiday ever for its Kindle-brand e-readers and tablet computers.

The company has never released specific sales figures for the Kindle. Since the launch of the first Kindle in 2007, this franchise has grown to include several e-readers and the Kindle Fire tablet.

The Kindle Fire is expected to be one of the first true competitors to Apple's iPad. Amazon says the Fire has been the best-selling product on its site since its introduction 13 weeks ago.

Even so, the iPad is still expected outsell all other tablets, including the $199 Kindle Fire and Barnes & Noble Inc.'s new $249 Nook Tablet. The iPad starts at $499.