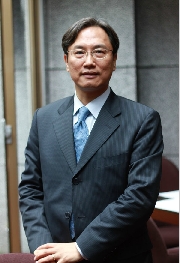 Over the past few years, the tourism industry in Taiwan has seen a trend toward hotel chains and toward property developers entering the hospitality sector.

In view of the ever-increasing travel market here, Rich Development Inc., known for its construction and sales in luxury real estate, is investing heavily to create a world of Richforest Hotels and Resorts around the island.

Richforest hotels in Sun Moon Lake, Taipei and Kenting are already in operation, says Tony Liao, who took over as General Manager of Richforest Hotels and Resorts on May 10, 2011.

"The other three resorts in Sun Moon Lake and one hotel in Hualien are currently under construction," Liao notes. "In early 2015 we will reap the harvest of careful planning."

The Taipei-based property developer branched into the hotel and resort business in 2006 with the acquisition of a wooden resort building with 45 rooms on Sun Moon Lake. They also plan to open hotels in Kaohsiung, Tainan, Chiayi and Taichung in the near future.

"The developer's chairman Kuo Chuan-ching has a unique view of the hospitality industry in Taiwan. He started his business in the construction sector and has drawn up the basic blueprint for the Richforest Hotel Chain System," says Liao.

Liao has rich experience in marketing and the hospitality sector, including stints at the Hotel Royal Taipei, United Hotel Taipei, Evergreen Laurel Hotel Taipei, Caesar Park Hotel Taipei (then the Hilton Hotel Taipei) and Taipei Grand Hotel. His job involves filling in and executing the plan for Kuo's dream of creating one of Taiwan's largest hotel chains.

"During my seven years at the Hotel Royal Taipei, I also learned a lot from the hotel chairperson C. P. Lin," he notes.

To stand out from the intense tourism industry on the island, Liao plans to establish a professional management system, develop quality talent and create brand value. His current goal is to attract more Japanese tourists to stay in the Richforest hotels.

Japanese visitors, he notes, now account for about 20 percent of total guests in the Richforest Hotel Taipei. He hopes to raise the level to 50 percent eventually.