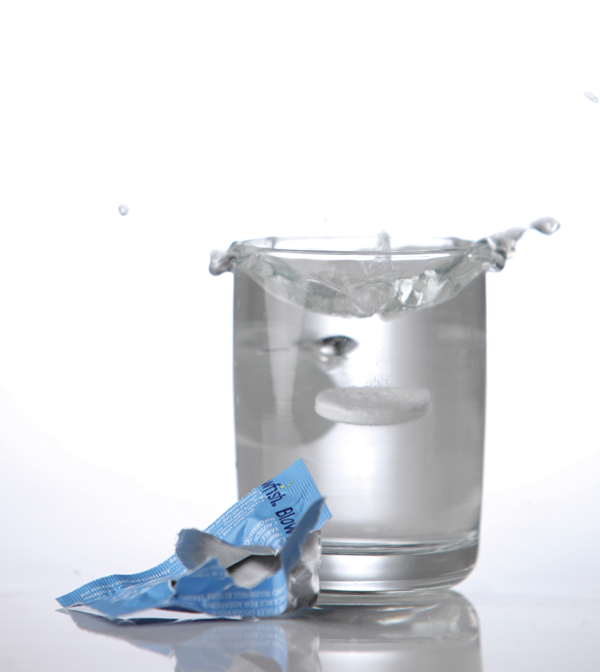 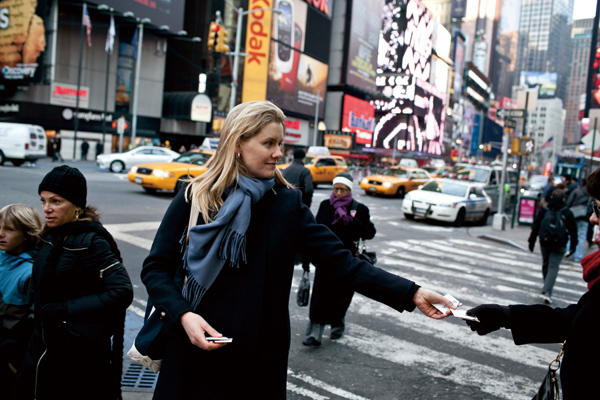 After a night of hard-partying in Manhattan to celebrate his impending fatherhood, Alex Fleyshmakher woke up the next day with a roaring hangover.
It was so bad, he said, that he ran to a family friend, Dr. Leonard Grossman, a plastic and reconstructive surgeon, who administered a mix of vitamins, minerals and protein through an IV line. (Grossman said a more accurate description was that Fleyshmakher “dragged himself” in.)
But “after I recovered,” said Fleyshmakher, 26, who is an owner of four cellphone stores in New York City, “a light bulb went off in my head.” And in short order, he and Grossman came up with the Bytox Hangover Prevention Remedy patch, which recently began appearing in stores in time for New Year’s Eve parties.
It is one of several new purported hangover helpers created by young New York entrepreneurs and making a debut this winter.
So far, the new patch (from $2.99 for one to $124.99 for a pack of 50) is available at Bytox.com, in some New York City bodegas and in the minibars at Gansevoort hotels in Manhattan.
Grossman said the Bytox patch (as in “bye” to toxins) should be stuck on an unhairy area of the body (he suggested a forearm) 45 minutes before drinking alcohol and kept on until the next day, or about eight hours after you stop drinking. He added that Bytox works in much the same way that a Scopolamine patch works to prevent nausea from motion sickness.
The Bytox package says the patch replenishes the vitamins and acids lost when consuming alcohol, though that statement has not been evaluated by the Food and Drug Administration.
In an interview, Grossman said the patch is more effective than a hangover-prevention pill because the ingredients – several types of B vitamins; acai berry; vitamins A, D, E and K; folic and pantothenic acids – are delivered continuously to the bloodstream. With a pill, he said, many of the vitamins and minerals are quickly excreted.
But then he warned: “If you’re going to drink a lot, nothing’s going to help you.”
Indeed, most medical experts agree that, as the Mayo Clinic puts it, “time is the only sure cure for a hangover.” But that didn’t stop a company called Blowfish from introducing a new pill in September. And if you live in Manhattan, you can get it delivered to your home or office within an hour by ordering at ForHangovers.com.
“We’ve gotten calls making sure it’s going to be in a discreet envelope so bosses wouldn’t see it,” said Brenna Haysom, Blowfish’s founder and president. (The tablets, 12 for $11.99 and 50 for $49.99, arrive in a manila envelope.)
Haysom, 34, abandoned a career in finance last year for the hangover-remedy business. She had worked at Lazard Capital and at Apollo Global Management, which she described as seven-day-a-week jobs. So when she did go out, she cut loose and suffered the consequences the next day. She said she wanted Blowfish to attack hangovers on weekdays when “you need to be in work in 45 minutes and you want to die.”
A mix of aspirin, caffeine and an antacid buffering agent, Blowfish tablets are effervescent, lemony tablets sold in Ricky’s NYC beauty stores, some West Village bodegas and, by early next year, Duane Reade stores. Haysom, who began making the business plan for the tablets when she was at Harvard Business School, said that taking two tablets is better than just drinking coffee and popping Advil because it’s more convenient, works faster and is gentler on the stomach. And because the tablets are meant to be dissolved in water, they force the suffering to rehydrate. There is no Food and Drug Administration warning on the packaging because the active ingredients (caffeine and aspirin) are approved by the organization.
As for the name Blowfish, Haysom wanted something people would remember and tell their friends about. Although not everyone likes it. “They think of blowing chunks,” she said. “Or Hootie and the Blowfish.”
And if the branding challenges of this category weren’t enough, it’s also growing crowded. A new vitamin brand, b.cuz, plans to introduce a pill – called b. cuz you like to party – in late February or March. “In time for spring break,” said Josh Peschko, 29, the founder of b.cuz.
Peschko, who has a day job in finance and some personal hangover experience, said the pill (which will cost about $20 for a bottle of 60) will include vitamins B and C, magnesium and cysteine to help to replenish the nutrients lost when drinking alcohol, which is a diuretic. Like other hangover-remedy purveyors, Peschko acknowledged that while a cure for hangovers is the holy grail, after one too many drinks there is no way to escape the pain.
“There’s never going to be a cure-all,” he said, but “if you can wake up and not want to throw up all over yourself, I think that’s a win.”