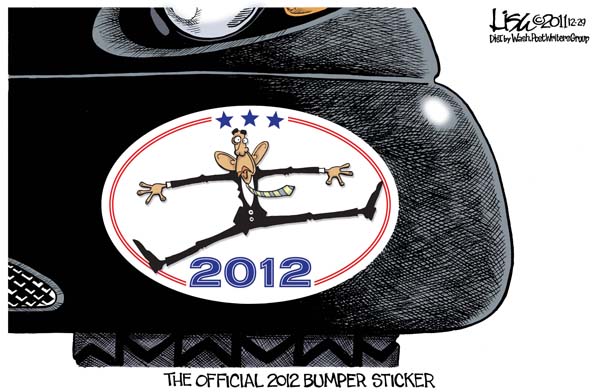 At Christmastime, we like to tell stories about resilient families. The Cratchits of “A Christmas Carol,” for instance, who subsist on love, hope and 15 shillings a week. The Baileys of Bedford Falls, who survive wars, bank runs and bankruptcies because they have friends, one another, and a guardian angel watching out for them. The first couple of the New Testament, who manage to cope with a supernatural pregnancy, a murderous king and the necessity of delivering a child in the bleak midwinter, half-out-of-doors and far from home.
These stories resonate in part because of how easily they could turn out differently. Not every Tiny Tim has Bob Cratchit as his father and a reformed Scrooge as his benefactor. Not every George Bailey realizes that he shouldn’t jump off the bridge when things look bleakest. And not every unexpectedly expectant mother has a St. Joseph standing by her.
Millions of Americans know this all too well, because the darker possibilities the Christmas stories hint at – divorce, abandonment, childhood suffering – are realities they have to live with every day. But that unhappy knowledge isn’t evenly distributed. In 21st-century America, the well-off and well-educated have the best odds of enjoying the domestic stability that the yuletide stories celebrate, while the very people who most need resilient families – the Cratchits and Baileys, the working poor and the hard-pressed middle class – are less and less likely to have them.
This domestic dissolution plays a role in a host of socioeconomic ills: stagnating blue-collar wages, weakening upward mobility, stalling high school graduation rates, even the increase in juvenile obesity and diabetes. But it isn’t an issue that politicians of either party are particularly comfortable addressing. Liberals worry about seeming paternalistic and judgmental; conservatives recoil from the idea of increasing the government’s role in the most intimate of spheres. Thus America has a crisis of family life, but no family policy to speak of.
To some extent, the nervous politicians are right. There is no government program that can guarantee a happy childhood or a devoted spouse. (If you replaced Clarence from “It’s a Wonderful Life” or the Angel Gabriel of the Gospels with a Health and Human Services bureaucrat, those stories would probably have a much grimmer ending.)
But public policy can still make a difference in the way we organize our private lives, and public institutions should be designed with existing patterns of social life in mind. Where mating and marrying are concerned, both our policies and our institutions are increasingly out of date: They’re built for a world in which two-parent, single-breadwinner families were a near-universal norm, and they don’t take enough account of the mass entrance of women into the work force, or the mounting economic pressures on the American family.
These pressures are strongest when children are young – the time when sustained parental attention can make the biggest difference to health, intelligence and life outcomes, but also the time when the juggling act for a two-earner (to say nothing of a single-parent) household is the most difficult and frenetic.
Not coincidentally, this is the period when many European nations have guaranteed extended parental leave: not the 12 weeks of unpaid time off in the Family and Medical Leave Act that Bill Clinton signed into law in 1993, but a more robust span that often covers the entire first year of a child’s life. The attractions of this model inspired the Fox News anchor (and mother of two) Megyn Kelly, not normally a fan of government regulation, to accuse the United States of being “in the Dark Ages when it comes to maternity leave.”
But there are costs to the European approach. Government-guaranteed leave often gives less financial relief to a mother or father who is already at home full time. And Europe’s overall web of regulations and job protections makes the labor market more rigid and less accommodating to part-time work – which is the kind of work that mothers, especially, tend to want. (A recent survey of U.S. parents found that 58 percent of married women with children preferred part-time to full-time work, compared with 20 percent of husbands.)
A more flexible alternative, championed by the conservative writers Ramesh Ponnuruand Robert Stein, would change the way we tax families, dramatically expanding the child tax credit in order to ease the burden on parents with young children. Their proposal would leave contemporary Baileys and Cratchits with more disposable income and more options without favoring one approach to parenting over another.
Obviously, neither generous parental leave nor an expanded child tax credit is a magic bullet for the problem of family breakdown. But if Democrats were championing the first idea and Republicans were championing the second, we would at least have the beginnings of a healthy conversation about family policy, instead of the conspicuous silence that surrounds the country’s biggest social crisis. And it’s hard to imagine a policy debate that’s better suited to the season.