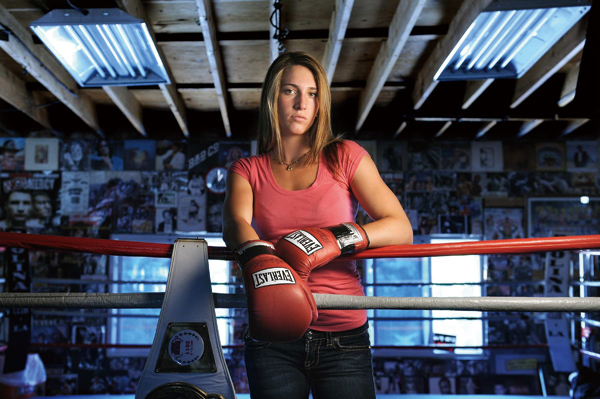 Mark Mayer calls them “the hard times,” the weeks and months when his teenage daughter would simply disappear for days on end.
“I wouldn’t sleep at night,” he remembers. “I just didn’t think she was in the right place.”
Mayer has spent most of his adult life entertaining kids as a toy designer for Mattel. But raising them was an entirely different matter as he found out when his three daughters came to live with him in a two-bedroom apartment in the Woodland Hills section of Los Angeles after his divorce.
The eldest, Lacey, and the youngest, Sadie, were joys. But the middle child? Well, she was a handful.
“I probably put him through hell,” Mikaela Mayer says. “This was my rebelling stage. We fought a lot.”
Six years later Mayer is still fighting, only now, at 21, she is among the favorites to earn a spot on the first U.S. Olympic boxing team for women. And her father, once her most intractable opponent, is in her corner.
“You forgive and forget,” Mark Mayer says. “I always just tried to be there and hoped that that would all go away. And in time it did.”
So much so that the puncher and the parent scheduled a holiday getaway to Big Bear mountain resort for some skiing, some snowboarding and a lot of bonding.
“Honestly everything that I’ve done, every phase that I’ve gone through — whether good or bad — has brought me to where I am today,” Mikaela says. “The way he let me live my life and make my mistakes really helped me form who I am.”