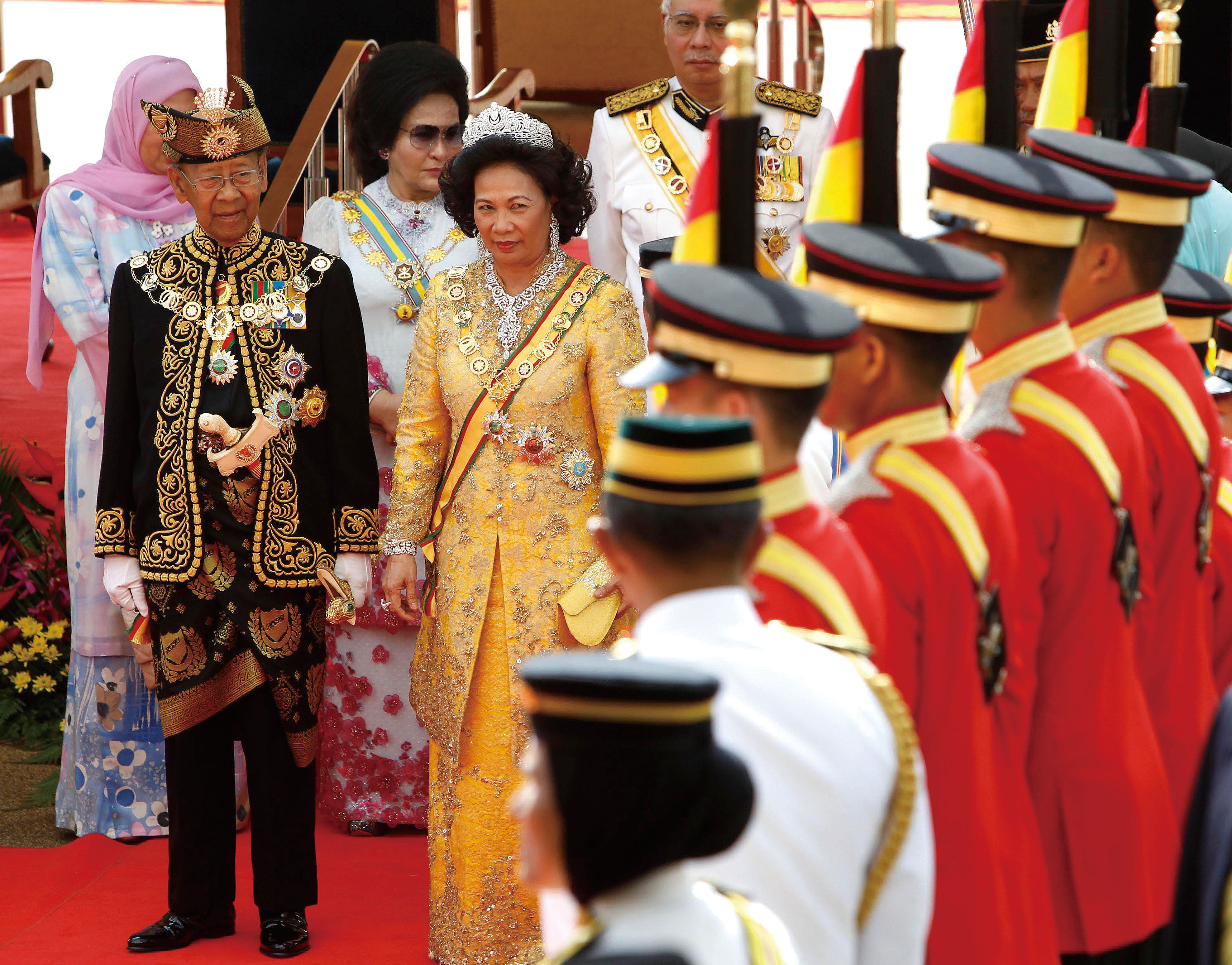 An 84-year-old sultan known as an avid fan of football and singers like Frank Sinatra became Malaysia’s new king Tuesday, the oldest constitutional monarch in the Southeast Asian nation’s history.
Sultan Abdul Halim Mu’adzam Shah took his oath of office in a nationally televised ceremony attended by hundreds of dignitaries at a glittering yellow hall in Malaysia’s new federal palace.
Under a unique system maintained since Malaysia’s independence from Britain in 1957, nine hereditary state rulers take turns as the country’s king for five-year terms.
The monarch’s role is largely ceremonial, since administrative power is vested in the prime minister and Parliament. But he is highly regarded, particularly among the ethnic Malay Muslim majority, as the supreme upholder of Malay tradition and symbolic head of Islam.
“The king is the umbrella to the people and the people are the pillars of the king,” Sultan Abdul Halim said in comments issued through the national news agency, Bernama. “The king’s greatest role is to ensure there will be no cruelty and destruction to the people and to the country.”
Garbed in black and yellow regalia, Sultan Abdul Halim was sworn in after inspecting a military honor guard and receiving a 21-gun salute at Parliament.
The king’s roles include appointing Cabinet ministers and senior judges on the advice of the prime minister. He also appoints top Islamic clerics and is considered the highest-ranking figure in the armed forces.
Public criticism of the king and state sultans is virtually illegal. Under Malaysian sedition laws, people who incite “hatred or contempt” toward royal rulers can be imprisoned for three years.
Sultan Abdul Halim, an avid golfer and sports fan, is the constitutional ruler of Malaysia’s northern Kedah state, nicknamed the country’s rice bowl because of its vast paddy fields.
Besides being Malaysia’s 14th and oldest king, Sultan Abdul Halim is the first to ascend the throne twice. He was also king between 1970 and 1975, when the father of Malaysia’s current prime minister, Najib Razak, was premier.
He succeeds Sultan Mizan Zainal Abidin, 49, who was one of Malaysia’s youngest kings.
Sultan Abdul Halim is in robust health for his age. In 2006, he walked more than a mile (kilometer) to a stadium to watch his state’s football team in a tournament because his car was trapped in a traffic snarl.
Installed as state ruler in 1958, Sultan Abdul Halim has been described by his family as a caring leader and a fan of Frank Sinatra, Dean Martin and Nat King Cole.
Malaysian media noted that when Sultan Abdul Halim first became king in 1970, he had to travel by train from Kedah to Kuala Lumpur, Malaysia’s largest city. On Tuesday, he took a flight and was sent off by an estimated 30,000 people who thronged roads to Kedah’s airport.