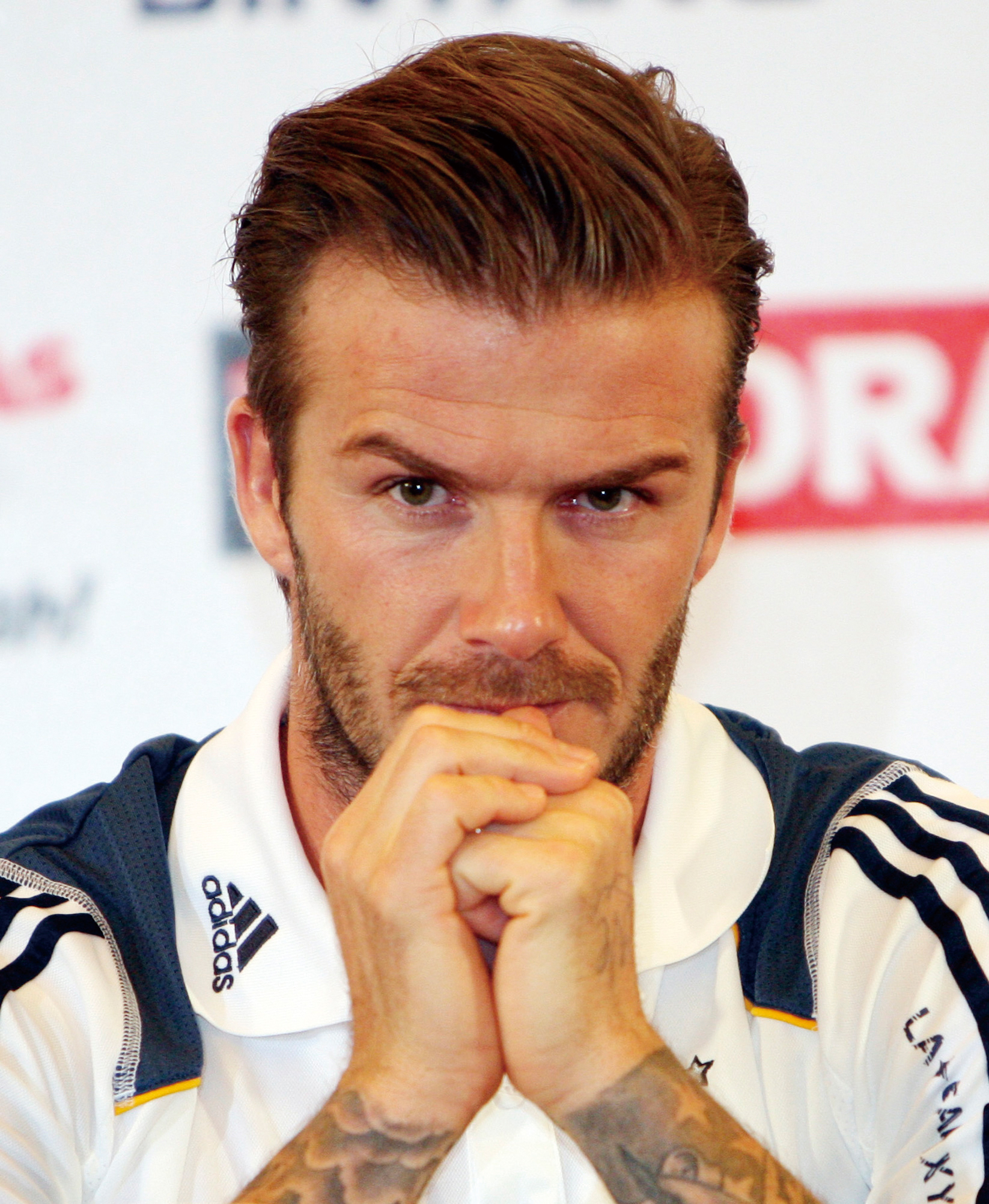 David Beckham will make what may be a farewell tour with the Los Angeles Galaxy over the coming week in a series of Asian games where much of the local discussion has been about ticket prices.
The Galaxy will play an Indonesian Select XI in Jakarta on Wednesday, followed by a meeting with the Philippines national team in Manila on Dec. 3, then a game against Australian club Melbourne Victory three days later.
Beckham is contractually obliged to appear, and these may be his last appearances in a Galaxy shirt, with speculation about a move back to Europe.
The cost of tickets for the upcoming games had raised eyebrows in local markets, with fears they will be out of reach for poorer fans in Jakarta and Manila particularly.
The last time L.A. Galaxy toured Asia in 2008 the team was met with some disappointing attendances. In South Korea, only half of the 66,000 seats at Seoul World Cup Stadium were occupied while around only 10,000 fans bought tickets for the match four days later in Shanghai.
Australia has been different however, with 80,000 fans turning out to watch the game against Sydney in 2007, while last year’s game against Newcastle Jets was almost a sell-out.
Indonesian organizers Mahaka Sports are hoping that sales for Wednesday’s game will follow the Australia pattern, though there too, fans of host Melbourne Victory have criticised ticket prices that start at $60.
Reports in the Jakarta press claim that 40,000 of the 76,000 available tickets need to be sold to break even. Two days before kickoff, the company claimed that around 20,000 had been bought by fans.
Eric Thohir, co-owner of NBA team Philadelphia ‘76ers and director of Mahaka Sports, acknowledged that while things could be better, he was satisfied.
“Ticket sales are OK, they are not doing great but OK,” Thohir told Associated Press. “In terms of broadcasting and sponsorship, we are doing well. Our projection is that we will sell about 45,000 tickets. The cheapest is only seven dollars, with the most expensive, in the VIP section it is 200 dollars. Pricing should be OK but there have been lots of games recently.”

Makaha has insisted on Beckham’s appearance and he is contractually obliged to play at least 45 minutes.

“Indonesia is football crazy and also Beckham is still a big name here and this is his first time here. L.A. Galaxy has brought in some big names in the past year like Robbie Keane and we were also lucky because it won the MLS championship recently.”

Selling out the 13,000 capacity Rizal Stadium in Manila should be an easier task, although with the cheapest tickets available at $45, similar in price to the most expensive tickets at a recent 2014 FIFA World Cup qualifier against Kuwait, there is no guarantee the arena will be full.

Organizers are staying silent on the number of tickets sold but according to local media, four days before kickoff, the cheapest and most expensive seats have moved reasonably well, but there had been less demand for mid-priced tickets.

The president of the Philippine Football Association, Nonong Araneta, told Associated Press that the visit of L.A. Galaxy is worthwhile however.

“The promoters have to spend to get the team here,” Araneta said. “At the moment, tickets are selling well and the game is going to be televised so people can watch on television if they can’t get tickets for any reason.”

“David Beckham is a crowd-puller and for him to come here is a big thing and people are excited to see him here. It is not only good for football but for the country, bringing a celebrity is good for the image of the Philippines.”

The visit of the former England captain is being seen as valuable to the sport in the Philippines, as the national team is lowly ranked and other sports command more attention.

That is changing, as the national team made it to the second round of qualification for the 2014 World Cup in the summer and last December made the semifinals of the 2010 ASEAN Cup.

“It is a good thing for our football to have the MLS champions here,” added Araneta. “We think it will be a catalyst for football in this country. We have shown tremendous progress in the past year and we are looking to keep moving forward in 2012.”

There is no such lack of passion for football in Indonesia but 2011 has been another one to forget for the country both on and off the field.

The national team had lost all five of its group matches in the penultimate round of qualification for the 2014 World Cup, and there has been political wrangling behind the scenes.

The start of the league season has been suspended due to organizational issues and just last week, two fans died in a crowd crush outside the Southeast Asian Games final in the same Gelora Bung Karno Stadium that will host Wednesday’s game.

In Melbourne, the game is being billed as a belated clash between new Victory signing Harry Kewell and Beckham. The two were among the biggest stars in the English Premier League when their respective clubs Leeds United and Manchester United were fighting out major titles in the late 1990s and early 2000s.