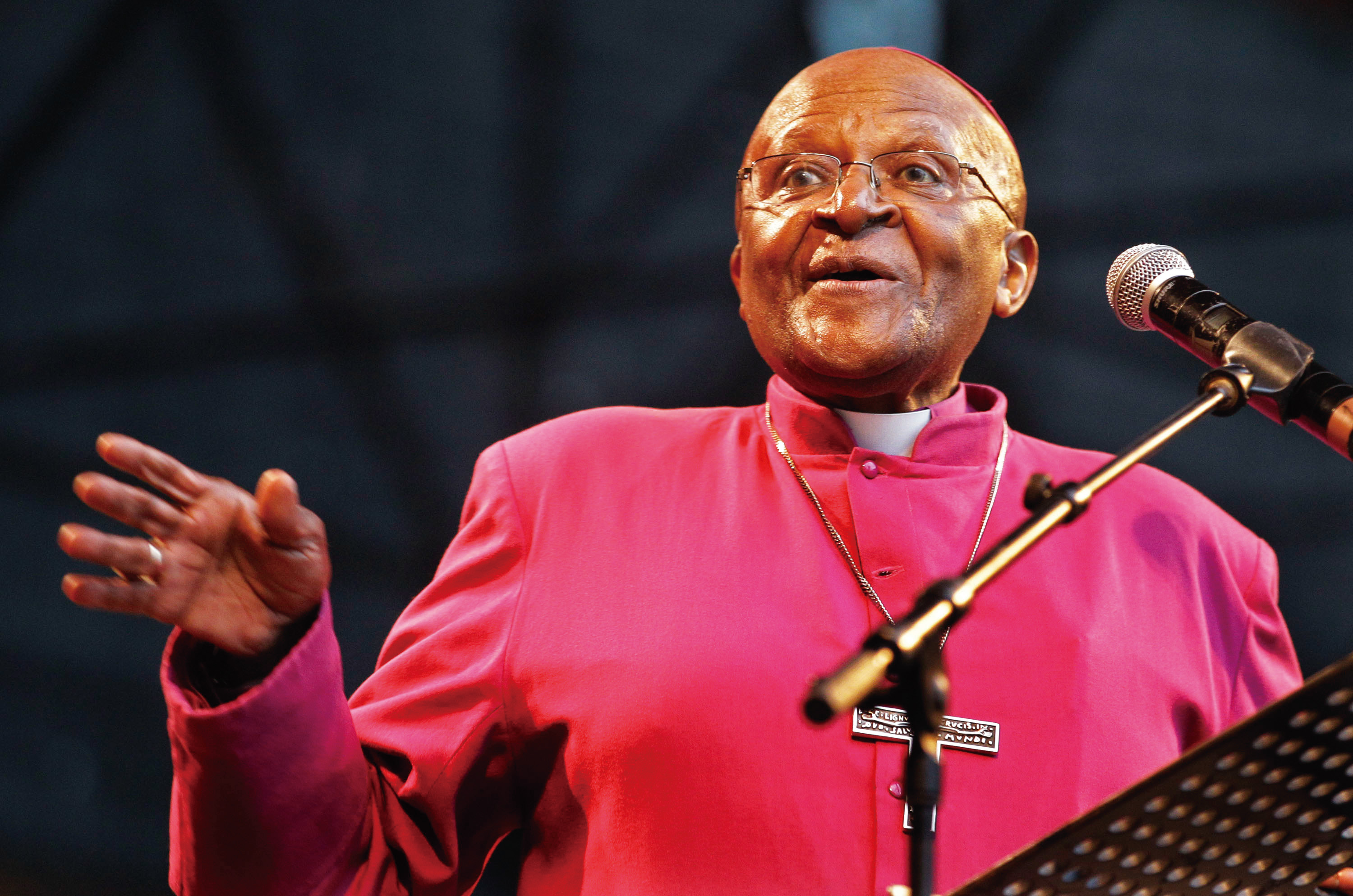 The U.N.’s top climate official said she expects governments to make a long-delayed decision on whether industrial countries should make further commitments to reduce emissions of climate-changing greenhouse gases.
Amid fresh warnings of climate-related disasters in the future, delegates from about 190 countries were gathering in Durban for a two-week conference beginning Monday. They hope to break deadlocks on how to curb emissions of carbon dioxide and other pollutants.
Christiana Figueres, head of the U.N. climate secretariat, said Sunday the stakes for the negotiations are high, underscored by new scientific studies.
Under discussion was “nothing short of the most compelling energy, industrial, behavioral revolution that humanity has ever seen,” she said.
Archbishop Desmond Tutu, a hero of the movement that ended apartheid in South Africa, led a rally at a rugby stadium later Sunday urging negotiators to be more ambitious during what were expected to be difficult talks. Unseasonably cold, windy weather kept the crowd to a few hundred spectators.
Tutu, dressed in ecumenical purple robes, he said the struggle to end the racist regime in his homeland is now followed by a fight against “another huge enemy, and no country can fight this particular enemy on its own.”
He chided countries that have been reluctant to renew pledges to cut carbon emissions. Whether rich or poor, “we have only one home. This is the only home we have,” he said. “For your own sakes, you who are rich, we are inviting you: Come on the side of right.”
In Rome, Pope Benedict XVI — sometimes called the “green pope” for his outspokenness on environmental issues — also called for the delegates in Durban to heed the needs of the world’s poor.
“I hope that all members of the international community agree on a responsible and credible response to this worrisome and complex phenomenon, taking into account the needs of the poorest and future generations,” he said during his traditional Sunday blessing from his studio overlooking St. Peter’s Square.
Hopes were scrapped for an overall treaty governing global carbon emissions after the collapse of talks at a climate summit in Copenhagen two years ago. The “big bang” approach has been replaced by incremental efforts to build new institutions to help shift the global economy from carbon-intensive energy generation, industries and transportation to more climate-friendly technologies.
But an underlying division between rich and poor countries on the future of the 1997 Kyoto Protocol has stymied the negotiators.
Figueres said she hoped for a decision on extending emission reduction commitments under the Kyoto accord, which has been postponed for two years. Previous commitments expire next year.
“It’s a tall order for governments to face this,” but they show no interest in yet another delay, she said.
High on the conference agenda is the management of a fund scaling up over the next eight years to $100 billion annually to help poor countries cope with changing climate conditions.
Questions remain how the money will be governed and distributed, but more immediately, how those funds can be generated from new sources beyond established development channels from the West.
Ideas on the table include a carbon surcharge on international shipping and on air tickets, and a levy on international financial transactions — sometimes called a Robin Hood tax.
A committee of 40 countries worked for the past year on drawing up a plan to administer the Green Climate Fund, but agreement on the final paper was blocked by the United States and Saudi Arabia, and the final contentious issues will have to be thrashed out in Durban.
Todd Stern, the chief U.S. delegate, said the negotiations had been too rushed.
“I am pretty confident that we’re going to be able to work these things out,” he told reporters last week, without naming the problematic issues.
But Figueres said the future of the Kyoto accord, which calls on 37 wealthy nations to reduce carbon emissions 5 percent below 1990 levels by the end of next year, is the most difficult political issue that nations face.
“If it were easy we would have done it years ago,” she said.
Poor countries want the industrial nations to commit to more cuts for a second period, saying the protocol is the only legal instrument ever adopted to control carbon and other gases that trap the Earth’s heat.
But the wealthy countries, with growing consensus, say they cannot carry the burden alone, and want rapidly developing countries like China, India, Brazil and South Africa to join their own legally binding regime to slow their emissions growth and move toward low-carbon economies.
“We need to protect the Kyoto Protocol as the bedrock of the global climate regime,” Tim Gore, the climate strategist for the aid agency Oxfam International, told The Associated Press.
In the weeks preceding the conference delegates have been bombarded by new research and scientific reports predicting grim consequences for failing to act.
The U.N. weather agency reported last week that greenhouse gases have reached record-level concentrations in the atmosphere since the start of the industrial era in 1750. New figures for 2010 from the World Meteorological Organization show that carbon dioxide levels are now at 389 parts per million, up from about 280 ppm 250 years ago.

This week the weather agency is due to report on global temperatures for 2011, which are expected to show a continuing long-term trend of global warming. The Geneva-based agency said last year that 2010 was the hottest year in the books.

Oxfam released a report Monday showing that extreme weather events, which scientists say are related to global warming, are driving up food prices and putting an impossible burden on people living on the margins.

In the last 18 months, Russia lost 13.3 million acres of crops, or about 17 percent of its production, due to a months-long heat wave. Drought in the Horn of Africa has killed 60 percent of Ethiopia’s cattle and 40 percent of its sheep. Floods in September have raised the price of rice by 25 percent in Thailand and 30 percent in Vietnam, according to the U.N. Food and Agriculture Organization.