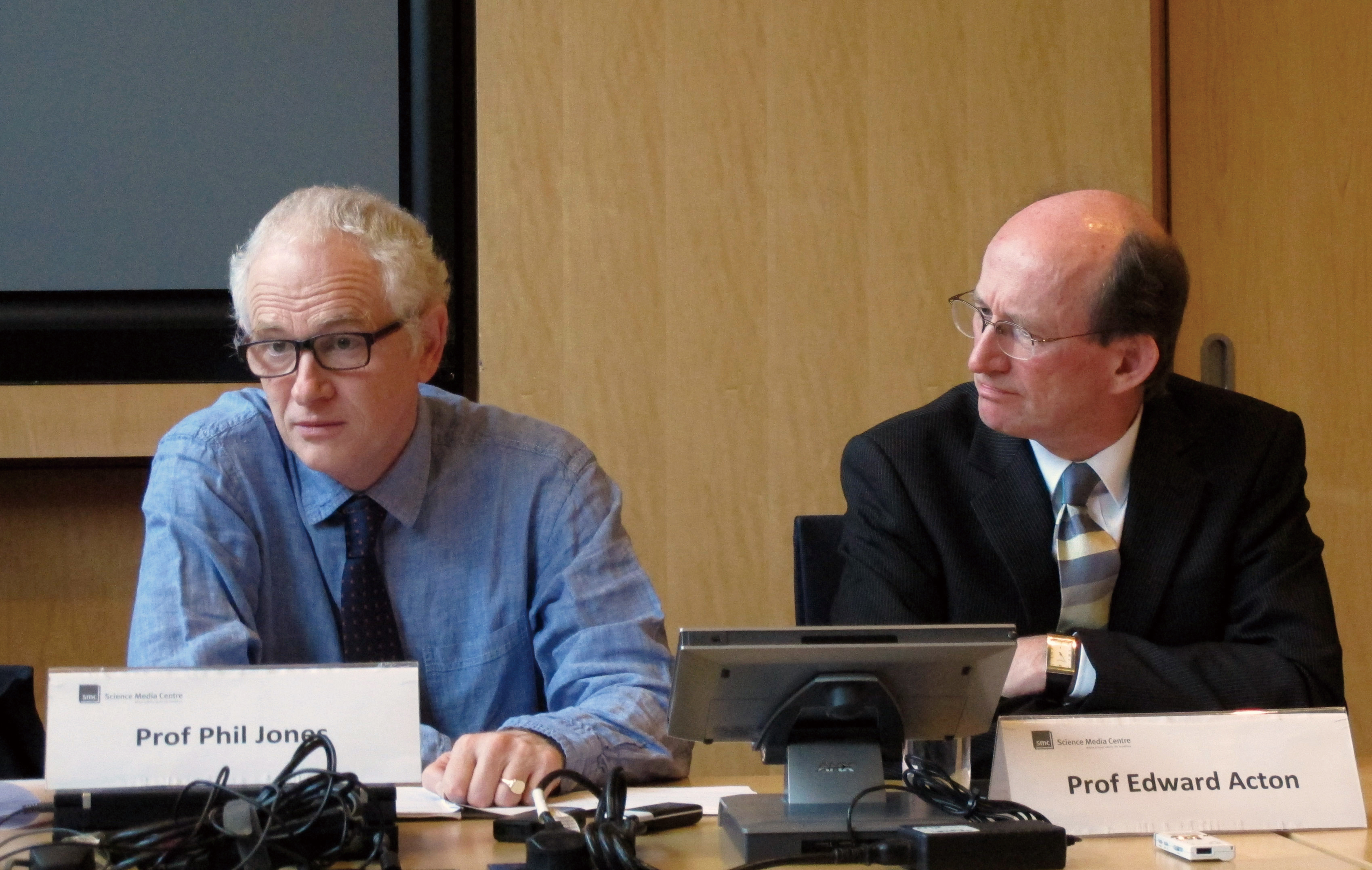 The British climatologist ensnared in a major new email leak took his case to the public Wednesday, arguing that he and his colleagues’ comments have again been taken out of context.
The University of East Anglia’s Phil Jones was one of the major players in the controversy that erupted two years ago over the publication of emails which caught prominent scientists stonewalling critics and attacking them in sometimes vitriolic terms.
The University of East Anglia’s Climatic Research Unit is one of the world’s leading centers for the study of how world temperatures have varied over time, and Jones came under particular scrutiny following the 2009 disclosures — even receiving death threats over allegations that he was a leading a conspiracy to hype the dangers of climate change.
Jones and his colleagues have since been vindicated by a series of independent investigations, but the university’s reputation has been dented by criticism that it refused to share data with skeptics.
Jones said that his “heart did sink a bit” when he heard about the most recent leak, which apparently consists of old messages held back the first time around.
The university and other climate scientists believe the leak was delayed until now “to cause maximum disruption” to the imminent U.N. climate talks next week in Durban, South Africa.
When quizzed about emails that captured him and other researchers disparaging each others’ work or raising pointed questions about the accuracy of climate models, Jones framed it as part of “the cut-and-thrust of scientific debate.”
Several excerpts also seemed to be aimed at how best to present scientific findings to the public, but Jones said it was “foolish to think that scientists don’t think about the how their message is received.”
Jones also was asked about a message he wrote suggesting that emails could be deleted to dodge freedom of information requests. Both he and his university have been criticized for obstructionist attitudes toward Britain’s right-to-know law, and the university now says it’s far more open about sharing its data.
In his response, Jones appeared to suggest that the public need not interest itself in the inner workings of groups such as the International Panel on Climate Change, which produces authoritative reports on the future of the world’s weather.
“Why do people need to know who wrote what individual paragraph?” Jones said.

Other excerpts from the 5,000-odd emails being circulated seemed to cover some of the same ground as the 2009 release, which unleashed an international furor over allegations that scientists were working behind the scenes to manipulate the science behind climate change. Several inquiries have since refuted the charges.

University of East Anglia’s Vice chancellor Edward Acton, who flanked Jones as he addressed journalists, predicted less of a storm this time around.

“There’s is so much deja vu about it,” Acton said.