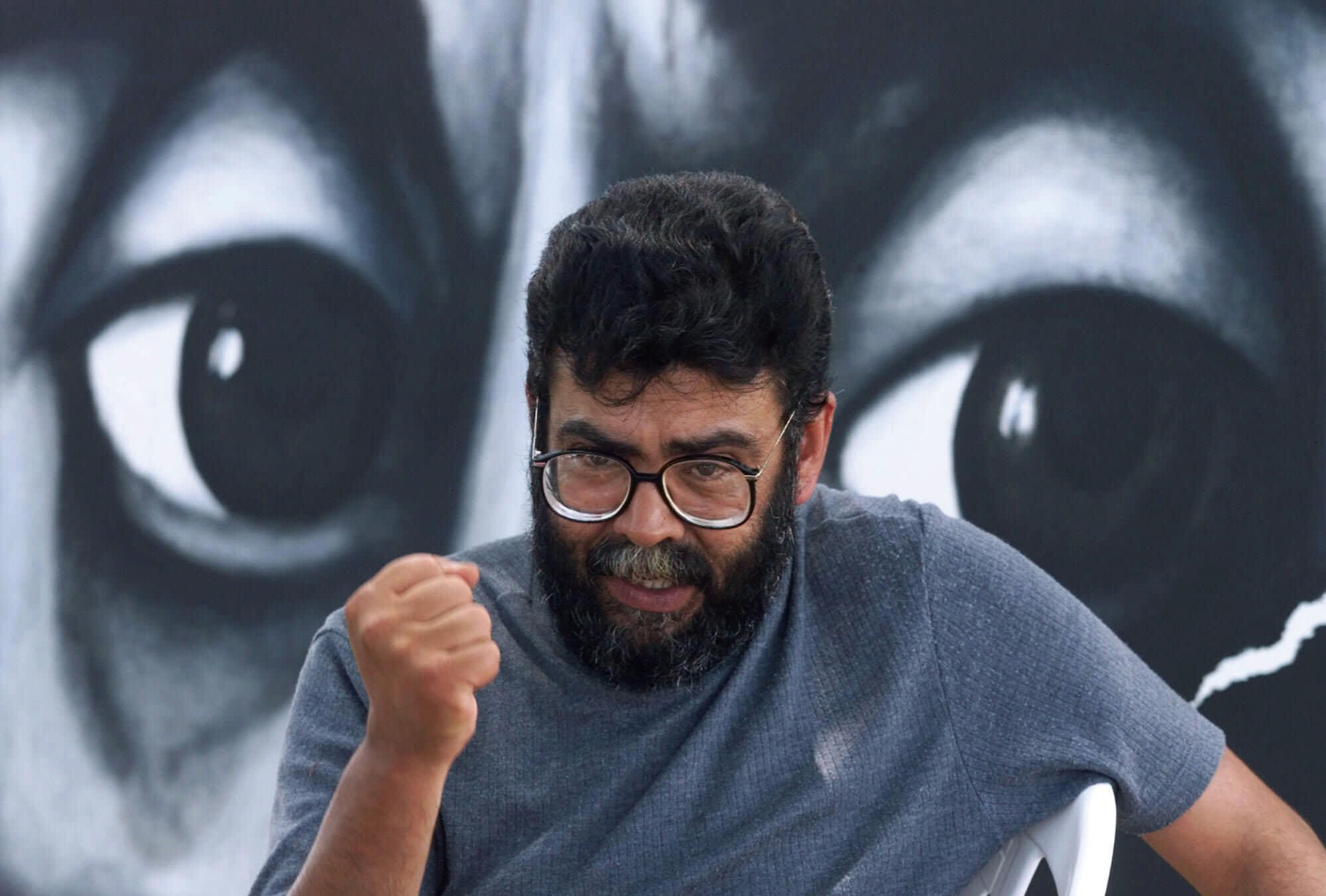 Alfonso Cano was a bespectacled middle-class intellectual who rose from chief ideologist to maximum leader of the Revolutionary Armed Forces of Colombia after the death of its legendary co-founder.
A pupil for years of original FARC ideologue Jacobo Arenas, Cano became the group’s political strategist when his mentor died in 1990.
Cano was killed in a military attack Friday, the government said.
He was 63 and, a post-mortem photograph showed, had shaven off the trademark beard that had grayed with the years.
“While other FARC commanders were talking about blowing up bridges, Cano would be sitting around reading a book,” said Carlos Lozano, editor of the Communist Party newspaper Voz and a longtime mediator.
Former President Alvaro Uribe took a more cynical view of Cano, describing the guerrilla who was partial to Marlboro cigarettes as a “terrorist who poses as a philosopher.”
Cano, whose real name was Guillermo Saenz Vargas, studied anthropology at Bogota’s prestigious National University before joining the Communist Youth, and is believed to have joined the FARC in the late 1970s.
Once underground, Cano rose rapidly through the ranks. He led peace talks with the Colombian government held in Caracas, Venezuela, in 1991 and in Tlaxcala, Mexico, in 1992. Both parleys ended in failure.
Cano was put in charge of the FARC’s clandestine political arm when it was created in 2000 during another set of peace talks that failed.
Cano was discreet during the protracted negotiations held in 1998-2002 in a Switzerland-sized swath of Colombia’s jungle. He seldom appeared in public, apparently believing the talks would fail.
They did after the FARC hijacked an airplane and forced it to land in the neutral zone granted to the rebels where the talks were held. An angered President Andres Pastrana ended the talks and ordered the military to retake the area.
Pastrana said Cano never showed up at the negotiating table.
During those years of prolonged negotiations, Cano would grant interviews to the media dressed in a camouflage uniform with a pistol under his shoulder sitting in front of a large portrait of Latin American independence leader Simon Bolivar.
“He was timid,” said Alfredo Molano, an analyst who knew Cano when both were university students in the late 1960s and early 1970s. “He was from Bogota’s middle class. He had his style and maintained a certain elegance.”
Cano was born in Bogota on July 22, 1948, to a middle-class family. His father was an agronomist and his mother a teacher.Little is known about Cano’s private life. It is not clear if he had a wife or children. He was often seen at peace talks with a young female guerrilla called Lucero.
When the FARC’s co-founder and longtime leader Manuel “Sureshot” Marulanda died of a heart attack on March 26, 2008, Cano was named top commander of Latin America’s last major guerrilla army.
After assuming control of the FARC in 2008, he announced that the rebels were ready to engage in peace talks.
In a message last New Year’s after the current president, Juan Manuel Santos, had been in office for six months, Cano praised the Colombian leader for legislation that was later enacted to redress some 4 million victims of the country’s long-running conflict.
And in a June 2011 interview with the Spanish newspaper Publico, he said that “the confrontation in Colombia has gone on too long.”
At the same time, military officials say, Cano was apparently scurrying around Colombia’s mountains trying to evade an ever-narrowing dragnet.
When he died, Cano had 12 convictions and 142 arrest warrants pending for crimes including kidnapping, homicide and rebellion.