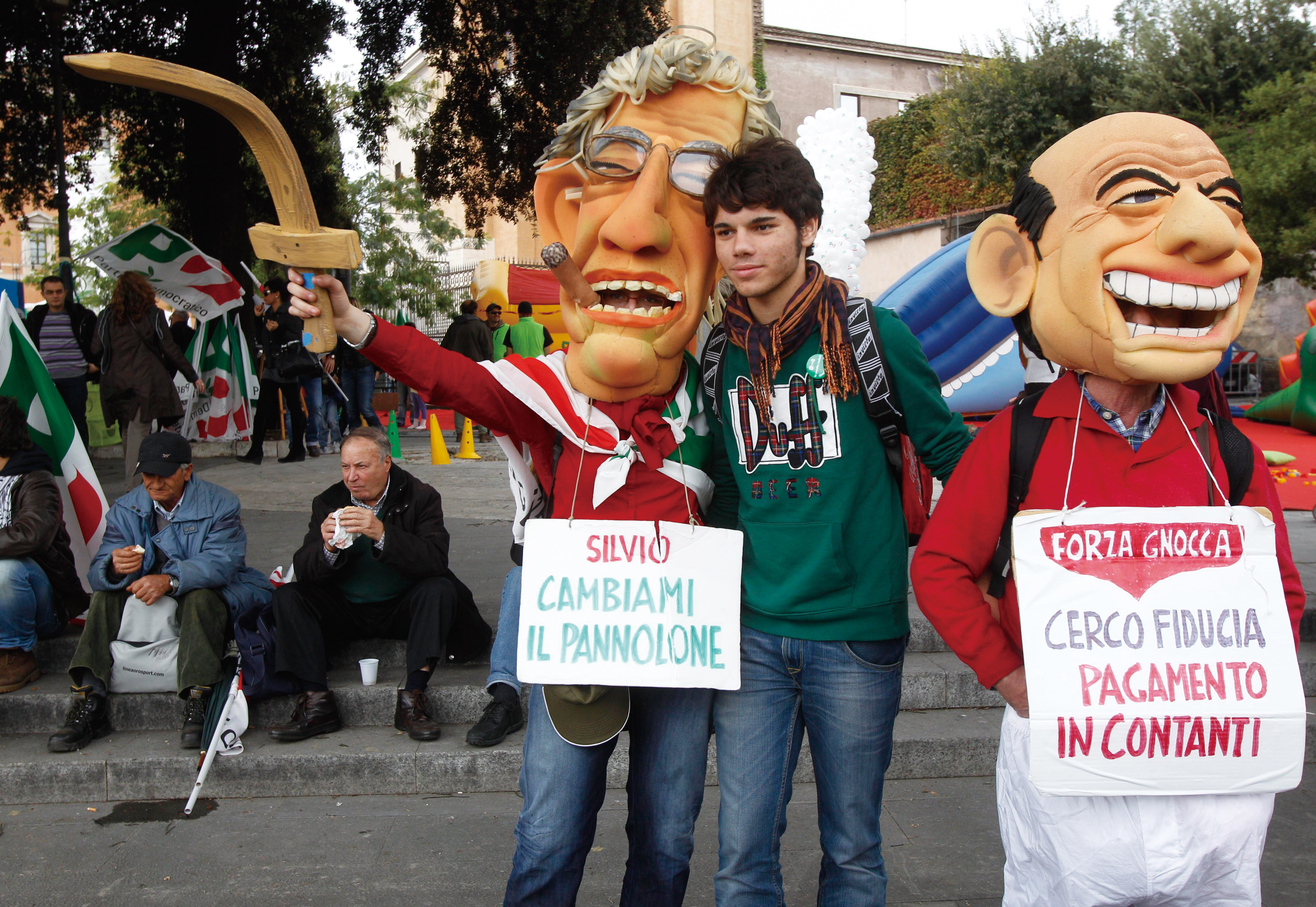 Tens of thousands of opposition activists demonstrated in central Rome on Saturday for the ouster of Premier Silvio Berlusconi.
Democratic Party leader Pierluigi Bersani told the crowd that his party is prepared to work with other opposition groups to lead a new government.
“If there is discontinuity and change, we are ready with the other opposition to create a new government,” Bersani told the crowd in Piazza San Giovani.
Berlusconi’s grip on power has been weakened by the ongoing sovereign debt crisis and infighting in his coalition that has prevented clear measures. Six members of his party this week urged him to step aside to allow the formation of a broader coalition with a centrist opposition party.
The protesters, who arrived on buses and trains from throughout Italy, were joined by center-left politicians from France and Germany, as well as a group of topless female demonstrators from Ukraine known as Femen.
“We are not credible. I am ashamed of how other European countries see us. It is pitiful. This man (Berlusconi), this marionette, must go away,” said Mario Puddu, a retiree.
Berlusconi has promised a confidence vote on new legislation sought by the European Union to shore up Italy’s economy. The measures include a plan to sell government assets, tax breaks to encourage employment for the young, and getting women back into the work force. The legislation would also liberalize store opening hours and open closed professions.
Italy also agreed at a summit in Cannes to have the International Monetary Fund monitor the reform efforts, a humbling step for one of the world’s seventh largest economies with the second largest public debt in Europe.

Italy’s borrowing costs to service its enormous public debt at 120 percent of GDP have been rising since the summer, raising concerns of a default if Italy. While Europe has bailed out Ireland, Greece and Portugal, euro zone leaders say Italy is too big to bail out.