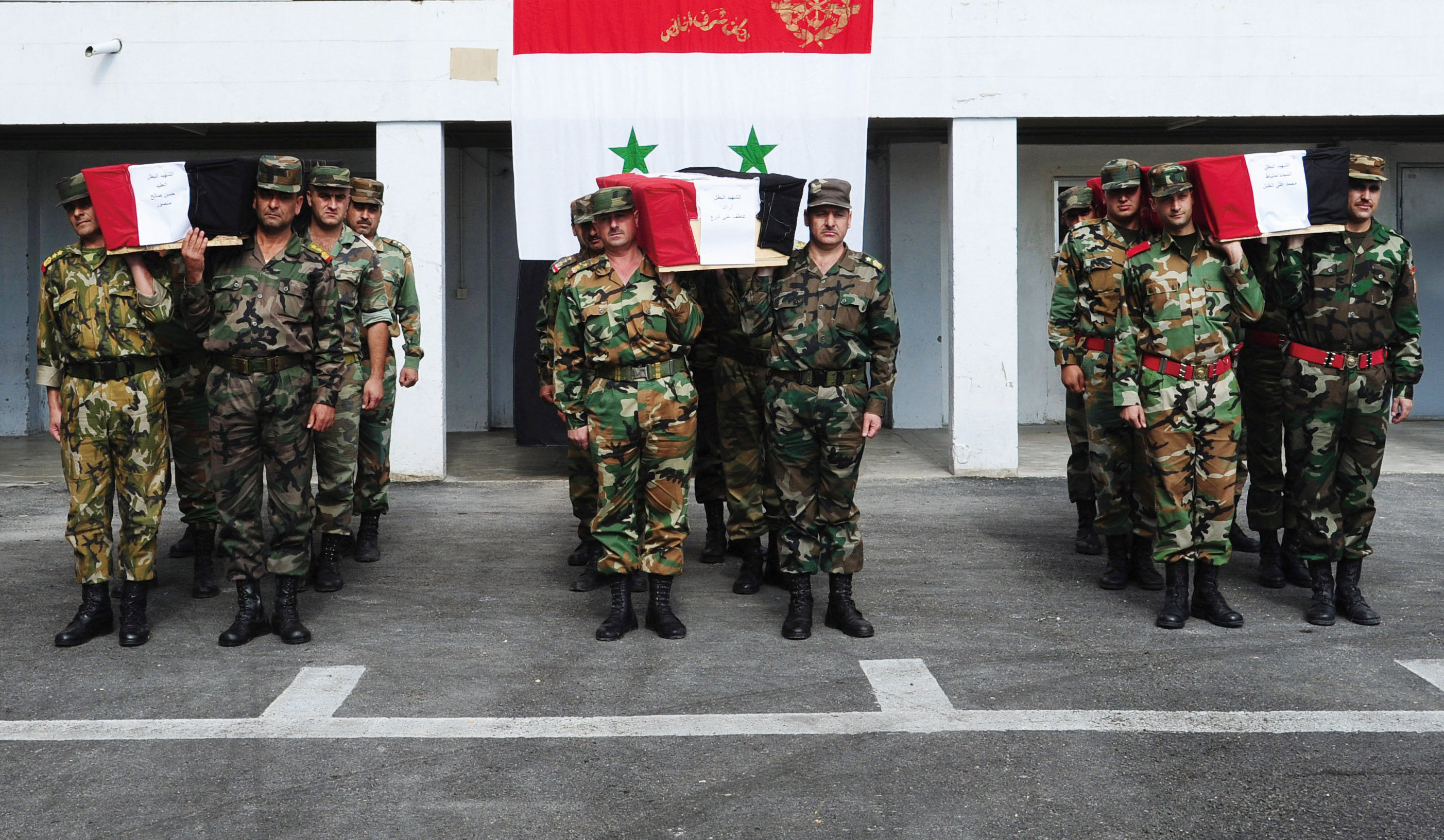 The Syrian regime on Saturday released more than 550 people arrested during anti-regime protests, kicking off an Arab peace plan, even as activists said fresh clashes cost at least 10 more lives.
The Arab League chief, meanwhile, warned that failure of the peace deal agreed this week would be catastrophic and demanded an immediate end to the bloodshed.
To mark the Muslim feast of Eid al-Adha, Damascus freed 553 people arrested during protests while also condemning Washington for suggesting Syrians reject an amnesty offered to lay down their arms.
But at least six civilians were killed by gunfire in the central city of Homs, the Syrian Observatory for Human Rights said in statements received in Nicosia.
And in the northwestern province of Idlib, near the Turkish border, “four (Shabiha) militiamen loyal to the regime were killed by suspected deserters in the town of Saraqeb,” added the Britain-based Observatory.
On Friday, Syrian troops killed at least 23 people when demonstrators took to the streets denouncing “despots and tyrants,” with world powers casting doubt on the regime’s commitment to the peace deal agreed with the Arab League.
The death toll since Syria agreed to the plan on Wednesday has topped 50, with the United Nations estimating that more than 3,000 people have been killed in a brutal crackdown since anti-regime protests erupted in mid-March.
The Arab League plan calls for an end to violence, the release of those detained, the withdrawal of the army from urban areas and free movement for observers and the media, as well as talks between the regime and opposition.
However, the head of the opposition Syrian National Council, Burhan Ghalioun, on Saturday ruled out any dialogue with the regime, in a statement broadcast by Al-Jazeera television.
“We will not negotiate over the blood of the victims and the martyrs. The regime is only trying to win time,” with its declared acceptance of the Arab plan, he charged, calling on security forces to desert.
State news agency SANA said Syria released on Saturday 553 people arrested during the anti-regime protests, to mark the Eid al-Adha feast that marks the climax of the annual hajj pilgrimage in Saudi Arabia.
“On the occasion of (Eid) al-Adha, 553 people arrested during the events in
Syria and whose hands are not stained by blood, have been freed,” it said,
adding, without elaborating, that another 119 detainees had “recently” been
freed.
Rights groups say thousands of people have been arrested since the
crackdown began, claiming many detainees are tortured or even killed in prison.
The Syrian League for the Defence of Human Rights said a filmmaker has gone
missing and is believed abducted by the security services, while a lawyer was
among several women rounded up in Damascus.
Film director Nidal Hassan went missing on Thursday, with his associates
believing he has been “abducted by the security services due to his support” of
anti-government protests, it said.
The group added that Syria’s security services had arrested 28-year-old
lawyer Asma Sassa and four young women in Damascus it said were “trying to
rescue a demonstrator being violently beaten” by pro-regime militiamen.
It said at least 114 lawyers have been detained over the past eight months.
In Cairo, Arab League Secretary General Nabil al-Arabi warned that failure
of the deal, brokered by his organisation, would be “catastrophic” for the
country and region.
The statement was issued after Arabi met Ghalioun, the Paris-based leader
of the SNC.
Arabi expressed his “deep regret and extreme concern at the continuation of
violence in different regions of Syria, warning of the dangers of not achieving
progress in implementing the Arab plan.”
Arabi’s deputy, Ahmed Ben Hilli, told AFP that President Bashar al-Assad
has two weeks to begin talks with the opposition, starting from the time his
government agreed the proposal on November 2.
In Damascus, meanwhile, the government condemned Washington after the US
State Department advised Syrians against surrendering under an amnesty offer
for those who give up weapons.
“The American administration disclosed again its blatant interference in
Syria’s internal affairs,” SANA quoted a foreign ministry official as saying.
The interior ministry had announced an amnesty for people who surrender
their weapons between Saturday and November 12 in a concession to mark Eid
al-Adha, state television reported.