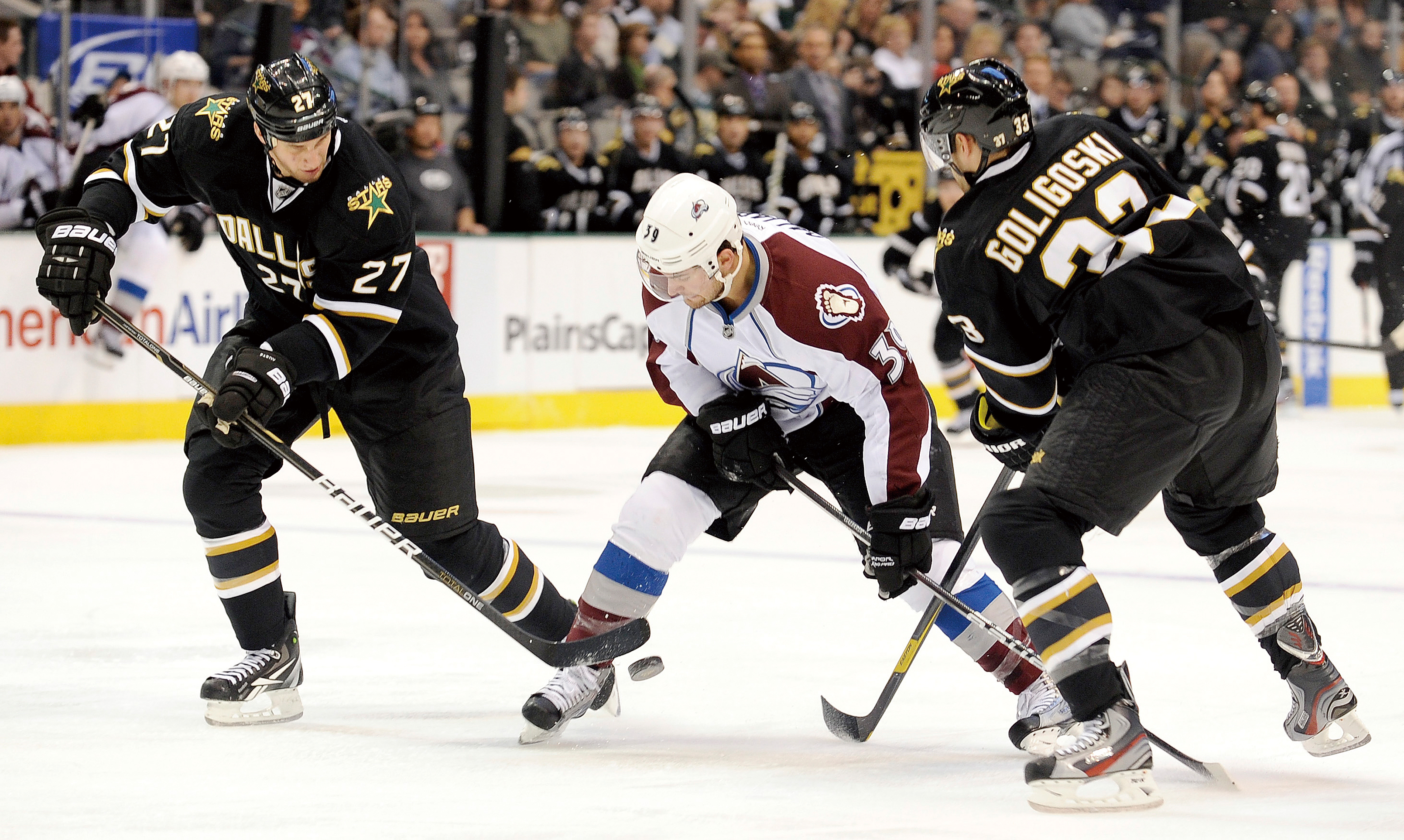 Loui Eriksson scored his second goal of the night at 3:55 of overtime as the Dallas Stars beat the Colorado Avalanche 7-6 Friday night.
With the game tied at 6, Eriksson’s got his eighth goal of the season as his centering pass deflected in off Avalanche defenseman Erik Johnson.
Matt Duchene put Colorado in front 6-5 at 8:22 of the third period with his third goal of the night and first career hat trick. Duchene’s shot from the low slot glanced into the net off Stars goaltender Kari Lehtonen’s arm.
However, Stephane Robidas’ point shot with 4:10 left in the third tied the score at 6.
Daniel Winnik gave Colorado a 5-4 lead at 1:51 of the final period when he tucked a rebound past Lehtonen. Eric Nystrom’s rebound pulled Dallas into a 5-all tie at 6:01.
Sheldon Souray scored his 100th career goal during Dallas’ four-goal second period that included power-play tallies from Souray, Eriksson and Alex Goligoski.
Vernon Fiddler added an even-strength goal in the second as the Stars seemed to take control after trailing 2-0 in the first period.
But the Avs rallied to tie it at 4 on goals by Duchene and Paul Stastny over the final 2:15 of the second period.
Jay McClement added his first goal of the season and Ryan Wilson had three assists for Colorado.
McClement fired a rebound past Lehtonen to give Colorado the lead at 5:36 of the opening period.
Duchene’s first goal of the night at 12:17 of the first period came on the game’s first power play with a blast from the left circle that eluded a screened Lehtonen.
The Stars were outshot 13-3 in the first 20 minutes and lacked energy after being off since last Saturday night’s 3-1 home win over New Jersey.
Eriksson cashed in on Dallas’ first power play of the night when he followed his own shot from the slot for his seventh goal of the season. The puck fluttered into the air and behind Varlamov at 5:39 of the second period.
Souray tied it at 2 on a blast from the right point at 12:24 of the second period, and Fiddler put Dallas in front from the left circle at 15:21.
Goligoski scored from just inside the blue line at 17:02 on Dallas’ fourth straight power play of the period, giving the Stars a 4-2 edge before the Avs rallied late in the period.
Dallas forward Adam Burish sustained a facial cut in the final minute of the first period when he was hit by Winnik’s high stick. No penalty was assessed, however, much to the displeasure of Stars fans, but league officials said in a email that Winnik wasn’t penalized because his high stick came on a follow-through.
Burish received treatment and was back on the ice for the start of the second period.