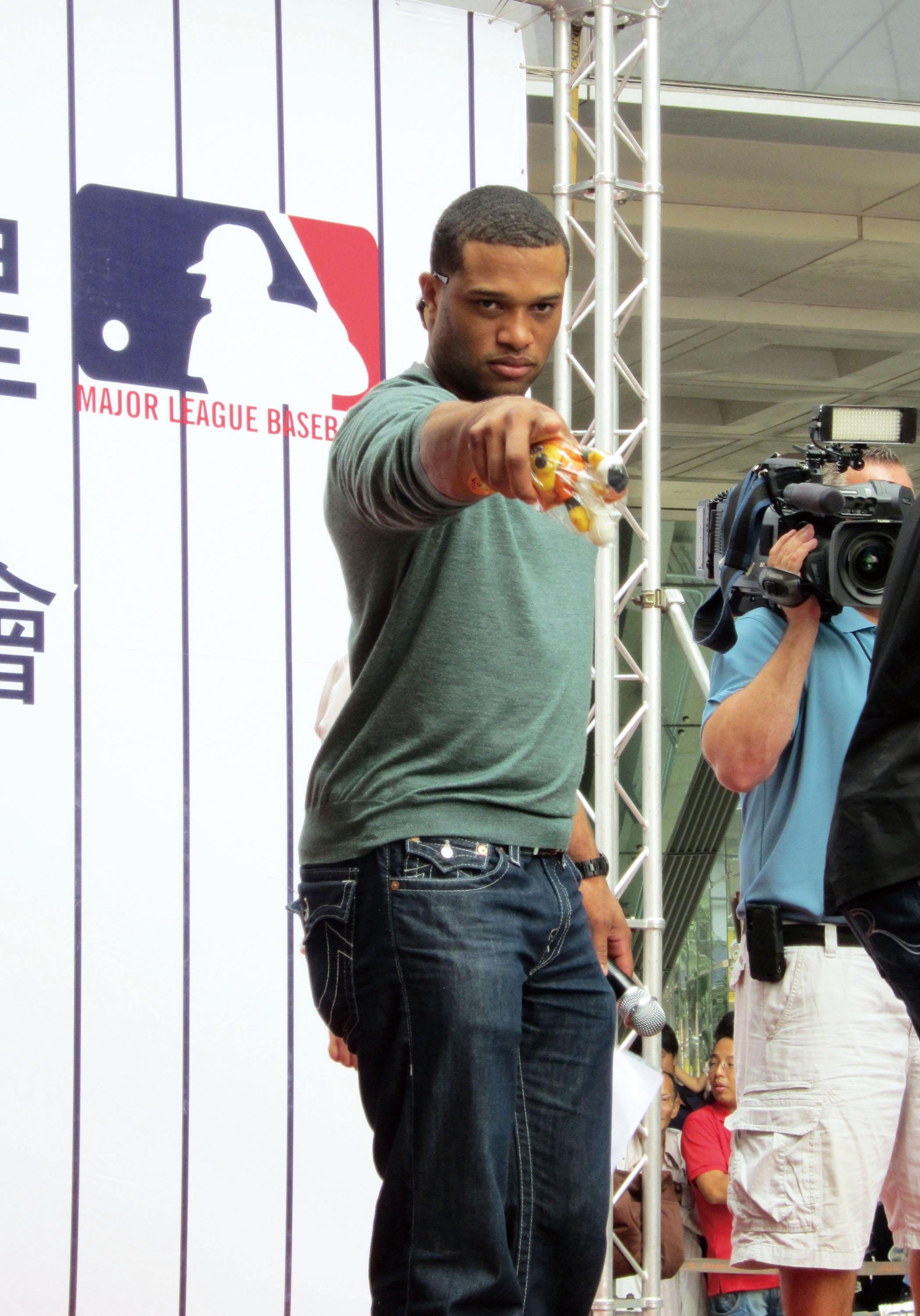 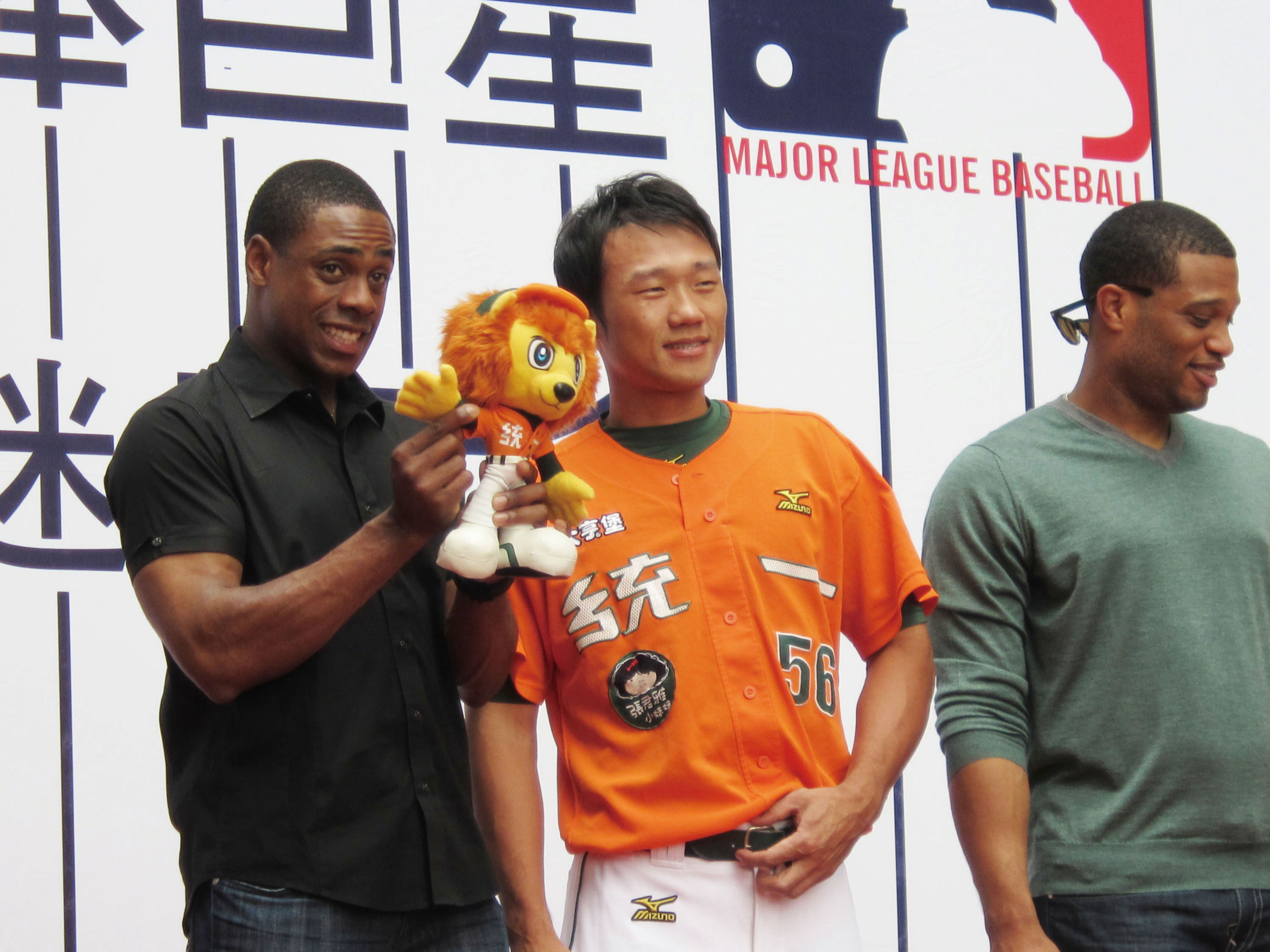 Two New York Yankees players, who are in Taiwan for a five-game exhibition series that pits Major League Baseball (MLB) players against Taiwan’s national team, expressed their gratitude Sunday for the hospitality and passion shown by Taiwanese fans.
At a fan event in Kaohsiung, Curtis Granderson and Robinson Cano said they were very happy to visit Taiwan and have enjoyed their stay very much.
“Thank you very much. We appreciate you guys having us here,” said Granderson. “People everywhere are hospitable, enjoyable, knowledgeable, energetic.”
Granderson, who led the Major Leaguers with 136 runs this past season, slugged a grand slam in the first game of the Taiwan series and charmed most Taiwan fans.
Meanwhile, Robinson’s father Jose Cano, who pitched briefly in the major leagues for the Houston Astros in 1989, also attended the fan meeting.
Jose Cano, who played for Taiwan’s Uni-President Lions from 1992 to 1994 and the Wei Chuan Dragons from 1998 to 1999, said he was also excited to come back to his “second home,” Taiwan.
Jose Cano, who is scheduled to flying back to the United States on Sunday evening, said he wished he could stay longer to spend more time with his old friends and fans.
The baseball stars did not have much time to interact with the fans after throwing some Uni-President souvenirs into the crowds, as the fifth and final exhibition series was scheduled to begin at 2 p.m.
Taiwan’s national baseball team has lost four straight games and local fans are hoping for the team’s first win Sunday afternoon as Taiwanese star Chien-Ming Wang of the Washington Nationals will be starting for his home country.