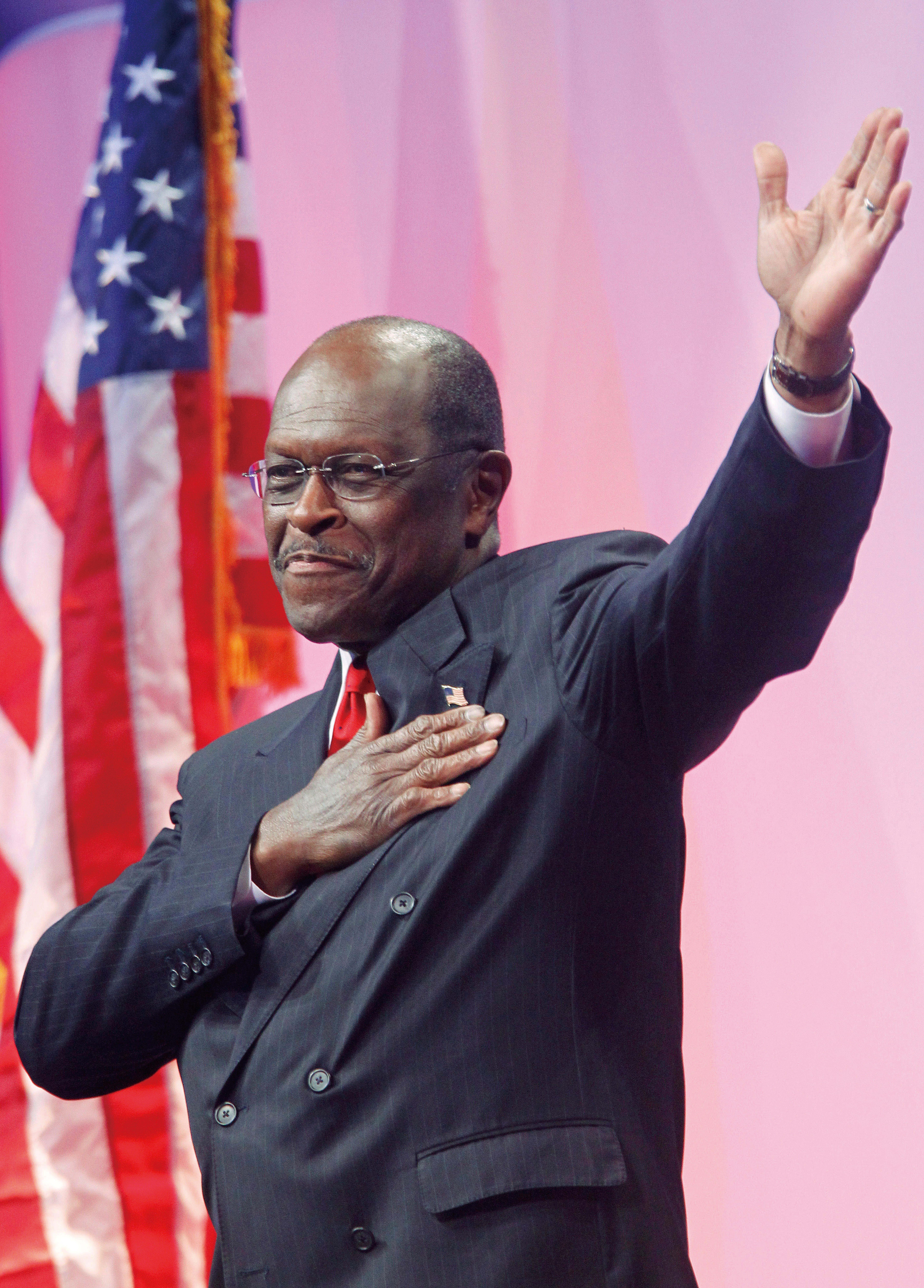 Herman Cain is taking his campaign to a new platform: late-night television.
ABC’s “Jimmy Kimmel Live!” said Friday that the Republican presidential hopeful will be a guest on the show Monday.
Cain may be in need of a few laughs with Kimmel. Although Cain has risen in voter polls, the one-time Godfathers Pizza CEO has been confronting more than decade-old allegations of sexual harassment made when he was head of the National Restaurant Association.
Cain has repeatedly denied ever sexually harassing anyone and tried to return to normal campaigning Friday with a speech in Washington, D.C., about the economy.