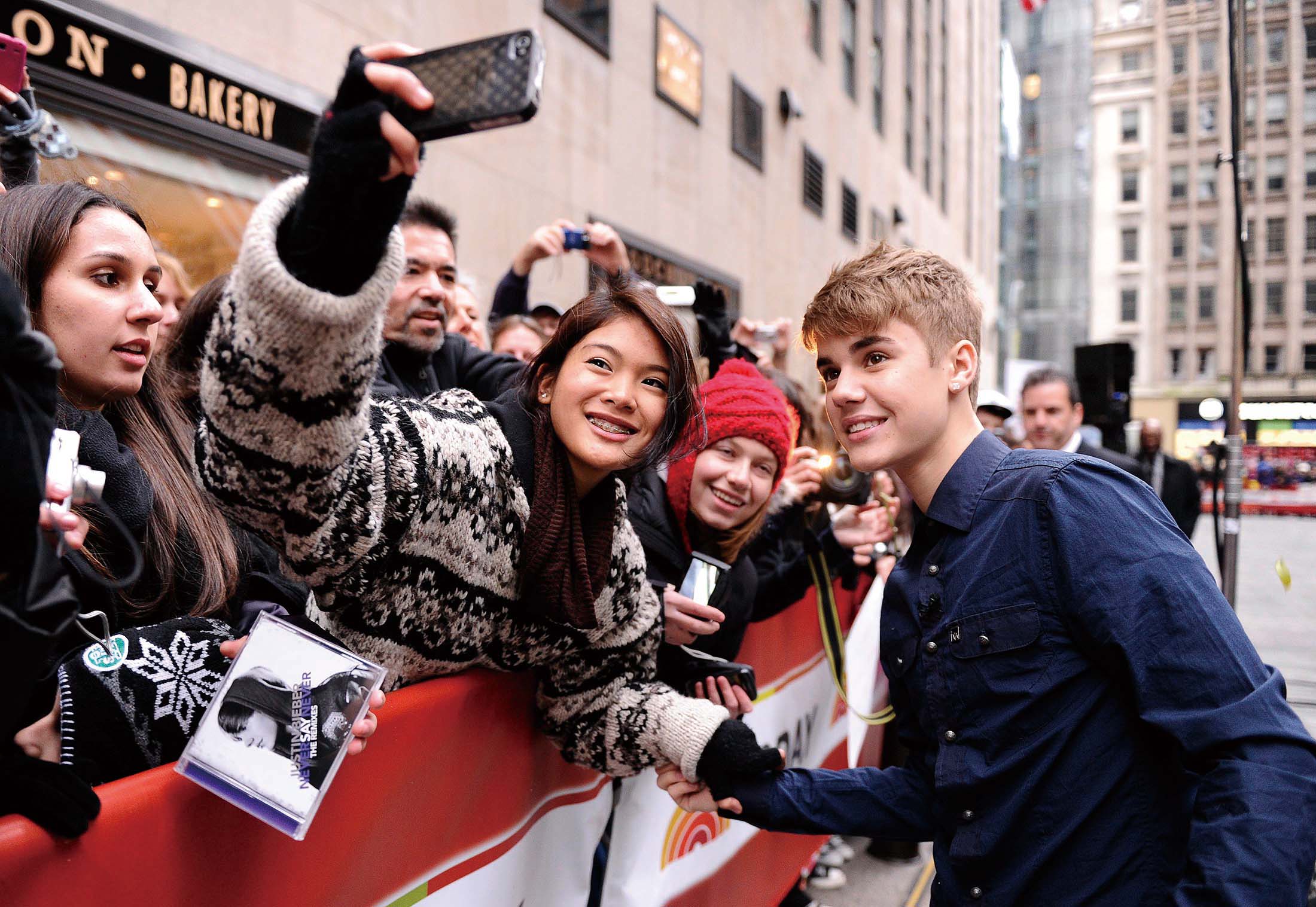 Justin Bieber has denied allegations he fathered a child in a backstage bathroom and says he has never met the woman who filed the paternity suit against him.
“To set the record straight, none of it is true,” the 17-year-old teen heartthrob declared Friday during a brief appearance on NBC’s “Today” show.
As mobs of fans screamed adoringly in Rockefeller Plaza, Bieber called it “crazy” that anyone would make up such a story.
“I know I’m going to be a target, but I’m never going to be a victim,” Bieber told “Today” host Matt Lauer. “It’s crazy, because every night after the show I’ve gone right from the stage right to my car. So it’s crazy that some people want to make up such false allegations.”
The singer attracted what appeared to be hundreds of fans as he briefly chatted with the “Today” hosts, straining to be heard above the earsplitting screams.
The paternity suit was filed in San Diego Superior Court by Mariah Yeater earlier this week. She had just turned 19 when she says she and Bieber, then 16, had a brief sexual encounter after one of the singer’s concerts last fall at Los Angeles’ Staples Center.
She said she gave birth to a boy in July and believes Bieber is the father because there were no other possible men she had sex with at that time.
Asked if he knows Yeater, Bieber told Lauer, “Never met the woman.”
Yeater is asking a judge for child support and a paternity test. A hearing is scheduled for Dec. 15. Her lawyer has described her as a stay-at-home mother who is looking for adequate child support if a paternity test determines Bieber is the father.
Meanwhile, in Las Vegas on Friday, court records revealed that Yeater faces a bench trial Dec. 12 on a misdemeanor battery charge that could get her six months in jail and a $1,000 fine. She has pleaded not guilty in the case.
A police report says Yeater, who attended high school in Las Vegas, slapped her 18-year-old ex-boyfriend on Dec. 21, 2010. The two were arguing about a window broken on the car of his new girlfriend.
And in Los Angeles, police have said Yeater could be investigated for having had sex with a minor in connection with the Bieber claim. It’s illegal in California to have sex with someone under age 18. If the other person is not more than three years older, it is a misdemeanor, which carries up to a one-year jail sentence.
Along with knocking down rumors, Bieber’s “Today” appearance was apparently timed to the release of a Christmas album.
“It’s hard to record a Christmas album in September,” he said.
Bieber returns to “Today” for a live musical appearance on Nov. 23.