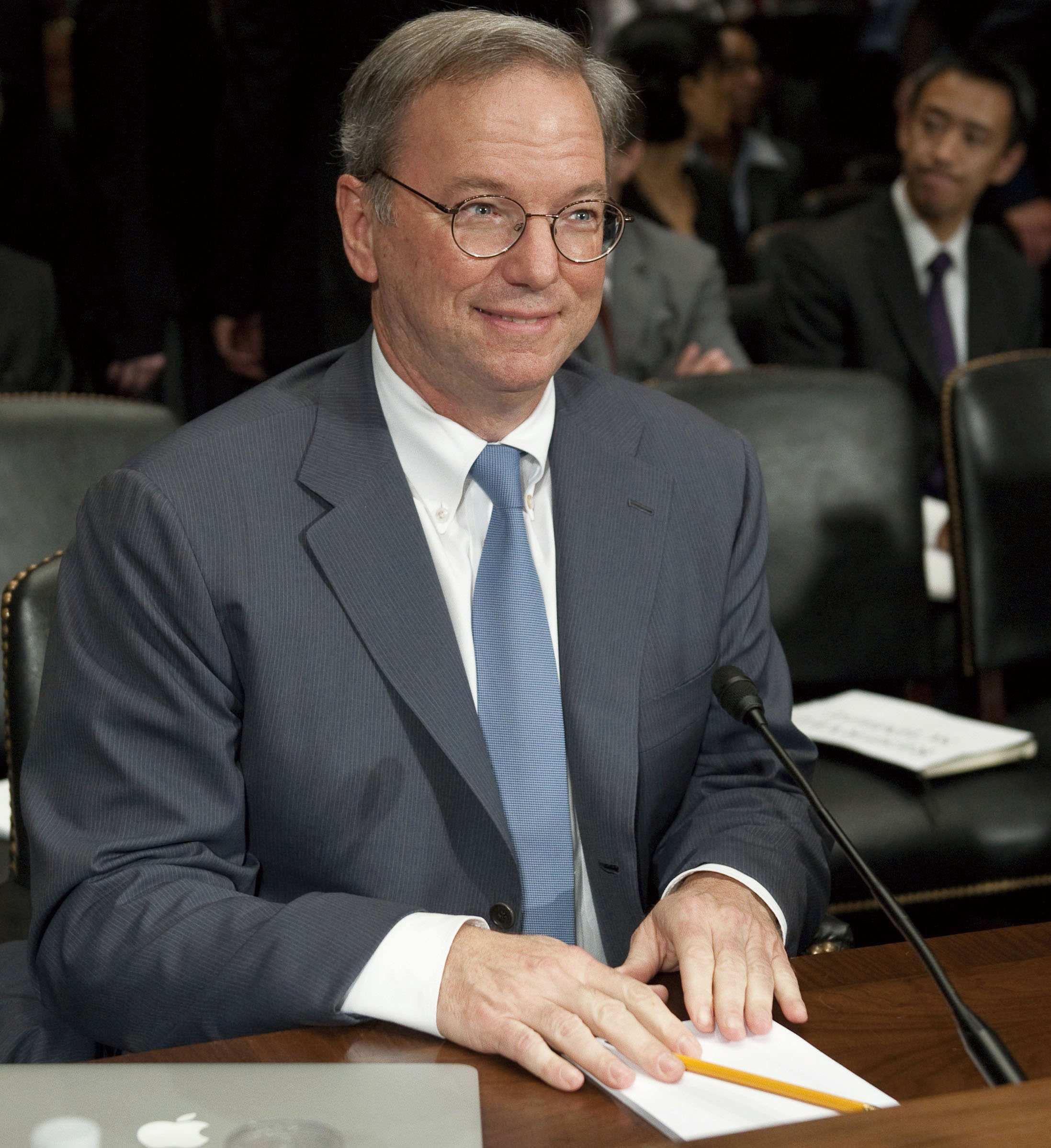 Google Inc. Chairman Eric Schmidt is scheduled to visit Taiwan for the first time on Nov. 9 to meet with some key partners in the country.
Schmidt will deliver a keynote address, titled “The Incredible Exploration,” on how the IT industry engages in innovation, according to a press release Friday.
After the speech, the 56-year-old industry veteran, who stepped down as Google’s CEO in April this year, will also hold a panel discussion with Acer Inc. Founder Stan Shih.
During his one-day visit, Schmidt is also scheduled to call on the chairpersons of several leading technology companies, including Cher Wang of HTC Corp., Terry Gou of Hon Hai Precision Industry Co., Tsai Ming-kai of MediaTek Inc., Barry Lam of Quanta Computer Inc., and Jonney Shih of Asustek Computer Inc., according to the Commercial Times.
Schmidt will also meet with officials of the Ministry of Economic Affairs (MOEA), the paper said.
Google’s announcement on Sept. 28 of a plan to build a new data center in Taiwan was welcomed by the MOEA as project that would draw more foreign investment.
Google plans to invest over US$100 million (NT$3 billion) to acquire 15 hectares of land in Changhua County to build the data center that would provide the search engine’s users in Taiwan and Asia with faster access to its services.
The facility is expected to create five to 20 full-time jobs and will also use a small number of part-time and full-time contract workers, including computer technicians, electrical and mechanical engineers, and catering and security staff.
In May, Google also said it would build a research and development center in Taiwan for its Chrome operating system exclusively, as part of its efforts to promote the emerging platform in business and educational markets.
Google said it would expand its manpower in the R&D center in Taipei by hiring more local engineers to build a new operating ecosystem with Taiwan’s original equipment manufacturers and original design manufacturers.