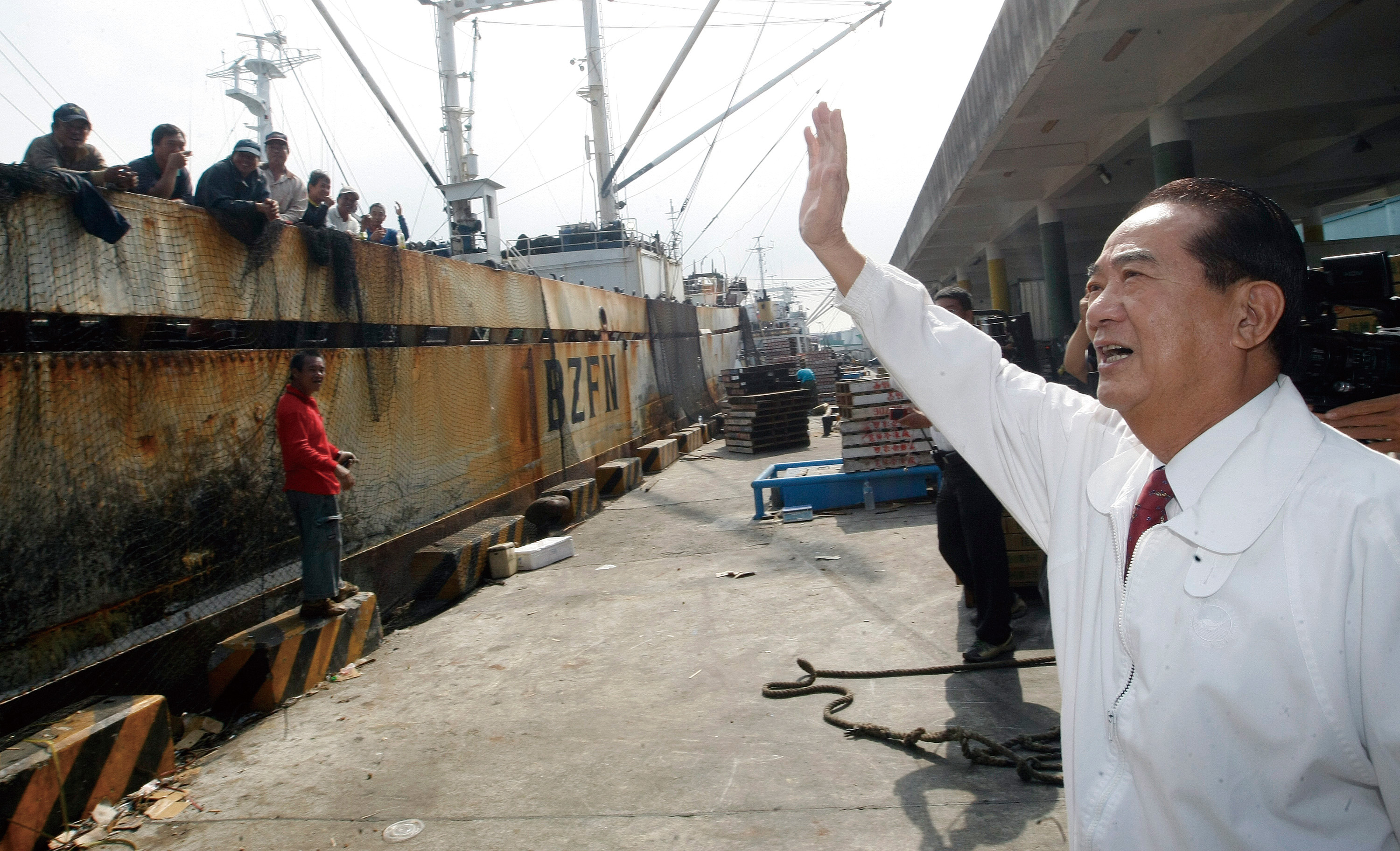 People First Party (PFP) chairman and presidential aspirant James Soong had harsh words Friday for a former American Institute in Taiwan (AIT) official who portrayed Soong in a less-than-flattering light in a 2006 cable leaked on Wikileaks.
The cable in question, which was sent from AIT’s Taipei office on Nov. 29, 2006 and signed by director Stephen Young, depicted Soong as trying to make a political deal before the Taipei mayoral election, which was held on Dec. 9 that same year.
“Soong apparently hoped but failed to trade his support for Ma’s 2008 presidential bid in return for Ma’s agreement to support Soong as the ‘pan-blue’ Taipei mayoral candidate,” the cable read.
“Rumors continue to circulate that Soong might withdraw from the race if Ma and the KMT agree to reserve certain legislative districts for PFP candidates in 2007.”
In describing Soong’s failure to generate campaign momentum, the cable said it “may reflect widespread public perceptions that he is a spoiler and a political opportunist.”
Soong eventually finished far behind winner Hau Lung-bin of the Kuomintang and Frank Hsieh of the Democratic Progressive Party with just over 4 percent of the vote.
After the cable was played up in the local media, the veteran politician responded Friday that Young was “lousy” and “rude” and denied having tried to make any deal ahead of the 2006 election.
Instead, he hinted that the cables reflected a grudge Young had against him.
“Many of the cables do not conform to the effects, and this Mr. Stephan Young is especially lousy and an ugly American because he tried to threaten the PFP into supporting arms purchases,” Soong said.
“But the PFP was the political party most opposed to big ticket military purchases. They wanted us to buy Kidd frigates. How could I agree? So he (Young) was very impolite to me, and I was very impolite to him.”
Soong also said he requested that the U.S. conduct a probe into the controversial election-eve shooting incident in 2004 in which then-President Chen Shui-bian was shot and slightly injured while canvassing for votes in Tainan.
Chen won the election the next day by a razor-thin margin, and Soong, who was the vice presidential candidate on the losing ticket with Lien Chan, along with others in the pan-blue camp had suspicions about the shooting and felt it cost them the election.
U.S. officials openly promised him and Lien an investigation committee would be formed, but the U.S. failed to deliver on its promise, Soong said.
Soong indicated, however, that he did not want to engage in a war of words.
“It is not important to be a senior official. What’s important is to serve the people,” he said.