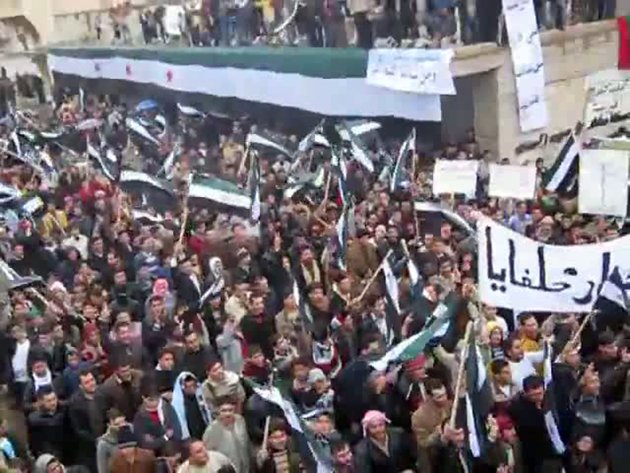 (AFP) Damascus on Saturday strongly condemned Washington after the US State Department advised Syrians against surrendering following an amnesty for those who give up weapons.

"The American administration disclosed again its blatant interference in Syria's internal affairs, and its policy which supports killing, in addition to its funding of the terrorist groups in Syria," SANA state news agency said citing a foreign ministry official.

Syria's interior ministry announced an amnesty on Friday for people who surrender their weapons between Saturday and November 12 in a concession to mark the Eid al-Adha feast, state television reported.

"I wouldn't advise anybody to turn themselves in to regime authorities at the moment," said spokeswoman Victoria Nuland, adding Assad's regime had so far failed to live up to a deal to end eight months of violence struck on Wednesday.

"This would be about the fourth amnesty that they've offered since I took this job about five months ago," she told reporters. "So we'll see if it has any more traction than it's had in the past."

SANA, citing the ministry official, said Syria "condemns these irresponsible statements which only aim at inciting sedition, supporting the acts of killing and the terrorism practiced by the armed groups against the Syrian citizens."

"The Syrian government calls on the international community to stand against these policies which contradict with the provisions of the international law and the UN Security Council's resolutions related to combating terrorism and financing it," added the English-language report.