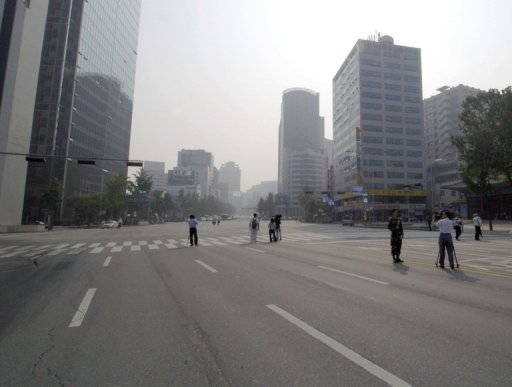 Two sections of road in the South Korean capital Seoul are to be repaved after they were found to be radioactive, according to officials.

Alarmed by the nuclear disaster in northeastern Japan in March this year, some South Koreans bought Geiger counters and use them to survey their own neighbourhoods.

A resident in northeastern Seoul's Nowon area reported to authorities this week that she had found high levels of radioactivity on the road near her apartment, district official Kim Se-Yul told AFP.

Checks by the local authority found radiation levels 10 times higher than normal in two segments of the roadway, he said, but the amounts involved posed limited health risks.

"The source of radioactivity has apparently nothing to do with the nuclear disaster," he added.

According to the Korea Institute of Nuclear Safety an hour-long exposure to the road every day for an entire year would amount to less than half the annual permissible dose of radiation.

Where the radioactivity is coming from remains unconfirmed but experts believe it is from materials added to asphalt when the roads were repaired in 2000, the Joongang Daily said.